STREET SIGNS - The Wrinkles of the City 2 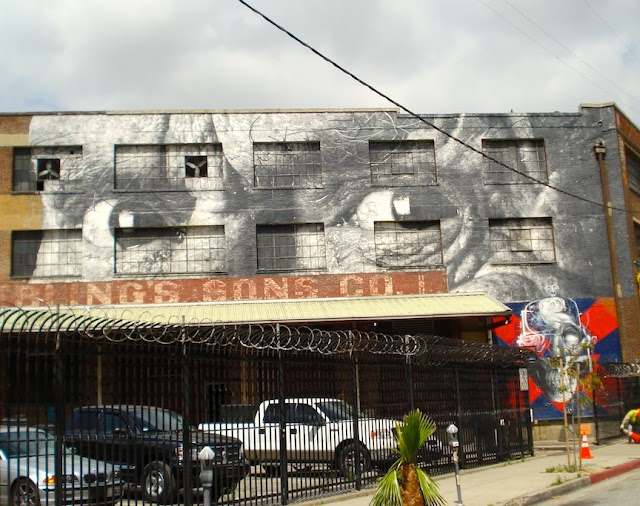 A couple of months ago I caught an airing of INSIDE OUT: The People's Art Project on HBO, a film documenting JR's global art project that he created after winning the TED prize in 2011. It reminded me of the moving images that the French artist installed throughout Los Angeles that same year as part of his The Wrinkles of the City series, one of which served as the very first Street Signs. I captured another of JR's elderly faces on the back of the building that houses Angel City Brewery at 216 South Alameda Street in the Downtown Arts District. The eyes on this one are particularly captivating.

Posted by Jigsaw Magazine at 7:31 AM

Email ThisBlogThis!Share to TwitterShare to FacebookShare to Pinterest
Labels: Angel City Brewery, Downtown Arts District, eyes, Inside Out, JR, street art, The Wrinkles of the City