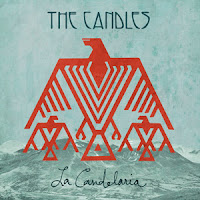 The Candles – La Candelaria (The End)
When considering the pedigree of frontman Josh Lattanzi (Juliana Hatfield, Ben Kweller, Albert Hammond Jr.), it's no stretch as to why SPIN named the Candles as having the "Best Out of the Shadows Set" at SXSW. And after listening to the New York fivesome's sophomore effort, it's clear that they are more than ready to step into the spotlight. Named for a historic neighborhood in Bogota, Colombia that Lattanzi visited while on tour, La Candelaria grabs you from the steel-guitar in opener "Blind Light" and sing-along chorus of "Believe You Now" through the head-bop inducing "What Happens Next." Catch them live when they pass through Los Angeles for a performance at the Hotel Café on July 19.

letlive. – The Blackest Beautiful (Epitaph)
After more than a decade, the L.A. heavy hitters are still going strong. With the release of their highly anticipated third album, the "soul punk" band, headed by Jason Butler – who came in at No. 1 on Kerrang's list of "The 50 Greatest Rockstars in the World Today" – are as sonically aggressive and intense as ever. While Butler passionate screams cause mosh pits to spontaneously erupt, his melodies are just as evocative of emotion on tracks like "White America's Beautiful Black Market," "Banshee (Ghost Fame)" and "Virgin Dirt."

Maps – Vicissitude (Mute)
Mercury Prize-nominated James Chapman returns with his third effort, which is the direct result of the three-year period he took for personal reflection and rearrangement after the release of 2009's Turning the Mind. He says, "The whole album is about change; it's about dealing with a struggle – whatever that may be – and ultimately coming through it." Vicissitude's 10 tracks take you from the soaring melodies of opening track "A.M.A.," uncontrollable dance beats of "You Will Find a Way" and depths of the title track. 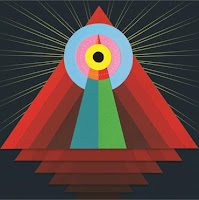 The Octopus Project – Fever Forms (Peek-A-Boo)
It's pretty much impossible not to smile when listening to music from the Austin quartet. Their fifth full-length continues to delight with experimental pop songs that are sure to be the life of any party. Go ahead, give "Whitby" or "Sharpteeth" a listen, and see if you can resist the temptation to get up and dance with a huge grin plastered on your face. Impossible, I say.

Film – Admission stars Tina Fey as a Princeton admissions officer who encounters a college acquaintance played by Paul Rudd and a student he thinks deserves a place at the school – and might be the child she gave up for adoption 18 years ago; Harmony Korine directs James Franco, Selena Fomez and Vanessa Hudgens in Spring Breakers

Music – Mindless Behavior's All Around the World
Also available – Assassins Tale; Boy; Crazy Kind of Love; Dead Man Down; The Expelled; For Richer or Poorer; The Gatekeepers; The Host; Mr. Hockey: Gordie Howe Story; The Power of Few; The Tower; Tyler Perry's Temptation; Women Who Kill; Would You Rather

Posted by Jigsaw Magazine at 11:45 AM