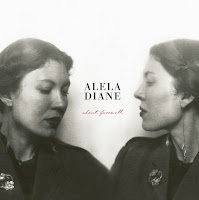 Alela Diane – About Farewell (Rusted Blue)
Hailing from Nevada City, Calif., but currently based in Portland, Ore., the folk singer-songwriter spent a year putting finishing touches on her latest album, which serves as a firm goodbye to former lovers, including her experiences in a recent divorce. Needless to say, the songs are somber, yet there is beauty in her complete truthfulness as evidenced in the black-and-white video for the title track. The stripped-down tracks are ideal for showcasing her emotional vocals. About Farewell served as her ultimate catharsis and can help listeners let go of their own pasts as well.

Buddy Guy – Rhythm & Blues (RCA)
It's no secret that Buddy Guy is one of my all-time favorite guitarists, and the Chicago bluesman celebrates his 77th birthday today with the release of a new double album. He co-wrote most of the tracks with drummer/producer Tom Hambridge, save for standards like "Poison Ivy," "Well I Done Got Over It" and "Messin' with the Kid," which is a duet with Kid Rock. Rhythm & Blues also contains guest appearances by Keith Urban, Beth Hart, Gary Clark, Jr. and Aerosmith's Steven Tyler, Joe Perry and Brad Whitford. Guy's shows are always amazing, so make sure not to miss the debut of some of these songs when he plays at the Hollywood Bowl on Aug. 21.

Robin Thicke – Blurred Lines (Interscope)
Even if you don't listen to Top 40 radio, it's been quite hard to avoid the title track from the R&B singer-songwriter's sixth album, Blurred Lines. The single, which features T.I. and Pharrell Williams, hit No. 1 on the Hot 100 back in June and has remained in the top spot ever since, propelling the crooner to worldwide superstardom. The album also boasts tracks produced by Timbaland and will.i.am, as well as a collaboration with Kendrick Lamar, the heavily electro club banger "Give It 2 U," that is admittedly not one of my favorites. However, longtime fans will enjoy "Ooo La La, "Ain't No Hat 4 That," and "The Rest of My Life," a love letter to his love since age 16, his wife Paula Patton. 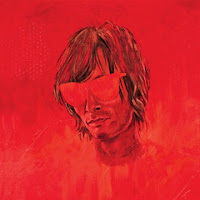 T. Hardy Morris – Audition Tapes (Dangerbird)
The co-founder of Dead Confederate and Diamond Rugs unveils his debut solo album, a collection of songs that he spent the past year crafting from his experiences over the past six years of touring. The singer-songwriter traveled from his home base in Athens, Ga. to producers Adam Landry and Justin Collins' studio in Nashville to record Audition Tapes, which Morris says is "largely about the hometown me and the other guys in Dead Confederate grew up in and the way a lot of the friends we had down there slipped away into their vices." You hear traces of country and new Southern Rock in the album's 10 tracks, from plaintive opener "Lucky" to the straight-forward beauty of closer "Own Worst Enemy."

Music – Bee Gees' One Night Only; Scorpions' Moment of Glory

Posted by Jigsaw Magazine at 9:40 AM