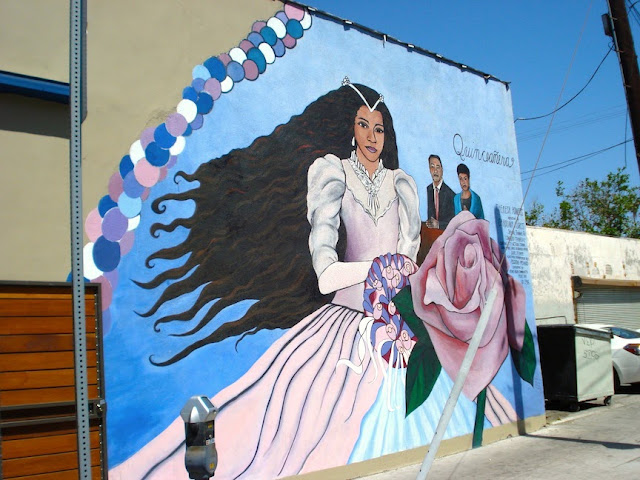 Theresa Powers' 1996 mural dedicated to the rite of passage for 15-year-old Latinas was threatened last year when Señor Fish moved into the former Pescado Mojado location at 1701 West Sunset Boulevard in Echo Park. When the new owners began renovating the Logan Street side of the building where the Quinceañera mural sits, Powers had OK'd its removal, so the bottom-left portion was sandblasted away. Upon further thought Powers changed her mind, and artist Kiki Giet began restoring the piece.