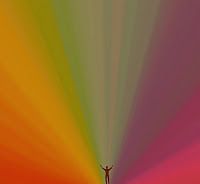 Edward Sharpe & The Magnetic Zeros – self-titled (Community)
The L.A. group chose to release their third album as a self-titled effort, and frontman Alex Ebert – also the producer of the 12 tracks – calls the songs the "rawest, most liberated, most rambunctious stuff we've done." For those who are already fans, you'll love the intimacy of "Remember to Remember" and "This Life," while newbies can get acquainted with the 10-member troupe's folksy sing-alongs with "Better Days" and "Two." If you can't attend their Aug. 4 show at the Hollywood Bowl but want to see them perform one of the new songs, tune in to "The Late Show with David Letterman" tomorrow night.

Filligar – Hexagon
If you've not yet heard of this quartet of three brothers and their childhood friend, their latest album, Hexagon, would be a perfect introduction before delving into their extensive catalog. The album caps off a whirlwind year for the Chicagoans, who in addition to endorsements from the likes of SPIN, American Songwriter and RSL Music, were handpicked by the U.S. State Department to perform in the Middle East as representatives of the "Best of the US Arts Community." From the gorgeous piano intro of opener "New Local" and infectious beat of "Knock Yourself Out" to the searing "Pacific Time" and mesmerizing guitar work on "El Trepador," the album is full of gems.

Kyle Andrews – Brighter Than the Sun (Elephant Lady)
I must confess that the Nashville-based singer-songwriter's new album has been in constant rotation on my playlist since I first listened to it. Aside from the fact that his lyrics are tongue-in-cheek clever and fun, his beats are incredibly catchy and danceable. Exhibit A: "Crystal Ball." It's so hard not to get up and dance whenever I hear that song. Album closer, "The Way to Wonder," is my favorite track, however. I just can't resist the handclaps and Andrews' stripped-bare delivery of utterly sweet words. 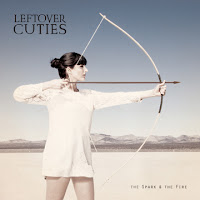 Leftover Cuties – The Spark & The Fire
Upon first listen, you may think the Leftover Cuties hail from a New Orleans during a bygone era, but after closer inspection you find that their jazzy sound – complete with upright bass, accordion, piano, brass, brushed drums, ukulele and Shirli McAllen's silky vocals – is tinged with noir. Their sophomore full-length continues to put their unique brand of noir-pop on display with the pulsating "One Heart," catchy "If Only It Could Be" and show-stopping ballads "Clarity" and "I've Been Waiting." The L.A. quartet is in the midst of a cross-country tour in support of The Spark & The Fire, but swing through their home base Aug. 21 at Bootleg Bar.

Sombear – Love You in the Dark (Trans-)
It's quite hard not to get swept up in the sonic creations from Minneapolis producer and songwriter Brad Hale (aka Sombear), as evidenced in the 10 songs of his debut album. Some may know him for his work with Now, Now or remixes of Tegan & Sara and Antwon tracks, but Sombear breaks out on his own with exploding drum machine beats, a barrage of synth effects and surprisingly intimate lyrics. Give "Incredibly Still" and the title track a spin, and you'll want to consume the rest of Love You in the Dark as well. 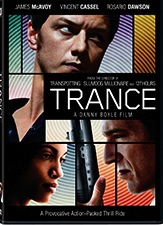 Film – Trance, Danny Boyle's follow-up to 127 Hours, centers around an art auctioneer (James McAvoy) who gets mixed up with ruthless criminals. Also starring: Rosario Dawson and Vincent Cassel; Austin Stowell and Liam Hemsworth are two young soldiers during the summer of '69 in Love and Honor

Posted by Jigsaw Magazine at 9:07 AM