The Uncluded @ First Unitarian Church (Koreatown)
The duo of rapper Aesop Rock and singer-songwriter Kimya Dawson released their first album of collaborative tracks, Hokey Fright, in the spring and are in the midst of a North American tour, stopping in Los Angeles tonight. You might not expect two such seemingly polar opposite artists' styles to mesh well, but his abstract, spitfire raps married with her childlike vocals, but they make for a endearingly quirky mix. They may have started out as pen pals, but they've developed into a harmonious partnership that is sure to be exciting on stage.


US Open of Surfing @ Main Street & PCH (Huntington Beach)
I have so many awesome memories from past outings to this event, and it's the one time of year I truly love returning to my OC roots to be in Huntington. Whether you're there to cheer on your favorite pros in the surf, BMX or skate contests, catch a movie or band (The Faint, Modest Mouse and Matt Costa among others) on the beach or simply to people watch, there is tons of fun to be had for those of any age.


In Theaters This Week
Woody Allen's Blue Jasmine stars Cate Blanchett, Alec Baldwin, Louis C.K. and Bobby Cannavale; Aubrey Plaza is so funny, and she's the only reason I would even consider reliving the early '90s through The To Do List, which also stars Bill Hader, Alia Shawkat and Rachel Bilson; The Wolverine (Hugh Jackman, duh) is pushed into the Japanese world of yakuza and samurai as he battles new enemies and the ghosts of his past. Also in theaters: Breaking the Girls; Frankenstein's Army; Stranded; The Time Being


"Chicago" @ Hollywood Bowl (Hollywood)
For all the hoopla surrounding Anne Hathaway's performance in Les Mis, I think UK stage fixture Samantha Barks' turn as Eponine was just as remarkable. Barks stars as Velma in the Brooke Shields-directed production of "Chicago" running through Sunday at the Bowl, and I can't wait to see her version of "All That Jazz." Drew Carey, Lucy Lawless, Stephen Moyer (aka vampire Bill of "True Blood") and Ashlee Simpson also get their 1920s razzle-dazzle on in the musical, which the Bowl promises will steam up the night with "sass, brass and ass!"


National Dance Day @ Grand Park (Downtown)
Yes, I was one of those little girls who dreamed of becoming a ballerina, and there is one TV show that I never miss, "So You Think You Can Dance," to revisit my childhood fantasies. In 2010, the show's co-creator Nigel Lythgoe launched National Dance Day, an annual celebration encouraging Americans to embrace dance as a way to maintain health and combat obesity. Each year, his Dizzy Feet Foundation creates instructional videos for people to learn and eventually perform the routine together as part of National Dance Day. The dance event starts at 10 a.m., and Nigel will be on hand along with other "SYTYCD" regulars. That night is also a Celebration of Dance at Dorothy Chandler Pavilion, featuring several amazing dance troupes, as well as "SYTYCD," Step Up and "Dancing with the Stars" dancers.


Bruno Mars @ Staples Center (Downtown)
You may try to deny it, but deep down I think everyone is a Bruno Mars fan. Whether you hum "Just the Way You Are" to yourself in the mirror, have one-person dance parties to "Treasure" and "Locked Out of Heaven" or cry yourself to sleep with "When I Was Your Man," it's like his songs are ingrained in our culture's subconscious. Unleash your inner Hooligan with thousands of others during his two-night stand at the Staples Center with the fabulous Ellie Goulding. 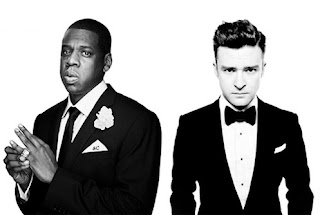 
Legends of Summer Tour @ Rose Bowl (Pasadena)
Many say that Bruno Mars is the new JT, but I'm sorry, there is only one Justin Timberlake. So this is unquestionably the show of the week. If you don't trust my judgment about JT, then just take a gander at who his partner is for this tour, Jay (no longer with a hyphen) Z, who on his own would make this a don't-miss concert. You probably don't want to wear heels with your "Suit & Tie" to successfully navigate the Rose Bowl steps and grass, but regardless of your attire, you are undoubtedly going to be required to throw some diamonds in the sky.


System of a Down @ Hollywood Bowl (Hollywood)
The L.A. foursome haven't released a new album since 2005's Hypnotize, but they've continued to maintain a presence at music's forefront through Scars on Broadway and various solo endeavors, as well as continuing awareness campaigns for the Armenian community. After reuniting to perform at various European festivals, SOAD are putting on their lone US show here in their hometown, and they couldn't have picked a better venue to show off their explosive brand of rock at than the Bowl.

Posted by Jigsaw Magazine at 10:31 AM