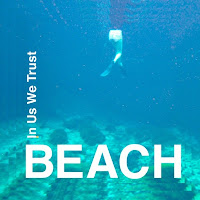 Beach – In Us We Trust (Short Story)
Up until this album, Bitch's birth name of indie-electro artist Karen Mould was a secret. With In Us We Trust, the songwriter, vocalist and electric violinist sheds her previous persona and embraces the new moniker of Beach, a place where she describes everything shifts: "Rocks become sand, water meets earth, birds screech, tides turn and colors collide." Mould in turn left Brooklyn, her home of 15 years, behind for Los Angeles, and the city breathes its energy into the album's 11 tracks, from thundering opener "Ibuprofen" and sultry "Love Was a River" to the bubbling title track and ukulele-filled closer "O' Packaging." Change has unquestionably done her good.

Dreamers Dose – At Least We're Happy (Vector)
It's not that surprising to find out how young the four Angelenos of the psych-rock group are after listening to their debut since each track explodes with youthful energy and seethes with angst. Produced by Alain Johannes (Queens of the Stone Age, Them Crooked Vultures), At Least We're Happy puts Dreamers Dose's influences on display – you can especially hear echoes of QOTSA on "The Calm" and garage-rock tones of Black Rebel Motorcyle Club throughout–  and firmly asserts that the band is beginning to make their own mark on the L.A. scene. Catch their performance at the Sunset Strip Music Festival Aug. 1. 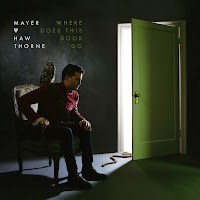 Mayer Hawthorne – Where Does This Door Go (Republic)
With the release of Where Does This Door Go's first single, "Her Favorite Song," back in May, it seemed like everyone and their mama started jumping on the Mayer Hawthorne train, but I'm not complaining. It's high time the soulful singer-songwriter receives the attention he deserves. The songs that fill his third studio album are the perfect introduction to his modern take on the classic style of his native state's signature Motown sound, Curtis Mayfield and Barry White, and at the same, time they cull from his more contemporary influences like J Dilla and the atmosphere of his current home base of Los Angeles. The album's release show tomorrow at the Troubadour is sold out, so most Angelenos will unfortunately have to wait a while for another hometown performance. They will, however, have plenty of time to get acquainted with the new standout tracks like "The Only One," "Wine Glass Woman" and "Corsican Rosé."

San Cisco – self-titled (RCA)
There's been buzz surrounding the Australian quartet ever since they started making waves in 2011, and they are finally releasing their debut. The members range in age from 18 to 20, and the album reflects their collective sunny outlook on life, whether the lyrics deal with relationships, growth or just life in general. Tracks like "Fred Astaire," "Awkward" and "No Friends" are just a sampling of the fun and carefree times to be had with the Aussies. San Cisco wrap up their current U.S. tour on Aug. 13 at the Echoplex. 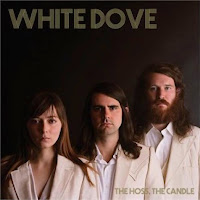 White Dove – The Hoss, The Candle (RSRCH + DVLP)
The L.A. trio formerly known as Monster perfectly encapsulate the feel associated with modern California rock on their new album produced by Dave Trumfio (Wilco, Grandaddy, My Morning Jacket). Echoes of psychedelia, classic rock and soft rock can all be heard in White Dove's dark-pop sound. Alex Johnstone's ethereal vocals soar over the wails of a pedal steel on tracks like "I Saw You" and "Come On In To Hell," while songs like "Cold Mountain" and "Old French Clothes" get your toes tapping. Join them for The Hoss, The Candle's release show this Thursday (July 18) at El Cid.

Film – Brian Helgeland directs Harrison Ford and Chadwick Boseman as Jackie Robinson in 42; The documentary Bidder 70 tells the story of Tim DeChristopher, who disrupted a BLM oil and gas leasing auction in 2008 in the name of the climate justice movement; Evil Dead is the fourth installment of the franchise and was co-written and directed by Fede Alvarez

Posted by Jigsaw Magazine at 12:23 PM