The Postal Service 2013
This year marks the 10th anniversary of the release of Ben Gibbard and Jimmy Tamborello's synth-pop project, the Postal Service's, one and only album. Give Up is not only its label, Sub Pop's, second-highest selling album (Nirvana's Bleach is the highest.), it's also one of my favorite albums of all time. In commemoration of the anniversary, Sub Pop plans to release a deluxe edition of Give Up, and a tour – including an appearance at Coachella – is rumored to be in the works.


Bad Religion – True North (Epitaph)
It's been about 34 years since they formed and this is the band's16th studio album, yet Bad Religion are still as relevant as ever. True North is chock full of their trademark biting yet eloquent lyrics, and songs like "Robin Hood in Reverse" and "Land of Endless Greed" are sure to get mosh pits going. They play s sold-out show at the Echo tomorrow night, but at 3 p.m. (PST) today you can watch a short live set and Q&A being broadcast from KROQ's Red Bull Sound Space via their website.

Big Harp – Chain Letters (Saddle Creek)
I've seen Stefanie Drootin-Senseney perform with Bright Eyes, She & Him and the Good Life – the band she was playing with when she met future husband and Big Harp musical partner, Chris Senseney. Her vibrant energy is undeniable on stage and no less palpable on Chain Letters, while his sensual, sonorous voice drips lyrical stories. See them at a free in-store tonight at Origami Vinyl or Friday night at Hotel Café.

FIDLAR – Self-titled (Mom & Pop)
One of the year's most anticipated albums, the L.A. quartet's self-titled debut explodes with frenetic screams, howls and screeches underlined and accentuated with infectious basslines and drum beats to get any crowd moving. Since 2009, FIDLAR has cultivated their sound, relentlessly touring with the likes of Black Lips, OFF!, Japanther and the Hives and releasing two EPs. Catch them at the LA Fort in Downtown tonight or at Amoeba for a free in-store on Thursday. 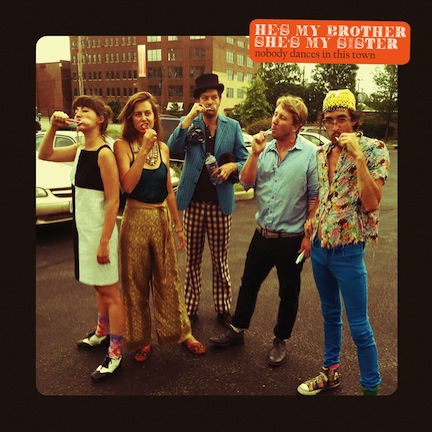 He's My Brother, She's My Sister – Nobody Dances in This Town (Park the Van)
Hands down one of the hottest new acts in Los Angeles, the fivesome – headed by sibling vocalists Robert and Rachel Kolar and featuring tap-dancing drummer Lauren Brown – is completely unique. From foot-stomping blues and cabaret, clap-along folk and all-out glam rock, He's My Brother, She's My Sister does it all – and they do it all very well. Trust me, you're going to love them.

The Joy Formidable – Wolf's Law (Atlantic)
The Welsh trio broke out in 2011 with "Whirring" off The Big Roar and decided to hunker down in a tiny town in Maine to write a follow-up, resulting in Wolf's Law. Boasting tracks like "Maw Maw," "This Ladder Is Ours" and "Bats," the Joy Formidable is poised to make turn even more heads with this release. 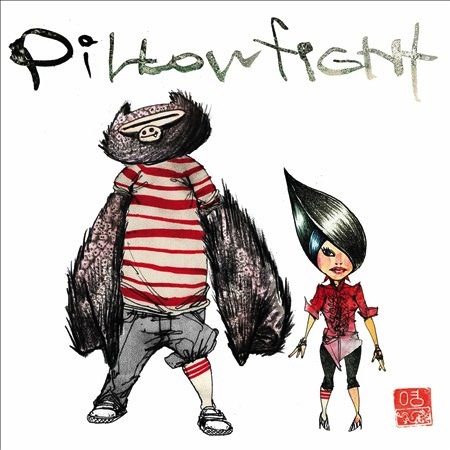 Whether it's his work with Handsome Boy Modeling School, Detron 3030, Gorillaz or Head Automatica, Dan the Automator is one of my favorite producers. Pair his prowess with the sultry lead vocals of hip-hop violinist Emily Wells, Kid Koala on the 1s and 2s and Lateef the Truthspeaker contributing backing vocals, and you have a bona fide supergroup in Pillowfight. Their self-titled debut's tracks will have you head-nodding, while it's artwork by David Choe will have you oohing and aahing.

Posted by Jigsaw Magazine at 8:50 AM