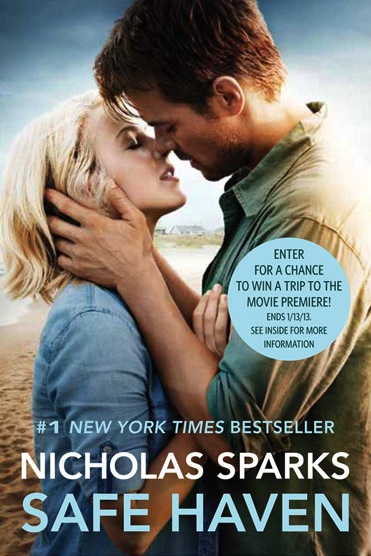 
Nicholas Sparks @ Barnes & Noble (The Grove)
The bestselling author whose novels, such as The Notebook, A Walk to Remember and Dear John, have successfully transitioned to the big screen celebrates the adaptation of his 2010 book Safe Haven with a signing at Barnes & Noble. The film, directed by Lasse Hallström and starring Josh Duhamel and Julianne Hough, releases on Valentine's Day.


Gilt Groupe Warehouse Sale @ Siren Studios (Hollywood)
Every so often the online shopping destination hosts a massive event where designer men's and women's clothes, shoes and accessories from labels like Rag & Bone, Cynthia Rowley and Carolina Herrera are all on sale. Tickets for the Friday preview are $25, while various time slots on Saturday are $5-$20.


In Theaters This Week
Hansel & Gretel: Witch Hunters puts a new spin on the old story with Jeremy Renner and Gemma Arterton as the title siblings; Paul Giamatti and Rob Mayes in the adaptation of David Wong's John Dies at the End; An interconnected series of shorts about finding the most banned movie in the world, Movie 43 boasts an all-star cast that includes Kate Winslet, Emma Stone, Dennis Quaid and Seth MacFarlane; Parker stars Jason Statham and Jennifer Lopez.


In This Together Album Release Show @ Echo Country Outpost (Echo Park)
Join HeyDay Media Group artists in celebrating the release of the In This Together compilation. All proceeds from the album go directly to Sound Art as well as the recording artists that include RT 'N the 44s, Jim Reynolds, Fort King and Tommy Santee Klaws.

Doug Benson's Movie Interruption @ The Cinefamily (Mid-City West)
The collective sobs of tweens lamenting the conclusion of the Twilight film franchise still echo in the pop culture atmosphere, and who better to send the series off with a firm kick in the ass than Doug Benson and his comedy cronies. His pals include everyone from Sarah Silverman to Brian Posehn and Zach Galifianakis, so expect a lot of laughs in between the farewell tears during Twilight – Breaking Dawn, Part 2.


Adam Green & Binki Shapiro @ Bootleg Theater (Westlake)
You probably recognize Adam Green from the Moldy Peaches and Binki Shapiro from Little Joy, and they've joined forces to create a brand new, self-titled album (available today). Full of tracks that make you clap your hands, sway your hips and sing along, the album is a definite must-have, and makes me extremely curious to check the duo out live.


"The Gift" @ Geffen Playhouse (Westwood)
Don't be so sad over the cancellation of "Don't Trust the B in Apartment 23," all you James Van Der Beek fans. "The Gift"'s stellar cast includes Kathy Baker, Chris Mulkey, Jaime Ray Newman and Van Der Beek. Written by Australia's Joanna Murray-Smith, the play thrusts two drastically different couples – young artists Martin and Chloe, and middle-aged, rich traditionalists Ed and Sadie – while on vacation. The results are hilarious and thought provoking. Through March 10.

Willy Mason @ Hotel Café (Hollywood)
The Massachusetts singer-songwriter just released a new EP, Don't Stop Now, and is working on his third studio effort for release later this year. His family pedigree is deeply rooted in storytelling, so it's no wonder that Mason's lyrics are so enthralling. Witness his lyrical prowess and musical skills on display at Hotel Café.

Posted by Jigsaw Magazine at 9:05 AM