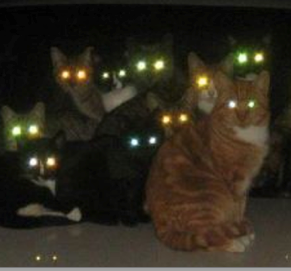 
There is definitely an aura of mystery surrounding the L.A. indie-pop group Verhoven. When you visit their website, a solitary image of a group of stray cats with glowing eyes greets you. The interactive site permits you to click on those eyes to hear songs from Verhoven's new self-titled debut EP, but no other information is offered. And having their music stand for itself is precisely what the duo at the heart of Verhoven, vocalist/keyboardist Thrice Noble (aka Gabe Sokoloff) and guitarist Scott Glenn, aims for.

Although the pair, who co-write and produce all of Verhoven's music, formed the band just over a year and a half ago, they've been creating music together for years.

"We were both working at a music company, and he played me some early tracks. I really liked them and said, 'This is something that I could really collaborate with,'" tells Scott of how they initially came together. "So we started writing, and it turned into a project called Names of Stars. When that ended, we wanted to pursue a kind of carefree sound that we were liking at the moment, which is what we did, and ultimately decided to start a new project and go that route."

The camaraderie between the two is evident from the moment we take a seat in a booth at one of Scott's favorite places to hang out in his neighborhood, Tom Bergin's. The bandmates often poke fun at each other, but clearly have immense respect for one another as well. As Thrice and I order pints of Guinness, he tells me that in doing so, I'm missing out on Scott's beer consultation services.

"I am a beer, and alcohol in general, aficionado," Scott chimes in. "What's going on in California is pretty awesome. San Diego, Central and Northern California have some amazing breweries: Stone, Port Brewing, Lost Abbey. [Craft beer] is becoming a big thing."

Tonight Scott chooses the O'Hara's Irish Red, and he actually met its brewmaster, Seamus O'Hara, at Tom Bergin's one night. Most of the staff recognizes Scott, and his frequent patronage is going to be rewarded with one of the Irish tavern's famous cardboard shamrocks.

"I've been coming here for many years; my fiancée and I just moved down the street, so we've become regulars," he says. "We've always been enamored by the shamrock thing, and finally we were nominated by the staff."

Soon Scott's name will adorn a shamrock on Tom Bergin's walls or ceiling alongside the likes of Cary Grant, Tommy Lasorda and Kiefer Sutherland. Aside from the tavern's trademark Irish coffees and St. Patrick's Day extravaganzas that transform the parking lot into a beer garden, Scott recommends ordering the Fish and Chips, Corned Beef and Cabbage or the Irish Breakfast. Tom Bergin's chef Brandon Boudet hails from New Orleans and frequently does southern special like fried chicken and jambalaya, which is free whenever there's a Saints game being played.

Both Thrice and Scott made recent trips to New Orleans, where they fell in love with the city.

"I went for Jazzfest, and the best part of the festival was the food – all the mobile food stands representing all the local cuisine: gumbo, crawfish, étoufée, beignets," Scott marvels. "If you want to see live music, experience good culture and party all night long, New Orleans can't be beat."

Scott was born and raised in the San Fernando Valley but has lived in the area around Miracle Mile and Mid-City West for a while. When Thrice mentions that he loves naan, Scott readily has an Indian restaurant to recommend, India's Tandoori, "one of the best Indian food places in all of L.A." Thrice, who moved here from Florida seven years ago, has lived all over Los Angeles, from Mount Washington where he loved the vibe and establishments to Santa Monica where he likes the walkability. One commonality among their separate backgrounds is music.

"Like so many others, my parents forced piano lessons on me. It was classical, but pretty soon I co-opted those skills for more popular musical-related pleasures, learning to play songs by ear and then writing my own," Thrice remembers. "I didn't start writing lyrics until late high school. I think it's typical, songwriters seem to write music before lyrics; lyrics come when you get a little angsty."

"My mom was into rock in its 1960s heyday – Jefferson Airplane, Iron Butterfly, the Doors, the Mamas & the Papas. My dad was the classic '50s dad, and all we would listen to in the car was doo wop. I would get so sick of 'Rockin' Robin,' although I have a new appreciation for it since I've gotten older," Scott shares. "They never forced an instrument on me. I actually had to beg them for a guitar. My friend got one and could play a few licks that I could recognize from the Smashing Pumpkins and Metallica, and I thought, 'if he could do it, I can.' My mom said, 'If I get you this Squier and a little practice amp for $200, you better use it.' A year later, my brother would scream, 'He won't stop playing!' I was 15, and from there I got obsessed with it."

Scott eventually attended UC Berkeley where he started songwriting and playing in bands. When he moved back to SoCal, he went to the Musicians Institute for guitar and sound engineering. Many of his and Thrice's adolescent years were spent at concerts. 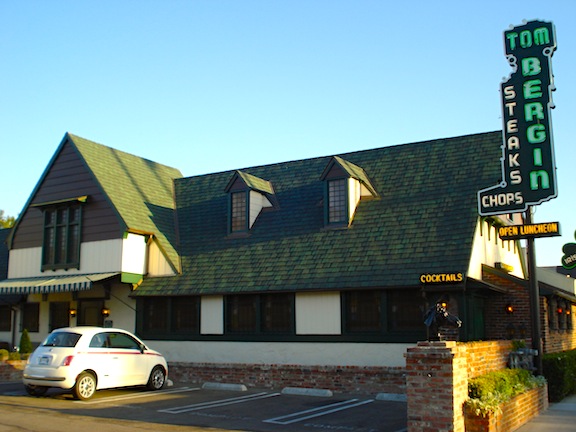 "I went to a lot of shows in my youth, particularly between ages 15 and 19 because you couldn't go to bars or clubs, so it was the only place you could socialize and meet people," recalls Scott. "One of the most striking was when I went to see Nine Inch Nails at the Gibson Amphitheater, when they had just released The Downward Spiral. It was a really good show in terms of Trent Reznor's masterful auteurism, his complete control over every aspect – the stage performance, the production, the mixing of the electronic elements with live instrumentation, knowing how to work the crowd – was on another level."

"Super Furry Animals, probably the first non-classic rock, psychedelic band that I got into, also incorporated electronic elements into their live show and albums in a way that turned me on in high school. When Rings Around the World came out, that was the peak of my fandom," says Thrice. "The first time I saw them, a friend and I skipped school to drive three hours up to Orlando. That was amazing. Another summer in high school, I was traveling and lucky enough to catch Radiohead performing in Oxford, England. It was their first homecoming show since they had achieved fame. The openers included Beck, Supergrass and Sigur Rós, so it was an epic show."

As far as their favorite local venues, Thrice says that it would be Spaceland/the Satellite, although he jokes that his feelings towards the club have changed since he fell off a chair while performing there.

"He tried to do a karate/kung fu jump kick, but he was out of practice," laughs Scott.

"My pants were too tight," is Thrice's deadpan reply.

Since their days together in Names of Stars, Thrice and Scott have shared an amiable partnership, although their songwriting method is something they've definitely amended.

"The first album with our former band, a lot of the songs were germs from things we had written in our youth," Thrice says. "For Verhoven, we took a different approach: All of the songs were started from scratch by us together in a room. No one was bringing stuff to the table from the past."

"We wanted to try something different with this process, so we got together with his computer mini rig and synthesizer. I would have my guitar and we would throw down riffs and ideas what we refer to as 'nuggets,' which are seedlings of songs," Scott details. "We recorded them, then went back after some time to 40 or 50 of them and started eliminating, expanding on them until we got them down to 10, then we picked five for the EP."

From the darker edged lead track, "Manimal" to the more pop and dance-inducing "Moonshine Skyway," Verhoven's debut EP displays a successful marriage of the electronic and live instrumentation that Scott and Thrice became enamored with in the music that filled their youth.

"We have live drums mixed with drum samples to create an aesthetic that we feel draws on the best of both worlds. You get that mechanical dance feel of synthetic drums, but you also get the live personality to it, so it doesn't feel cold and heartless," says Scott. "'One thing we've struggled with from day one is that we have so many influences and like so many styles that we're always unsure of where the boundary is of how many directions can we go and still make it our own and have some level of consistency so it sounds like a singular point of view."

Although the band's name was not inspired by Paul Verhoeven or his films, as we finish our drinks, I decide to find out what their favorite movies from the Dutch director might be. Thrice admonishes my selections of Showgirls and Starship Troopers as the two worst from Verhoeven, while choosing Robocop as his own. Scott names Total Recall (for its stellar action/sci-fi moments and gratuitous violence) and Basic Instinct (for the sex and thriller twist and turns)

"Even though they weren't really an inspiration for the band, if you had to relate the Verhoeven movies to our sound, the direction of where we're going with it relative to our past is a lot more visceral," Scott concludes. "There is some futuristic sensibility to it and a lot of thinking about sex, drugs, aliens, ecstasy – the immediate sensations you happen upon in life."

Posted by Jigsaw Magazine at 9:43 AM