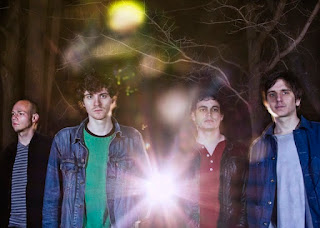 
The Dig @ Bootleg Bar (Westlake)
The two lead singers of the New York City quartet, Emile Mosseri and David Baldwin, have been making music together since they were 11 years old, so it comes as no surprise that they're still going strong with two albums and a new EP, Tired Hearts, released a few weeks ago. If you were fortunate enough to catch some of their Silverlake Lounge residency dates last summer, then you know how great the band is live. If not, then this show at the Bootleg with FIM, Orange Umbrella and Oh Boy Les Mecs is your chance.

Warped Tour @ Pomona Fairplex (Pomona)
The summer festival kicked off its 19th year last weekend and stops in SoCal for a two-day stand in Pomona before moving on to other parts of the state, including Seaside Park in Ventura on Sunday. This year's lineup boasts over 70 bands, which include 3OH!3, Motion City Soundtrack, Juliet Simms, Anarbor and let live. Good news if you're under 18 and can't drive yourself to the fest, one of your parents gets a free ticket with your paid admission and you can drop them off at Reverse Daycare for the day so you can run from stage to stage without having to worry about them keeping up.


In Theaters This Week
Find out how Mike (Billy Crystal) and Sulley (John Goodman) became the best of friends at Monsters University; Terence Stamp, Vanessa Redgrave and Gemma Arterton in Unfinished Song; World War Z stars Brad Pitt as a UN employee attempting to stop the outbreak of a global zombie epidemic. Also starring Mireille Enos ("The Killing") and Matthew Fox. Also in theaters: Between Us; Call Me Kuchu; The Haunting of Helena; A Hijacking; Rushlights


CicLAvia – Iconic Wilshire Boulevard
The cost- and car-free event takes over the street from 9 a.m. to 4 p.m. from One Wilshire in Downtown to Fairfax Avenue in Miracle Mile, spotlighting the area's architectural evolution as part of the Getty's Pacific Standard Time Presents: Modern Architecture in L.A. program. There will be plenty of food vendors and activities along the route for when you want to take a bike break, including the fifth annual Koreatown BBQ Cookoff at Serrano and Oxford Avenues (from 11 a.m. to 5 p.m.) and the Academy of Motion Picture Arts and Sciences' tribute to Chris Burder's Urban Light installation at LACMA using 7.5-foot tall Oscar statuettes. Gary Leonard


Drink: Eat: Play Wine Festival @ The Santa Monica Pier (Santa Monica)
If you're an oenophile but your summer budget can't cover a trip to Napa or even Santa Barbara,
Presented by BevMo, there will be over 50 wineries represented by hundreds of wines. The $50 ticket covers your wine tastings, however, food is sold separately.


She & Him, Emmylou Harris & Rodney Crowell @ Hollywood Bowl (Hollywood)
The duo of Zooey Deschanel and M. Ward released their latest album, Volume 3, in May, and as much as I love the sunny pop of She & Him and Ward's amazing guitar skills live, the main draw of this show for me is Emmylou Harris. The country legend teamed with Hot Band member Rodney Crowell for their first official collaboration, Old Yellow Moon, which came out earlier this year and have been been captivating audiences on a nationwide tour. This is definitely the show of the week and the perfect way to kick off your summer at the Bowl. 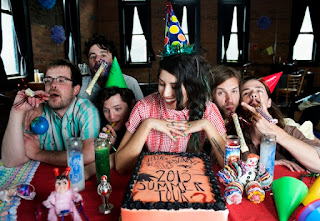 
Jessica Hernandez and the Deltas @ The Satellite (Silver Lake)
What I love so much about the Detroit band is the gritty realness of frontwoman Jessica Hernandez. While her voice is unfailingly powerful, it also transmits an honest vulnerability in all the songs on their latest, Live at the Magic Bag. However, simply listening to the album may not be enough to satisfy you. Let their live performance fill all voids tonight at the Satellite.


Hillary Rodham Clinton @ Gibson Amphitheatre (Universal City)
The former Secretary of State, U.S. Senator and First Lady speaks as part of the American Jewish University's Public Lecture Series that has included conversations with Tony Blair, Colin Powell and Al Gore. Don't miss what is sure to be a scintillating exchange between Clinton and AJU president, Dr. Robert Wexler.


AM & Shawn Lee @ The Echo (Echo Park)
The duo of Angeleno AM and Londoner Lee wrote and recorded the entirety of their sophomore effort, La Musique Numerique, from their respective continents, yet they were constantly in step with one another. Their blend of soul, '70s funk and electro is infectious on tracks like opener "Two Times," "All the Love" and "Automatic." Don't say I didn't warn you, be completely prepared to work up a sweat on the dance floor.

Posted by Jigsaw Magazine at 10:39 AM

Email ThisBlogThis!Share to TwitterShare to FacebookShare to Pinterest
Labels: AM and Shawn Lee, CicLAvia, Drink: Eat: Play Wine Festival, Emmylou Harris and Rodney Crowell, events calendar, Hillary Clinton, Jessica Hernandez and the Deltas, She and Him, The Dig, Warped Tour