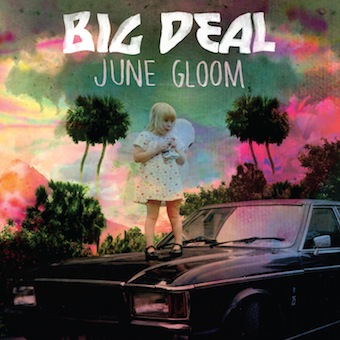 Big Deal – June Gloom (Mute)
As the phenomenon of June Gloom literally descends over Los Angeles, the sophomore effort from the duo of Kacey Underwood and Alice Costelloe offers the perfect soundtrack for those gray mornings full of hopeful visions that the sun-drenched summer days have in store. The album was conceived in California and recorded in a converted ship in London with producer Rory Attwell (Veronica Falls, PAWS, Male Bonding) and expands the band's sound with bass and drums, courtesy of Huw Webb and Melissa Rigby, for immense waves of sonic splendor on tracks such as "In Your Car," "Dream Machines" and "Teradactol." One listen and any clouds hanging over your head will instantly be chased away.

Lenka – Shadows (Skipalong)
The Australian singer-songwriter's third album puts her personal experiences and emotions on display – she penned this collection of songs while she was pregnant with her first child. As a result, she created a "lullaby soundtrack" with soothing songs of love and hope, but several also deal with the notions of separation, loss and fear, like "Faster With You," "Nothing" and "Monsters." Hear the new songs when Lenka performs June 4 at Hotel Café.

Portugal. The Man – Evil Friends (Atlantic)
It's hard not to get sentimental whenever I hear someone mention this band, as frontman John Gourley and bassist Zach Carothers were one of my earliest interviews when they were still teenagers and in their first band, Anatomy of a Ghost. Along with Kyle O'Quin, Noah Gersh and Kane Ritchotte, they've gone on to release eight albums and have amassed a legion of fans on the way. Their latest effort, produced by Danger Mouse, pushes the boundaries of the band's earlier sound with "Creep in a T-Shirt" and "Purple Yellow Red and Blue," while synths add flavor to songs like "Modern Jesus." Make sure to catch them when they swing through Los Angeles with a July 12 date at the Wiltern.

Quadron – Avalanche (Vested in Culture/Epic)
It's seems that everywhere I go lately, there are people talking about the L.A. duo of vocalist Coco O. and multi-instrumentalist/producer Robin Hannibal. Featuring the infectious first single "Hey Love," the album is poised to be the soundtrack of summer 2013 with funky opener "LFT" and "Favorite Star," as well as "Crush" and "Befriend" to cool things down at night. Be mesmerized by Coco O's soulful croon June 5 at the Hollywood Forever's Masonic Lodge. 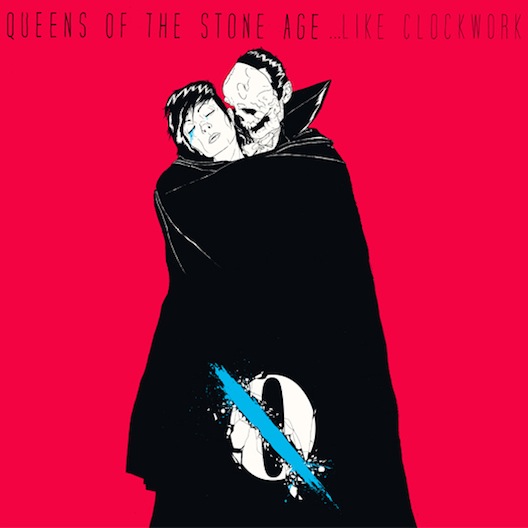 Queens of the Stone Age – …Like Clockwork (Matador)
California's desert kings return with a sixth album, their first six years, which marks the studio return of Dave Grohl on drums, Mark Lanegan for some vocals and bassists Nick Oliveri and Alain Johannes to the band and cameo appearances by Elton John and Trent Reznor, among others. First single "My God Is the Sun" has been playing in heavy rotation on the radio, and the album thunders with energy from the opening of "Keep Your Eyes Peeled" to "If I Had a Tail" and "Smooth Sailing." However, frontman Josh Homme puts his tender side on display during the title track, "The Vampyre of Time and Memory," "Kalopsia" and "Fairweather Friends."

Film – 12 Rounds 2: Reloaded; 23:59; Aroused; The Big Bad; Blood of the Samurai; The Book of Esther; Brooklyn Castle; Charlie Zone; Chupacabra vs. The Alamo; The Company We Keep; Escape From Planet Earth; Get Up! Stand Up!; The Giants; Girl Meets Boy; A Good Day to Die Hard; Home Sweet Home; Honor Flight; The Horde; Horrid Henry: The Movie; Identity Thief; It's a Disaster; Just Like Being There; The Last Ride; The Law in These Parts; Lucky; Mental; The Monk; Mosquita Y Mari; A Portrait of James Dean: Joshua Tree, 1951; Ring of Fire; Storming Juno; A Taste of Romance; Warm Bodies

Posted by Jigsaw Magazine at 10:28 AM