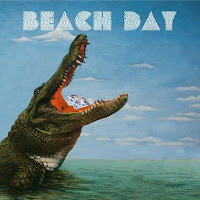 Beach Day – Trip Trap Attack (Kanine)
It's extremely hard not to fall in love with the 11 '60s-inspired tracks from the Hollywood, Fla. trio of Kimmy, Natalie and Skyler, who met at a local show and bonded over a mutual love of girl groups from the era. That influence is definitely heard on songs like "Stay," "Come Back to Me" and "Wasting All My Time" from this debut album. As summer kicks into high gear, Trip Trap Attack couldn't have come at a better time.

Kanye West – Yeezus (Def Jam)
If you're a fan, you probably already listened to the entire album when it leaked several days ago. If not, maybe the new promo video, a nod to American Psycho starring Scott Disick and Jonathan Cheban, will at least be good for some laughs. Yeezus marks the polarizing artist's sixth release, and the sonically experimental tracks – executive produced by Rick Rubin – feature a list of guests that includes Frank Ocean, John Legend, Skrillex, Bon Iver's Justin Vernon and Daft Punk's Thomas Bangalter. As to be expected, though, 'Ye's lyrics are as angry and loud as ever. 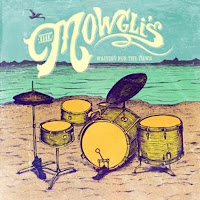 The Mowgli's – Waiting for the Dawn (Island Def Jam)
You've probably seen the Are You a Mowgli? posters around town, and if you're familiar with the L.A. band then you know the ad campaign is for their second full-length (and major label debut) rather than some kind of cult relating to the beloved Jungle Book character. The eight-piece is often referred to as the quintessential California band since their sound evokes the feel of many of the state's locales: Laurel Canyon, Venice Beach, Big Sur, Silver Lake and, of course, their native San Fernando Valley. The first single from Waiting for the Dawn is named after another of California's cities, where they lost their heads waiting for the fog to roll out, and with just one listen, you'll be doo doo dooing along with "San Francisco." The Mowgli's kick off a nationwide tour this weekend but return home for an Oct. 18 show at the Wiltern.

Sigur Rós – Kveikur (XL)
I don't think anyone expected the Icelandic band's seventh album (their first for XL) to be as aggressive and dark as it is. Kveikur is a pleasant departure from the almost 2-decades-old Sigor Rós' typical ethereal sound. Jónsi Birgisson's voice still soars on opener "Brennisteinn," while Georg Hólm's bass and Orri Dyrason's drums make one's heart pound thunderously throughout. This is an album for both old and new fans to be invigorated by. 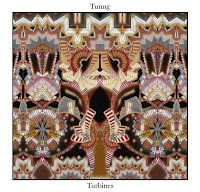 Tunng – Turbines (Full Time Hobby)
Multi-instrumentalist and founding member Mike Lindsay calls Turbines, the UK sextet's fifth studio album, their "sci-fi folk rock album." After a decade together, the group has culled a collection of nine emotionally and musically rich tunes. From the mesmerizing "Once" and trip-hop grooves of "Trip Trap" to the buzzing "The Village" and hypnotic "By This," Turbines is thoroughly captivating.

Posted by Jigsaw Magazine at 9:55 AM