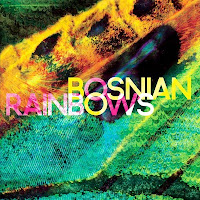 Bosnian Rainbows – Self-titled (Sargent House)
The debut album from the union of the Mars Volta's Omar Rodriguez-López and Deantoni Parks, Le Butcherettes' Teri Gender Bender and Kudu's Nicci Kasper, who came together last summer. Rodriguez-López's trademark dissonant guitar chords, anchored by Parks' solid drumming and Kasper's work on the keys, provide the perfect soundscape for Gender Bender's hypnotic and chaotic vocals on trace like "Turtle Neck" and "The Eye Fell in Love." The band celebrates the release and kicks off a worldwide tour tonight at the First Unitarian Church with Sister Crayon in tow.

Dessa – Parts of Speech (Doomtree)
The Twin Cities native cements her status as the reigning queen emcee of the Doomtree collective with her third full-length release. From the pulse-pounding and lightning quick raps of "Warsaw" to the hauntingly reflective "Call Off Your Ghost," Parts of Speech shines as her most intimate and moving work yet. But make no mistake, the album isn't just introspective, its beats are guaranteed to make you dance, too. Bask in her insane talent live when she stops at the Troubadour on July 13.

Hockey – Wyeth IS (self-released)
Brooklyn-based Ben Wyeth and Jerm Reynolds isolated themselves in upstate New York for 22 months to write and record their sophomore album. The resulting 11 tracks explore the duo's love of vintage electronic beats and expand upon it, from dream-like opener "Wild Style" to the hand-clap inducing "My Mind" and on through the last seething beat of "Defeat on the Double Bass Line." Catch them in the midst of their U.S. tour July 26 at the El Rey. 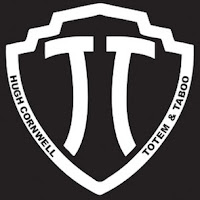 Hugh Cornwell – Totem and Taboo (Red River) The former guitarist, singer and main songwriter of the Stranglers returns with his first studio album since 2008's critically-acclaimed Hooverdam. Cornwell enlisted the legendary Steve Albini to engineer and mix Totem and Taboo, which captures the raw grittiness of his guitar on songs like "The Face" and "Love Me Slender" and his in-your-face, honest vocals on tracks such as "I Want One of Those" and "God is a Woman."

India.Arie – SongVersation (Soulbird/Motown)
If you have yet to delve into the work of the Grammy-winning singer-songwriter, what's wrong with you? From her childhood in Denver, Colo., music has coursed through her veins, breaking through to the masses in 2001 with the release of her debut, Acoustic Soul. She continues to soothe the soul with her fifth full-length studio album. SongVersation will have your head nodding from the onset of first single "Cocoa Butter" and leave you breathless and inspired with "Break the Shell." 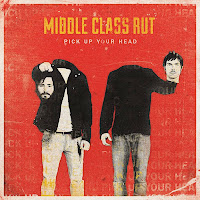 Middle Class Rut – Pick Up Your Head (Bright Antenna)
I've been a fan of Zack Lopez's and Sean Stockham's live performances since seeing them perform with their first band in the early 2000s, and they've continued to cultivate an explosive on-stage chemistry on through the development of MC Rut. Their follow-up to 2010's No Name No Color, Pick Up Your Head captures their live energy on roaring tracks like "Leech," "You Don't Belong" and first single "Aunt Betty." They'll be part of this year's Uproar Festival, which sweeps through Verizon Amphitheatre Sept. 13.


Film – 50 million people in the United States (one in four children) don't know where their next meal is coming from. Kristi Jacobson and Lori Silverbush's A Place at the Table – with insight from experts that include nutrition policy leader Marion Nestle, sociologist Janet Poppendieck, Tom Colicchio and Jeff Bridges – is one of the most important films Americans can watch this year; The Incredible Burt Wonderstone stars Steve Carell, Steve Buscemi, Jim Carrey, Olivia Wilde and Alan Arkin; Halle Berry, Evie Thompson and Abigail Breslin in Brad Anderson's The Call; Based on the true story of Chilean ad exec René Saavedra (Gael García Bernal), No dramatizes his campaign to win the country's presidency.

Also available – As Luck Would Have It; Battledogs; Black Pond; Blood of 1000 Virgins; Crashout; Crawlspace; Dead Souls; The Fartist; Flashback; Hangar 18; Hansel & Gretel Get Baked; In the Family; Into the White; Killer Mountain; Lesser Blessed; Lord of Darkness; My Best Enemy; Phantom; Pusher; The Rambler; Supporting Characters; Upside Down; Zombie Ass: Toilet of the Dead

Posted by Jigsaw Magazine at 3:50 PM