"Priscilla Queen of the Desert" @ Pantages Theatre (Hollywood)
Get in the mood for this weekend's Pride festivities with an evening of drag queens and transexuals in the Tony Award-winning musical. Three friends take a road trip through the Australian outback in a battered old bus that they've dubbed 'Priscilla.' Along the way they encounter a variety of personalities and learn valuable lessons about themselves. The production features a slew of dance-floor favorites such as "It's Raining Men," "I Love the Night Life" and "I Will Survive" and runs through June 16.


Ink-N-Iron Festival @ The Queen Mary (Long Beach)
The 10th annual festival brings tattoo, hot rod/Kustom, music, '50s fashion, burlesque and art lovers together at the luxury ship for a three-day celebration. With 280 tattoo artists from 25 countries on hand, a pin-up pageant, the Kulture Klash Art Show, the Motorama Car Show, a vintage fashion bazaar and so much more, there is something happening for everyone over the weekend. Each day also features performances from bands like Sublime with Rome, Iggy and the Stooges, the Offspring, NOFX, Sharon Jones and the Dap Kings, Bad Brains and Wanda Jackson, among many others.

L.A. Pride in West Hollywood
Every year since the early '70s, the city has hosted the largest gathering of the LGBT community in Souther California. This year's festivities take over West Hollywood Park through Sunday with a Dyke March and rally, performances by Uh Huh Her, Ciara, Chiddy Bang, Judith Hill ("The Voice") and the Pointer Sisters and culminating with the parade on Sunday at 11 a.m. Be prepared for all-out madness and exhaustion come Monday morning.


In Theaters This Week
The Wedding Crashers duo of Owen Wilson and Vince Vaughn reunite for The Internship as two salesmen who are downsized and decide to finagle internships at Google; Joss Whedon's highly anticipated take on Shakespeare's classic comedy Much Ado About Nothing stars Amy Acker and Alexis Denisof as sparring lvoers Beatrice and Benedick; The Purge stars Ethan Hawke and Lena Headey ("Game of Thrones"' Cersei) as a couple trying to survive an alternate America's annual night of criminal hijinks; Violet & Daisy with Alexis Bledel and Saoirse Ronan; Joel Edgerton, Teresa Palmer and Felicity Price in Wish You Were Here. Also in theaters: 1 Mile Above; Bidder 70; Dirty Wars; Évocateur: The Morton Downey Jr. Movie; Finding Joy; Hannah Arendt; The History of Future Folk; Lost and Found in Armenia; The Prey; Rapture-Palooza; Swan Lake Mariinsky Live; Tiger Eyes


Jubilee Music & Arts Festival @ The Arts District (Downtown)
The festival has altered its name and relocated from Silver Lake to Downtown's Arts District for its two-day event. Acts include Black Lips, the Drums, Free Energy, Fool's Gold, NO, Cayucas and Tashaki Miyaki. If you need to take a break from the music, there is a comedy stage, plenty of food trucks and vendor booths to keep you busy.

War Poets @ Whisky A Go-Go (West Hollywood)
The quintet of Minnesota music scene veterans stops in Los Angeles in support of their debut, Dulce et Decorum Est, which features 17 tracks that touch on topics from current events and social issues to history and timeless human emotion. Blending rock, pop and Americana, War Poets provide songs for your every mood, so make sure to catch this show while they're in town. 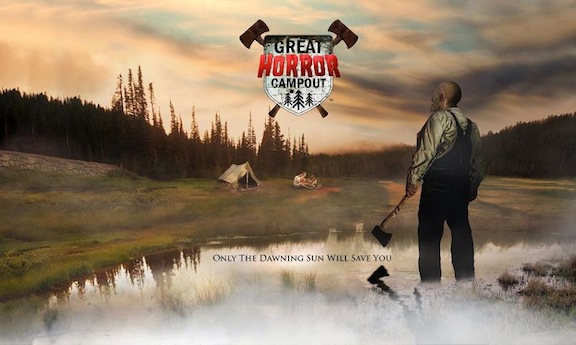 Great Horror Campout @ L.A. State Historic Park (Elysian Park)
Attention all horror lovers, if you've always wanted to experience the terror of summer camp as seen in flicks like Sleepaway Camp, then this interactive adventure is for you. Brought to you by the company behind the annual Haunted Hayride, don't expect to get much rest at the 12-hour overnight because activities like the Hell Hunt scavenger hunt (with such challenges as pulling worms from severed heads, avoiding kidnappers and participating in a sacrificial voodoo rite) and all-night movies (Texas Chainsaw Massacre, Friday the 13th Part 3 and Mama, among others) around a bonfire. If you even try to catch a wink in your tent, you might be pulled out in your sleeping bag by a stalker. Also June 8.

Drag Night at the Drive-In @ Electric Dusk Drive-In (Downtown)
Electric Dusk is hosting its first ever Pride Party with a special screening go Patrick Swayze, John Leguizamo and Wesley Snipes in To Wong Foo: Thanks for Everything Julie Newmar. There will also be a drag costume contest, gay trivial challenge and plenty of dancing and prizes.


Chrome Sparks @ Echoplex (Echo Park)
An evening with Chrome Sparks (aka Jeremy Malvin) is the perfect way to recuperate from all the craziness of your weekend and get you through to Friday. With a background in classical percussion and an obsession with synthesizers, he creates ethereal soundscapes that soothe, inspire and get your head nodding. This set features a five-piece band to bring his laptop visions to life on stage, making for a night to remember.


Ain't In It For My Health: A Film About Levon Helm @ The Cinefamily (Mid-City West)
From his days with the Band, his successful career as an actor and solo efforts, Levon Helm is a true legend. Join director Jacob Hatley for a screening of his documentary that focuses on the artist's recording and 2007 release of Dirt Farmer, and its subsequent catapulting of Helm back to in the international spotlight. Shot over the course of two years at Helm's home in Woodstock, NY, the film is an intimate and captivating look at the American musician. There will also be a Q&A with Hatley after the screening.

Posted by Jigsaw Magazine at 9:47 AM