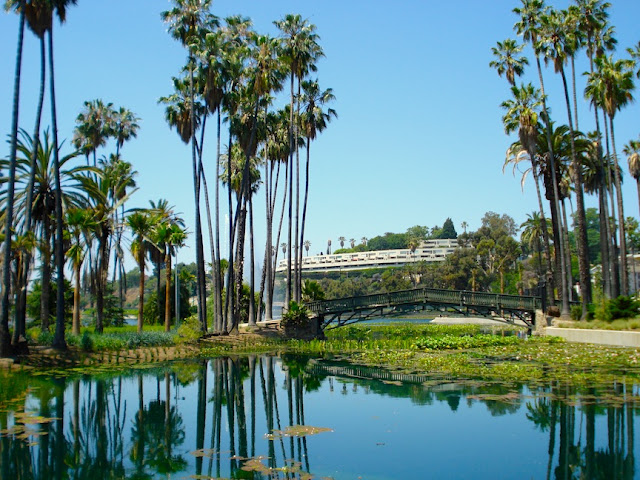 
My first introduction to Echo Park Lake was during a tour of Los Angeles as a child. I loved to watch reruns of "Gilligan's Island," so my ears immediately perked up when the tour guide informed us that the television show filmed scenes at the lake. The neighborhood of Echo Park was even said to have been named from when workers were constructing the lake – originally a drinking water reservoir – in the 1860s, and their voices would 'echo' off the canyon walls. 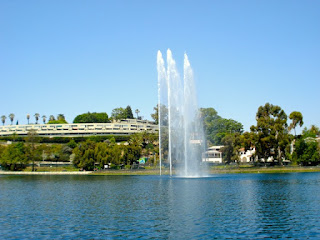 Flash forward 20 years, and passing the lake, which now acts as a detention basic for City's storm drain system, has become an everyday occurrence in my life as an Echo Park/Silver Lake resident. Since 2011, however, I haven't actually been able to see the lake. For the past two years, the area has been surrounded by fencing, blocking any view of Echo Park Lake as it underwent a $45-million rehabilitation to remedy its storm water pollution problem and bring it up to the state's water-quality standards.

But as of June 15, the district's former councilman and current mayor-elect, Eric Garcetti, celebrated the lake's reopening with over 300 fellow Angelenos. The chain-link fence and green screen came down on June 17, the Lady of the Lake statue once again stands with the geyser fountain spraying water into the air behind her and some of the 70 known species of birds have begun to nestle back into the lakeside. I even saw a tiny egg in a nest in one of the surrounding trees during my first walk around the reopened lake. 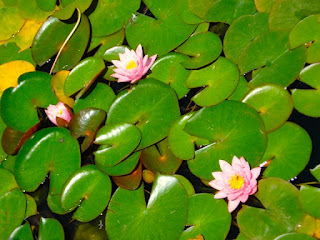 Four acres of wetlands have been added to the lake's edge, along with two boardwalk observation decks (one each at the north and west ends) and small docks along the eastern edge where visitors can dangle their feet over the turquoise blue water. The lake will only stay this brilliant hue for a few more days, until the dye that was added to control algae and provide nutrients to the aquatic plants has faded.

Speaking plant life, its signature pink and white lotus plants – which had all but disappeared from the lake by 2008 – are once again thriving in the water thanks to the sticky fingers of horticulturalist Randy McDonald. The Reseda resident had absconded a cutting of the Asian Sacred Lotus when he attended the annual Lotus Festival at the lake in 2005. His illegally obtained clipping flourished, and he was able to provide 376 new plants for the lake that will sit under netting for the next year to protect them from birds.

By next year, celebrations like the Lotus Festival and Cuban Music Festival will once again gather citizens around the lake. Meanwhile, city officials are working to bring paddle boat rentals and a café to the restored boathouse as well.

Posted by Jigsaw Magazine at 9:57 AM