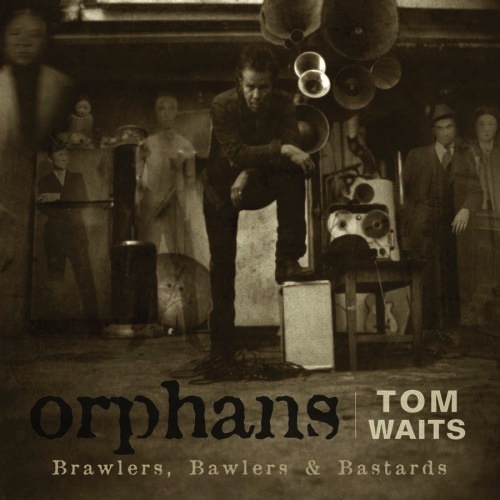 For those of you throwing your parties tonight and tomorrow, here are 13 of my favorite tunes to spark your creativity when compiling your playlist.


"Dead Man's Party" - Oingo Boingo
I vividly remember Danny Elfman totally creeping me out in this song's video when I was little. But I also remember the dancing Dia de los Muertos skeletons from the clip, the same dancing skeletons that would become the symbol for the new wave band. The song, about going to a funeral and being buried, was so popular it became the moniker for an Boingo tribute band who usually hold special shows every Halloween.

"Ghostbusters" - Ray Parker Jr.
Remember when this song was all the rage, and everyone had a Ghostbusters shirt in their closet? "Who you gonna call?"

"Hell's Bells" – AC/DC
The solitary bell tolling for a full minute, leading into Angus and Malcolm Young's shredding and pounding rhythms of Phil Rudd and Cliff Williams, provides the perfect intro to Brian Johnson's howls about dragging a victim to hell.

"In the Room Where You Sleep" - Dead Man's Bones
Ryan "Baby Goose" Gosling and Zach Shields bonded over an obsession with ghosts, forming Dead Man's Bones in 2008 and releasing a self-titled debut full of eerie tales the following year. Pretty much every song from Dead Man's Bones will work at your party, but I chose this one for its danceability.

"Little Drop of Poison" - Tom Waits
With otherworldly wailing in the background, a creepy-crawly beat and Waits' trademark raspy growl, this song – from his 2006 Orphans: Brawlers, Bawlers & Bastards triple album – is so spine-chilling that the villainous Captain Hook is featured wailing it in Shrek 2. You could actually just play Tom Waits the entire night, and people wouldn't complain.

"The Monster Mash" - Bobby "Boris" Pickett and the Crypt-Kickers
A classic, must-play for any Halloween fiesta.

"Riboflavin" - 45 Grave
The electric organ in the song makes it a Halloween staple, along with Dinah Cancer's biting delivery of the ghoulish lyrics and blood-curdling scream at the end.

"This is Halloween" - Marilyn Manson
Originally composed by Danny Elfman for Tim Burton's The Nightmare Before Christmas, the song also fills the Haunted Mansion ride at Disneyland during this season. Manson covered the song for the 13th anniversary re-release of the film soundtrack, and who really embodies the morbidness of Halloween more than him?

"Thriller" - Michael Jackson
Well, duh. If you don't play this song at your party, people will revolt.

"Werewolves of London" - Warren Zevon
Unleash your inner Lycan and howl along with Zevon.


More songs for your party:
"Abracadabra" - The Steve Miller Band
"Bark at the Moon" - Ozzy Osbourne
"Black Magic Woman" - Santana
"Boris the Spider" - The Who
"Helter Skelter" - The Beatles
"Love Potion #9" - The Clovers/The Searchers
"Season of the Witch" - Donovan
"She Wolf" - Shakira
"Sympathy for the Devil" - The Rolling Stones
"Werewolf" - The Frantics
"Zombie Dance" - The Cramps
Posted by Jigsaw Magazine at 10:43 AM