The World Record @ The Echoplex (Echo Park)
Although summer has passed, the feel-good, '60s and '70s-inspired pop of the local group comprised of former members of bands like Foreign Born and LauraLaura infuses sunny fun into each track on their sophomore effort, Freeway Special (releasing Oct. 9). This Echoplex show celebrates the release and is part of the Culture Collide Festival taking place through Sunday.


Coheed and Cambria Pop-Up Gallery @ Copro Gallery (Santa Monica)
The New York rockers host an album release party and pop-up gallery in anticipation of the Oct. 9 release of their new double album, The Afterman: Ascension. The event features a performance from the band, eighteen original Nathan Spoor paintings inspired by songs from the album and the cover artwork by Heidi Taillefer.


BAM Fest @ 18th Street Arts Center (Santa Monica)
BAM Fest is all about Beer, Art and Music, with 35-plus breweries, four bands, three galleries, open artist studios, and an artist market. Gourmet food trucks will also be on hand as musical acts like the Americans and the Dustbowl Revival serenade the crowd.


O'Brother @ Fox Theater (Pomona)
The band stripped down and re-arranged several tracks from their debut album, Garden Window, on their new EP, Basement Window, which is currently available online (A limited edition vinyl releases Oct. 30.). It will be interesting to see the new compositions live as well. They'll also be at Club Nokia on Oct. 10. 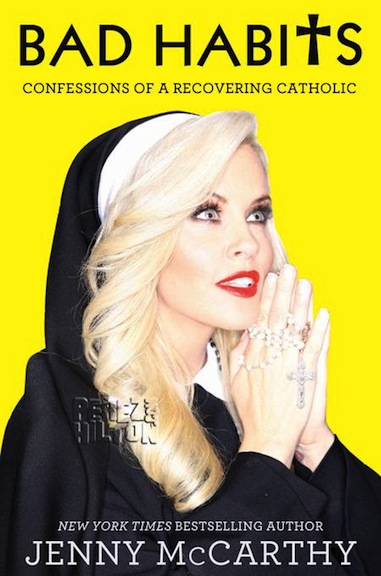 
Jenny McCarthy @ Barnes & Noble (The Grove)
The actress/comedian has penned six New York Times bestsellers dealing with pregnancy, autism and motherhood. Her latest tome, Bad Habits: Confessions of a Recovering Catholic, takes a look at her journey from an aspiring nun at an all-girls Catholic school to being named Playmate of the Year and the present day.


The Hawthorne Burger @ Umami Urban (Hollywood)
The chain unites with Mayer Hawthorne http://mayerhawthorne.com/#!news for the unveiling of a special burger named after the musician. The Hawthorne is a beef patty with cognac-infused parsnip puree and fondue sauce, hatch chiles and hatch chile straws. The burger is only available at the Space 1520 location, and Hawthorne will be DJing around 8 p.m. tonight.


Metric @ The Greek Theatre (Griffith Park)
With the release of their fifth studio album, Synthetica, the Canadian quartet make their debut at the Greek. Emily Haines is one of the best contemporary frontwomen in rock, and with new songs like "Youth Without Youth" they're sure to have the entire venue up and dancing.


Michael Kiwanuka @ Ford Amphitheatre (Hollywood)
From the first time I listened to Kiwanuka's debut album, Home Again, his soulful vocals and guitar work captured my attention. The British singer-songwriter artfully balances influences from music's past with a modern flavor that is all his own. Kiwanuka is easily one of the best new acts to hit the international scene.


Bad Books @ The Troubadour (West Hollywood)
A collaboration between Kevin Devine and Manchester Orchestra, Bad Books celebrates the Oct. 9 release of their sophomore album, II, with a stop at the Troubadour. Songs like lead single "Forest Whitaker" showcase the best of both Devine and Andy Hull, as the songwriters blend their different views into cohesive aural masterpieces.


"Seminar" @ Ahmanson Theatre (Downtown)
From the creator of "Smash," the new comedy stars Jeff Goldblum as international literary figure Leonard, who is conducting private classes for four aspiring writers. Under his unorthodox teaching practices, the seminar turns vicious.
Posted by Jigsaw Magazine at 9:22 AM