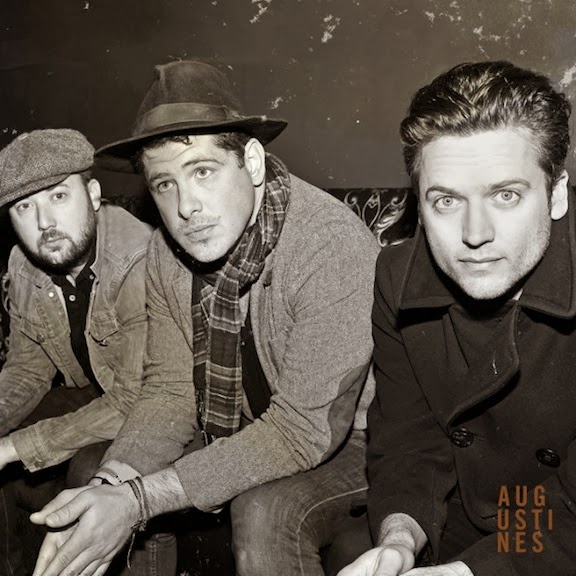 Augustines – Self-titled (Votiv)
The Seatle-via-New York trio (formerly known as We Are Augustines) follow up their breakthrough 2011 debut, Rise Ye Sunken Ships, with this self-titled effort that was recorded with co-producer Peter Katis (The National, Frightened Rabbit, Jónsi) in Connecticut. From the soaring vocals of "Cruel City" to the soulful "Hold Onto Anything," the album is uplifting and hopeful. See the Augustines perform the new songs when they bring their headlining tour to the Troubadour on Feb. 11.

Broken Bells – After the Disco (Columbia)
From the first time I heard "Holding On For Life," the first single from Broken Bells' new effort, I was obsessed. With James Mercer's amazing vocals and a bring you to your knees groove from Brian Burton (Danger Mouse), it's an infectious song from a solid sophomore album. If you liked their self-titled debut, then you will love After the Disco. If you're heading to this year's Coachella, make sure to check them out, and they'll also be at the Fonda and April 15.

Les Claypool's Duo de Twang – Four Foot Shack (ATO)
The Primus frontman gets to explore his Americana/rootsy side with old friend Brian Kehoe in this new group. The duo mix traditional tunes, popular covers and Primus classics on their debut, Four Foot Shack. Some of the songs they put a unique spin on are from Fearless Flying Frog Brigade, Alice in Chains, the Bee Gees and my favorite tune from Jerry Reed, "Amos Moses." 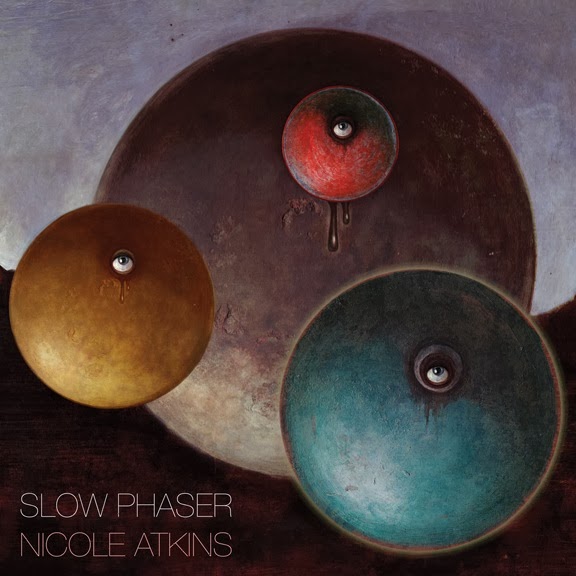 The acclaimed, New Jersey-based singer-songwriter has one of those voices that immediately pull you in. She could sing pages from the phone book, and have you enthralled. Luckily, her songs are always much more interesting than the Yellow Pages. After touring for a year after the release of 2011's Mondo Amore, Atkins took time to explore new creative avenues – visiting musician friends across the country, collaborating with Jim Sclavunos and, after Hurricane Sandy, journeying to Sweden to record Slow Phaser. The resulting 11 tracks comprise her best effort yet, and you can see her perform some of them March 1 at Bootleg Bar.

One More Thing: Stories and Other Stories by B.J. Novak (Knopf)
The stand-up comedian, writer, producer, director and actor ("The Office," Inglourious Basterds) makes his fiction debut with this collection of short stories. Characters that include a boy who wins $100,000 in a box of Frosted Flakes, a woman attempting to seduce Tony Robbins and a poet wannabe who reinterprets literary classics pepper the pages of One More Thing. The stories are sensitive, poignant, thought-provoking and, of course, humorous.

Also available – Annihilation by Jeff VanderMeer; The Antelope in the Living Room by Melanie Shankle; The Beatles: Six Days that Changed the World by Bill Eppridge; Black Rose by Nora Roberts; Caught by Lisa Moore; Cress by Marissa Meyer; Glitter and Glue by Kelly Corrigan; Ignite Me by Tahereh Mafi; The Locust Effect by Gary A. Haugen; Love Illuminated by Daniel Jones; The Reboot with Joe Juice Diet by Joe Cross; The Selection Stories by Kiera Cass; Stillwater by Nicole Lea Helget; The Triple Package by Jed Rubenfeld; Uncommon Marriage by Tony and Lauren Dungy; You Can Heal Your Heart by Louise L. Hay

Also available – Baggage Claim; A Case of You; Cutie and the Boxer; Escape Plan; Finding Normal; Free Birds; Inevitable Defeat of Mister & Pete; It's Not Me, I Swear!; Mother of George; Pit Stop; Scorned

Posted by Jigsaw Magazine at 9:56 AM