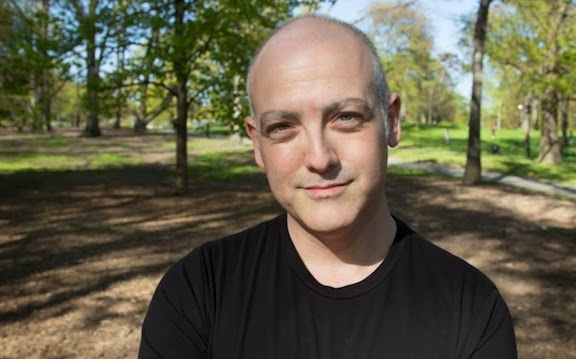 
Matt Zoller Seitz @ Skylight Books (Los Feliz)
The editor-in-chief of RogerEbert.com and television critic for New York Magazine and Vulture released a book on the career (thus far) of Wes Anderson in October. The Wes Anderson Collection contains previously unpublished photos and artwork that complement a conversation between the critic and Anderson, capturing the playful yet sometimes dark spirit of the filmmaker and his work. The author reads from and signs copies of the book at 7:30 p.m. tonight.


L.A. Dance Project @ The Theatre at Ace Hotel (Downtown)
The talented artist collective founded by choreographer and dancer Benjamin Millepied begins its partnership with the new and gorgeous Ace Hotel in this three-night (Thursday-Saturday) residency. The performances include the U.S. premiere of Millepied's Reflections with music by David Lang, Justin Peck's Murder Ballads with music by the National's Bryce Dessner and visuals from Barbara Kruger and Sterling Ruby, as well as a sneak peek of a new piece by Hiroaki Umeda. Be ready for an exhilarating evening of dance. 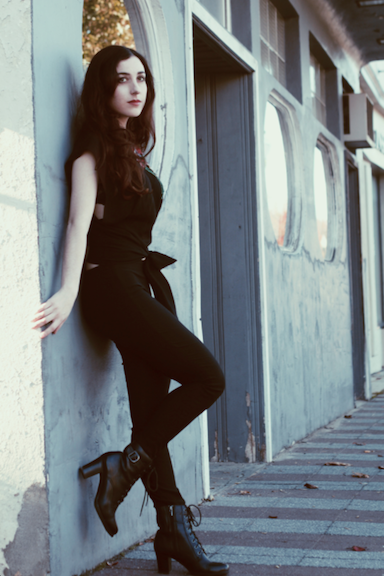 Marissa Nadler @ The Church on York (Highland Park)
There's something to be said about the awesome acoustics of old churches. A neighborhood resident converted this 1913 church into a venue, and it provides the ideal atmosphere for Marissa Nadler's bare-bones, acoustic guitar compositions and soaring, ethereal vocals. If you have yet to listen to her sixth album, the recently released July, then this is the perfect opportunity to sample some of the songs. Tracks like "1923," "Dead City Emily" and "Was It a Dream" are meant to be heard in a venue as special and intimate as this.


Firecracker 2014 in Chinatown
Did you know that fireworks date back to 7th century China? This annual community celebration kicks off with a bike ride from Chinatown through Elysian and Griffith parks and the Silverlake Reservoir. What a great way to burn some calories before imbibing some of those aforementioned margaritas later today. Sunday's festivities begin with a 5/10K run/walk around Dodger Stadium through Elysian Park. Both events raise money for Need2Read's literacy funding for local elementary schools and are followed by the Nite n' Day Festival, featuring musical and dance performances, food and fireworks, of course.


'80s Prom Party @ The Fonda (Hollywood)
For those of us who are too young to have experienced the glorious fashion styles of high school prom during the 1980s, or for those of you who wish to relive the total radness, this Drink:Eat:Play event is IT. Raid your local thrift store for a shimmering taffeta gown or blue ruffled dress shirt, stock up on hair spray, frosted pink lipstick and black eyeliner, and you'll be all set to dance the night away to songs by Bon Jovi, Prince and Madonna, as interpreted by two '80s cover bands. All of the proceeds from tonight festivities go to local animal rescues.

Dapper Day @ Disneyland/Disney California Adventure (Anaheim)
Perhaps you would like to journey even further back in time while enjoying the Happiest Place on Earth. Put on your vintage best and join thousands of other well-dressed guests for this twice-a-year event. Aside from all of the park rides, there is the Mark Twain Mixer aboard the Frontierland riverboat, the Dapper Derby on the Fantasyland carousel and FOLLY, the official after party at Downtown Disney's Upstairs at the Jazz Kitchen for those over 21. I love dressing up almost as much as I love Disneyland, and attending at least one Dapper Day is a must for any Disneyphile.


Cochon 555 @ Fairmont Miramar Hotel & Bungalows (Santa Monica)
For a foodie, there is nothing like the sound and smells of pork sizzling away in a frying pan. This is the sixth year of the cross-country culinary competition that features five all-star chefs, five heritage, family-farm raised pigs and five wineries. The chefs of this year's lineup are Ray Garcia (Fig), Christian Page (Short Order), Jason Neve (B&B Ristorante), Ray England (Craft) and Brian Howard (Comme Ça), and each of them must create a maximum of six dishes using all the different parts of their pig. The winner goes on to compete in the Grand Cochon at the Food & Wine Classic in Aspen this June for bragging rights as the "King or Queen of Porc."


Charlie Greene @ Piano Bar (Hollywood)
The L.A. singer-songwriter kicks off a three-week, Tuesday-night residency tonight in support of his sophomore effort, a self-titled album, which releases today. Growing up in a family of musicians, Green artfully blends a plethora of influences that range from Harry Nilsson and Merle Haggard to Ornette Coleman and Frédéric Chopin's Nocturnes in his Americana and piano rock songs. He'll have you two-stepping to "Man on Fire," swaying with your sweetie to "Devil You Know" and crying into your whisky during "One More Time."


Buzz Osbourne @ The Satellite (Silver Lake)
The frizzy haired songwriter, guitar player and vocalist for the Melvins, Roger "Buzz" Osbourne (aka King Buzzo), performs the first solo, acoustic show of his 30-plus-year career tonight as part of the Scion Rock Show with Tweak Bird. This Machine Kills Artists, a limited-edition 10-inch with four original songs and acoustic versions of the Melvins' "Let God Be Your Gardener" and "Revolve," is only going to be available at the show, so make sure to grab a copy.

Posted by Jigsaw Magazine at 10:59 AM