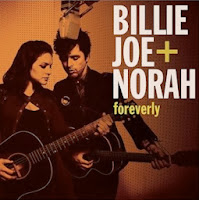 Billie Joe Armstrong and Norah Jones – Foreverly (Reprise)
The Green Day frontman and the soulful singer-songwriter might seem like an odd fit, but the Grammy-winning artists met around 10 years ago at the awards show and thought it would be fun to pay tribute to the Everly Brothers' 1958 roots music cover album, Songs Our Daddy Taught Us. The duo successfully captures the effortless harmonies that the brothers are known for on songs like "Down in the Willow Garden," "Who's Gonna Show Your Pretty Little Feet" and "Oh So Many Years." It's clear that the Everlys had an influences on a wide array of musicians, as Foreverly is the third tribute to the brothers released this year, along with Bonnie "Prince" Billy and Dawn McCarthy's What the Brothers Sang and the Chapin Sisters' A Date with the Everly Brothers, and here's to hoping that a whole new generation is being introduced to them as well.

Beachwood Sparks – Desert Skies (Alive)
Those unfamiliar with the L.A. band might think their name refers to Beachwood Canyon, but it actually comes from a street in Burbank near to the house where the band was formed in 1997. The country-indierock group's sound has always been more akin to the Laurel Canyon bands of the late 1960s, which is felt throughout this release, Desert Skies, a follow-up to last year's The Tarnished Gold, their first new effort in a decade. This is their previously unreleased debut that includes their first single from 1998, as well as other remastered, never-heard before recordings.

Horrible Houses – Family Tapes Vol. 3 (digital release; cassette available Dec. 17 via Happenin)
There are only a few things Daniel Johnsson, aka Horrible Houses, thinks listeners need to know about him: He takes his coffee black, he doesn't really know what a bridge or verse is – neither does he care about it – and even though he may come across as a bit of a bum, he does not practice the hobo lifestyle. I think what really matters to the native of Särna, Sweden is that you listen to his music. The cassette of Vol. 1 of Family Tapes sold out, so it would seem that people love what they hear once they do listen, and new tracks like "Sun Leaving," "Francoise" and "Hashashin" are sure to please as well. 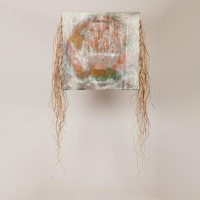 Syd Arthur – On An On (Harvest)
The Canterbury foursome unveil their debut album in America, with its psychedelic mixture of sounds that fuse their jazz, funk, folk and world music influences. They created the moniker as an homage to Pink Floyd's Syd Barrett and the Kinks' 1969 Arthur album, and you can hear echoes of both bands throughout On An On. Must listen tracks: "Ode to the Summer," "Dorothy" and "Truth Seeker."

Music – Big Star: Nothing Can Hurt Me; Puscifer's What Is…

Comedy – Bill Cosby's Far From Finished; Jim Breuer's And Laughter for All

Also available – Canyons; The Falls: Testament of Love; The Gardener of God; The Grandmaster; Knightriders; Red Obsession; Unhung Hero; Watsons Go to Birmingham
Posted by Jigsaw Magazine at 8:37 AM