"Matthew Bourne's Sleeping Beauty" @ Ahmanson Theatre (Downtown)
Every young ballerina dreams of dancing in Tchaikovsky's "Sleeping Beauty," and now the award-winning choreographer, who breathed new life into Tchaikovsky's other ballets ("The Nutcracker," "Swan Lake"), has put a unique twist on the third and final work. Bourne's time-traveling take on "Sleeping Beauty" spans 1890 to present day and incorporates vampires into the fairy tale, which is why it's dubbed 'A Gothic Romance.' The thrilling production is sure to provide inspiration for ballerinas of every age. Through Dec. 1.


René Redzepi @ Williams-Sonoma (Beverly Hills)
Last month the Danish chef and his two-Michelin star restaurant Noma in Copenhagen were the focus of an entire episode of "Anthony Bourdain Parts Unknown," and thousands of Americans were introduced to Redzepi's creative techniques that embrace foraging and push innovation to new heights. He just released his follow-up to the James Beard and IACP Award-winning Noma: Time and Place in Nordic Cuisine titled René Redzepi: A Work in Progress, a set of three books: a 100-recipe cookbook, personal journal and photo book. This is a rare opportunity to meet the force behind one of the best restaurants in the world, as he presents and signs copies of the new collection at 4 p.m.


Chill @ Queen Mary (Long Beach)
Why drive to the mountains to have an afternoon of fun in the snow when you can make a quick trip down to Long Beach and experience a 13,000 square-foot winter wonderland at the Queen Mary? Over two million pounds of ice and multicolored lights are used in their frozen igloo and handmade sculptures that recreate The Nutcracker story of Clara's adventures on Christmas Eve. For an additional fee, you can add ice skating or tubing on a six-lane, two-stories tall indoor run to your day. Temperatures drop to nine degrees, so just make sure to bundle up tight. Through Jan. 5, 2014.


In Theaters This WeekVince Vaughn is a man whose donated sperm led to 500-plus children who are suing to learn his identity in Delivery Man; Everyone in my family has read all of the Hunger Games books, so there's no question that Hunger Games: Catching Fire is our most anticipated movie of the week. Katniss Everdeen's (Jennifer Lawrence) story continues as she goes on the Victor's Tour and returns home with Peeta (Josh Hutcherson); Philomena stars Judi Dench and Steve Coogan as they search for Philomena's long-lost son. Also in theaters: The Christmas Candle; Contracted 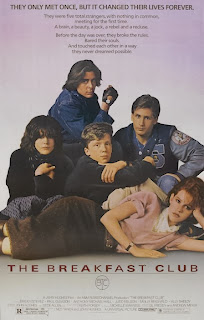 
'80s Teen Night Double Feature @ Electric Dusk Drive-In (Downtown)
Nothing says the '80s more to me than John Hughes and Steven Spielberg films. Take a trip back in time with two of the eras best teen movies shown in the setting where many people originally saw them, the drive-in. First up is Hughes' 1985 Brat Pack classic that trapped a quintet of high-school students in Saturday morning detention, The Breakfast Club. Produced by Spielberg, the Robert Zemeckis-helmed Back to the Future, Part II caps off the evening with Marty McFly (Michael J. Fox) traveling to 2015, which seemed so far away when the film released in 1989.


Eat to the Beat @ Grand Central Market (Downtown)
Two of the things I love most in this world, food and music, are combined in this pre-Thanksgiving event to promote the web radio station and creative collective known as dublab. The vendors of the historic Grand Central Market are offering special culinary collaborations in addition to their normal fare, such as DTLA Pupusas from Sarita's and the upcoming DTLA Cheese booth, a Smoked Nita pulled pork and egg sandwich from Eggslut and Horse Thief BBQ, and Chili & Red Mole Brownies from Valerie at GCM and Valeria's Spices. de Lab can take you on an architecture tour, and dub lab hosts a record potluck, DJ stand and record fair where you can get some holiday shopping done for the vinyl lovers in your life, as well as crafts by Little Junebugs and custom printed totes and shirts by HIT+RUN.

Eat My Blog 5.0 @ Coolhaus (Pasadena)
Please take a few minutes of your afternoon to pick up a sweet snack at this charity bake sale benefiting the Philippine Red Cross and its aid to victims of Typhoon Haiyan at Coolhaus' Pasadena storefront. You will thank me once you've taken a bite of the amazing treats from some of Los Angeles' best chefs (Animal/Sun of a Gun's cream cheese pumpkin bars, Roy Choi's brownies, Night + Market's waffle-breaded hot dog on a stick) and bloggers (The Food Librarian's mini bundts, Just Jenn's Yoda cookies, Julie's Kitchen's ginger-molasses cookies with candied persimmon). Fill your tummy for a great cause! 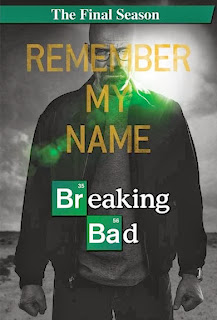 
"Breaking Bad" DVD signing @ Barnes & Noble (The Grove)
There's probably at least one person on your holiday list that would love a copy of the groundbreaking series' final season on DVD. Grab a copy at Barnes & Noble  a day before its available to the rest of the world and make their gift even more special by having it signed by the show's creator (Vince Gilligan) and some of its stars (Bryan Cranston, Dean Norris and Bob Odenkirk). Trust me, you're going to score major points for this one.


Night Terrors of 1927 @ The Echo (Echo Park)
The duo comprised of former Rilo Kiley guitarist Blake Sennet and ex-frontman of the Honorary Title Jarrod Gorbel came together last year and just released their first EP, Guilty Pleas, full of anthems dripping with angst and synth beats. Although the band's name, which was lifted from Gorbel's great grandfather's journal, is a bit ominous and their lyrics are a rather melancholy, you'll be dancing and nodding along to the songs' infectious grooves. Don't miss this final evening of Night Terrors of 1927's Monday-night residency at the Echo, featuring openers Z Berg, Cillie Barnes and WATERS.


Mike Tyson @ Barnes & Noble (The Grove)
The antics of the former heavyweight champion of the world both inside and outside of the ring made him a notorious figure in pop culture, but it's hard to deny the honest sincerity he conveys while recounting his life tales in "Undisputed Truth," the one-man show directed by Spike Lee that garnered great reviews at Pantages Theater last March and aired on TV as an HBO special. He released a memoir of the same name earlier this month that is just as raw and brutally honest as the stage show. You can meet and have the legendary athlete sign a copy of the book at the Grove tonight.