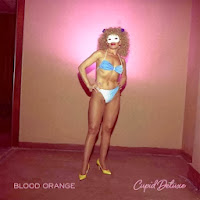 Blood Orange – Cupid Deluxe (Domino)
While Dev Hynes' (Lightspeed Champion, Test Icicles) current project remains rooted in EDM, several of the tracks on his sophomore effort reek of '80s R&B and hip hop. Featuring guest appearances by Dirty Projectors' David Longstreth, Charlift's Caroline Polacheck, Friends' Samantha Urbani, Clams Casino and Kindness' Adam Bainbridge, among others, the musical mastermind – who has written and produced for the likes of Florence and the Machine, Solange and the Chemical Brothers – crafts songs that make you dance, cry and want to climb between the sheets with your lover. The London native has lived in New York City since 2007 and made his first visit to the town his mother is from, Georgetown, Guayana, to meet family members, including his grandfather. He captures their first-ever meeting in the video for Cupid Deluxe's gorgeous lead track, "Chamakay." Other standouts include "You're Not Good Enough," "Uncle Ace" and "Always Let You Down."

Daytona – Self-titled (Ernest Jenning)
The trio's debut bursts with an infectious guitar riff joined by Caribbean sounds and African rhythms all within the first minute of opener, "The Road," which loosely documents a 40-day cycling trip two of them made from North Carolina to New Orleans in 2008. Guitarist/vocalist Hunter Simpson, drummer/vocalist Christopher Lauderdale and bassist/vocalist Jose Boyer played in bands together in Chapel Hill, formed Daytona after moving to New York City in 2011, recorded the album back in North Caroline with Ari Picker (Lost in the Trees), and it was mixed by Matt Boynton (MGMT, Hospitality). There are beautiful harmonies on pretty much every track of Daytona, along with poppy melodies that will undoubtedly put a smile on your face. 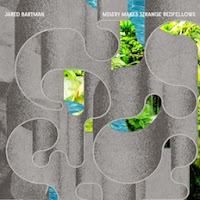 Jared Bartman – Misery Makes Strange Bedfellows
The Peoria, Ill. native's voice immediately pulls you in from the opening bars of his follow-up to 2009's Jersey Shore. Its sheer power shines in the a cappella opener, "The Cool of Your Temple," then you're hit with classical strings set to a Caribbean beat in "In Belize." That's just a tiny glimpse into the mixture of aural textures the singer-songwriter, composer and bandleader presents in Misery Makes Strange Bedfellows. There are Latin hints to "Jackals" and pop elements to "Garden Gate," while Jared Bartman's bluesy roots and strokes of the masterful storytelling of folk troubadours appear throughout.


The Fiery Heart by Richelle Mead; Five Days in November by Lisa McCubbin; Inventing Freedom by Daniel Hannan; King and Maxwell by David Baldacci; Let Me Off at the Top! by Ron Burgundy; My Promised Land by Ari Shavit; Staying Strong by Demi Lovato; Takedown Twenty by Janet Evanovich; You Herd Me! by Colin Cowherd

Music – Beyoncé's Life Is But a Dream; Black Sabbath's Live… Gathered in Their Masses; Emelie Sandé's Live at the Royal Albert Hall; Eric Clapton's Crossroads Guitar Festival 2013; The Gourds' All the Labor: The Story of the Gourds; Gustavo Dudamel and the L.A. Philharmonic's Verdi's Requiem; Rush's Clockwork Angels Tour

Posted by Jigsaw Magazine at 8:31 AM