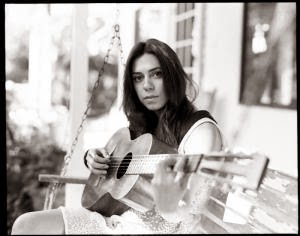 
Haroula Rose @ Troubadour (West Hollywood)
The L.A. based singer-songwriter also produced and did the music supervision for this year's Sundance Grand Jury Prize winner, Fruitvale Station. She released the follow up to her full-length debut, These Open Roads, in 2012, the So Easy EP, and has finished a sophomore album with Andy Lemaster (Bright Eyes, Now It's Overhead), Jim White and Luke Top (Fool's Gold, Foreign Born). With her busy schedule, she rarely plays hometown shows so Angelenos should take the opportunity to see her perform live whenever they can.


David Sedaris @ The Pasadena Civic (Pasadena)
The humorist, comedian, radio contributor and author of such bestselling essay collections as Naked, Me Talk Pretty One Day and the most recent, Let's Explore Diabetes with Owls, is as compelling on stage as he is on the page. He often recounts anecdotes from his childhood in North Carolina, interactions with fans and other personal experiences as he reads from his work. And he does so in a thoroughly unique, humorously sarcastic and cynical way. He also performs Saturday night at Valley Performing Arts Center.


In Theaters This Week
It's been 14 years since the release of The Best Man, and all of the film's stars – Morris Chestnut, Taye Diggs, Regina Hall, Terrence Howard, Sanaa Lathan and Nia Long – return for the sequel, The Best Man Holiday; Charlie Countryman stars Shia LaBeouf, Evan Rachel Wood and Mads Mikkelsen; Bruce Dern and Will Forte in Alexander Payne's Nebraska; Directed by Laurie Collyer (Sherrybaby), Sunlight Jr. stars Naomi Watts and Matt Dillon as a couple dealing with an unexpected pregnancy. Also in theaters: Ram Leela; The Christmas Candle; Dear Mr. Watterson 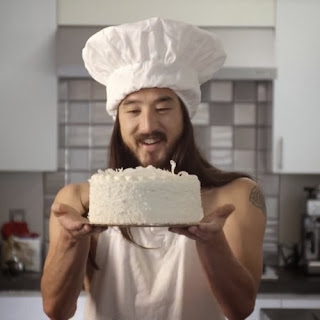 Aokify America Tour @ Shrine Expo Hall (South Los Angeles)
If you listen to KROQ at all, then you've probably heard the collaboration between Steve Aoki and Linkin Park, "A Light That Never Comes." Fans are sure to be treated to a performance of the song when the producer/DJ's national tour makes a stop in his hometown tonight, since Linkin Park's Mike Shinoda and Chester Bennington are listed as special guests performers. The lineup also includes Pharrell, Borgore, Waka Flocka Flame, as well as Iggy Azalea, Keys N Krates and Kryoman. Just don't stand too close to the stage if you don't want to be hit in the face with champagne, cake or crowd surfers.

Beats Antique @ The Fonda (Hollywood)
The San Francisco trio just released a new album, A Thousand Faces - Act 1, which features an awesome collaboration with Primus' Les Claypool on a track called "Beelzebub," and its supporting tour is like nothing you've ever seen. Just as Beats Antique's music is an amalgamation of various cultural genres, the multi-dimensional, custom-designed stage show, directed by Ivan Landau, combines film clips, graphics, puppetry, dancers and unique lighting effects to create optical illusions that will blow your mind.

Cash'd Out @ Spike's Bar & Billiards (Rosemead)
If you're a fan of Johnny Cash and have yet to check out the SoCal treasure known as Cash'd Out, then here's your chance. Vocalist Douglas Benson sounds just like Cash as he belts out the Man in Black's hit songs, but the entire band's musical prowess and showmanship pushes their performances from mere tributes to capturing the energy and spirit that is associated with the legend. You don't just have to take my word for it, members from Cash's inner circle from W.S. Holland to Loy Robin and even Cindy Cash have all endorsed Cash'd Out. So head out to the 626, and see them for yourself.


Long Beach Folk Revival @ Old Pine Avenue District (Long Beach)
The festival boasts an impressive lineup of artists that include Willie Watson (formerly of Old Crow Medicine Show), Rose's Pawn Shop http://www.jigsawmagazine.com/2012/08/roses-pawn-shop.html, Frank Fairfield, RT N the 44's, Charlie Parr and D.D. Wood, among others. If you get hungry, there is a special farm-to-table lunch being catered by Primal Alchemy going on aside from the food-truck action, with several craft breweries offering their finest libations. Also on the schedule are a banjo contest, beard and mustache contest, pie eating contest (with pies from Polly's Pies, a childhood favorite of mine), a bluegrass jam session from 11 a.m. to 1 p.m. and plenty of vintage and handmade/up-cycled vendors for you to start doing some holiday shopping early in between music sets.


Wire @ Echoplex (Echo Park)
The British post-punk legends released their latest album, Change Becomes Us, earlier this year. The album is composed of songs that sprouted from ideas that were never developed beyond being hatched in 1979 and 1980, and expect to hear many of these new tracks tonight. Let's see if jaded Angelenos will let go of their inhibitions and form a moshpit in honor of these musical pioneers.


Ron Burgundy (Will Ferrell) @ Barnes & Noble (The Grove)
The forever classy anchorman is releasing his autobiography, Let Me Off at the Top!: My Classy Life and Other Musings, Nov. 19, and has decided to grace Angelenos with his presence at a signing event at the Grove. The book tells of his humble beginnings in an Iowa coal-mining town and all of the other odds he had to overcome before turning into America's most trusted and beloved news man. Anchorman 2: The Legend Continues releases in theaters Dec. 20, so the book and the event might have a little something to do with that, too.

Posted by Jigsaw Magazine at 8:16 AM