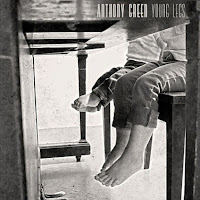 Anthony Green – Young Legs (Moshtradamus)
The singer-songwriter, multi-instrumentalist and Circa Survive frontman has one of those voices that people either love or loathe for its nasality. With his latest solo album offering, however, Anthony Green proves that he's a gifted crafter of song through sprawling atmospheric melodies and powerful lyrics that venture away from the punk/hardcore roots at the foundation of his 10-year career. For Young Legs, which was recorded in his home state of Pennsylvania with producer/engineer Will Yip (The Fray, Lauryn Hill, Arctic Monkeys), Green re-teamed with Good Old War, the backing band on his previous full-lengths (2008's Avalon and 2012's Beautiful Things). The tracks were mainly written for or about his friends and family, but gems like "Breaker," "When You Sang to Me" and "Shine" are ones every listener can relate to or just enjoy. His cross-country tour touches down at the El Rey on Nov. 22.

Erasure – Snow Globe (Mute)
I have so many memories of dancing to Erasure's "Chains of Love" and "A Little Respect" at junior high dances, and the synth-pop duo of Vince Clarke and Andy Bell hope that even more memories will be created around their new holiday-themed album. Yes, with Thanksgiving fast approaching, it is time to start getting into the spirit with Snow Globe as your guide. There are plenty of seasonal classics ("Silent Night," "White Christmas," "Silver Bells), as well as original compositions ("Bells of Love (Isabelle's of Love),"Make It Wonderful," "There'll Be No Tomorrow) to get you dancing, singing along and decking those halls. 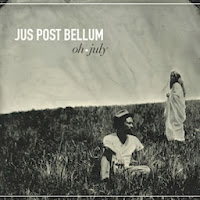 Jus Post Bellum – Oh July
Although the indie-folk quartet is currently based out of Brooklyn, frontman Geoffrey Wilson attributes the development of their sound to his Minnesota roots, years spent in the Hudson Valley and influences by artists that run the gamut from Bob Dylan to Bon Iver. With a band name that translates to "justice after war" in Latin, it should come as no surprise that several of their sophomore effort, Oh July's, songs were inspired by the Civil War, in addition to other tragic events in America's history. You can feel pain expressed in tracks like "Sonny" and "Abe and Johnny," and there are moments of sheer beauty as Wilson and Hannah Jensen's voices soar in harmony during "Call to My Jesus" and "Tell Me Mama."


The First Phone Call from Heaven by Mitch Albom (Harper)
The author of Tuesdays with Morrie and The Five People You Meet in Heaven unveils his latest novel, The First Phone Call from Heaven, which explores the power of belief. When the residents of a small Michigan town begin receiving calls from voices claiming to be from heaven, outsiders begin flocking to the community, along with a disgraced pilot, Sully Harding, who's returning home from prison. As the phone calls increase and his young son starts to carry around a toy phone with the hope that his dead mother will call, Sully is convinced it's all a hoax.

Posted by Jigsaw Magazine at 8:46 AM