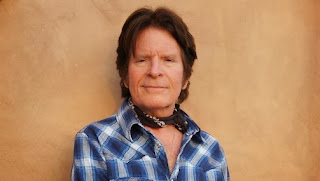 
John Fogerty: Wrote a Song for Everyone @ The Grammy Museum (Downtown)
The new exhibit, named for the singer-songwriter/guitarist's latest solo album, commemorates its opening with a sold-out performance from the former Creedence Clearwater Revival frontman tonight. Running through January 2014, the exhibit features Fogerty's personal scrapbook from his time with CCR, the handwritten lyrics for "Proud Mary," their original recording contract, special guitars, photographs, costumes, posters and much more from his time with the band and as a solo artist.


In Theaters This Week
Baggage Claim stars Paula Patton, Djimon Hounsou, Derek Luke and Taye Diggs; Bill Hader, Anna Faris, James Caan, Neil Patrick Harris and Andy Samberg reprise their voice roles in Cloudy with a Chance of Meatballs 2; Don Jon, Joseph Gordon-Levitt's screenwriting and directorial debut, focuses on a good, old-fashioned guy addicted to porn, who meets his match in a good, old-fashioned girl (Scarlett Johansson); Morning stars Leland Orser and Jeanne Tripplehorn as a couple dealing with the tragic death of their only child; A documentary about the influential music of Muscle Shoals, Alabama. Also in theaters: GMO OMG; Herb & Dorothy 50X50; Inequality for All; Metallica: Through the Never; The Secret Lives of Dorks; We Are What We Are; Wedding Palace; Young Detective Dee: Rise of the Sea Dragon


"The Human Spirit" @ Stella Adler Theatre (Hollywood)
After the deaths of her husband, brother and mother, Carole Eglash-Kosoff dedicated her life to working in the black townships of South Africa where she interviewed over 50 people about their experiences under apartheid. While Nelson Mandela was in prison and citizens had to deal with clean water and sanitation issues, as well as the explosion of the AIDS epidemic, individuals of all colors and religions worked tirelessly to make South Africa a better place. Eglash-Kosoff published these inspiring stories in a book called The Human Spirit, which is adapted for the stage at Stella Adler for four performances through Sunday afternoon.


The Princess Bride @ Glendale Central Park (Glendale)
Although it was released 26 years ago, The Princess Bride's unforgettable characters, like Buttercup and Westley, Inigo Montoya, Fezzik and Prince Humperdinck are still so beloved. Street Food Cinema screens the Rob Reiner adaptation of the William Goldman novel on its inflatable screen after a performance from local band Grey Eastern. Doors open at 5:30 p.m., so you have plenty of time to grab some grub from the Currywurst, FryGirl or Umami Burger Truck, among others, and find the perfect place to set down your blanket.


Abbot Kinney Festival – on Abbot Kinney Blvd. between Brooks Ave. & Venice Blvd. (Venice)
The annual community festival continues to grow bigger each year, and its 29th installment is no exception. There are free musical performances from the likes of AM & Shawn Lee, Chain Gang of 1974, Y Luv, and Victory on two stages, one at Brooks Avenue and the other at the Brig (Palms Ave.). Downtown Dogs, Kogi, Border Grill and Baby's Badass Burgers are just a few of the food trucks that will be hanging out at Main Street and Rialto Avenue, while Firestone Walker, Stella Artois and Newcastle host beer gardens to quench your thirst.

West Hollywood Book Fair @ West Hollywood Park (West Hollywood)
The 12th annual festival features literature, art, film, culinary and music events on 12 outdoor stages and indoor venues. Christopher Rice, Sally Kellerman and Debbie Reynolds (with a screening of Singin' in the Rain afterwards) are all scheduled to discuss their current books. There are discussions panels on the city and its stories with Jonathan Gold, Laurie Ochoa and Joseph Mattson; punk music with D.H. Peligro, Jack Grisham and Dave Markey; and love and lust with Allison Gee, Diana Raab and Shohreh Aghdashloo. Evan Kleiman, Aida Mollenkamp and Claire Thomas are set to appear in the Culinary Pavilion. In addition, there's a poetry corner, artist workshops and LGBT-centric discussions.


Thai Food Festival @ Paramount Studios (Hollywood)
If you love the intricacies of Thai cuisine, then this the event for you. Join L.A. chefs such as Sang Yoon (He should have won "Top Chef Masters"!), David LeFevre and Susan Feniger, along with Portland's Andy Ricker, for a culinary tour of Thailand's four regions. Restaurants like Jitlada, Siam Sunset and Ruen Pair will also offer a sampling of authentic, traditional fare. Immerse yourself further in the culture with classical and folk dancing, umbrella painting and Muay Thai martial arts demos.


Menomena @ Echoplex (Echo Park)
Multi-instrumentalists Justin Harris and Danny Seim released Moms, the fifth Menomena album – their first as a duo – last year, and it's been called their heaviest and most aggressive to date. The guys are joined on the bill by another Portland duo, the Helio Sequence. Should make for quite a night. 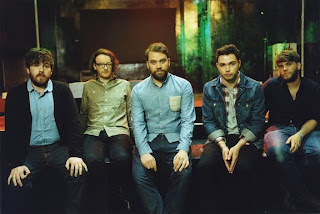 
Frightened Rabbit @ Avalon (Hollywood)
The Scottish fivesome just released a new EP, Late March, Death March, a few weeks ago, and frontman Scott Hutchinson says of the title track: "This song takes a fairly commonplace, mundane event (an argument on the way home from a night of drinking) and adds a fair bit of melodrama, mimicking the gasoline effect of pouring a drink on an argument, I suppose. I've always loved elevating 'the everyday' into something larger and louder than it actually is. These small things can seem so serious and earth shattering at the time, then you wake up and you can see how daft you both were." It's a sure bet that you'll hear some of these new tracks, as well as many from their fourth album, Pedestrian Verse from earlier this year at the show tonight.


Moby @ The Fonda (Hollywood)
Moby marks this week's release of his 11th studio album, Innocents, with a three-night celebration at the Fonda. The album, his first endeavor with an outside producer (Mark "Spike" Stent), concentrates on collaborations with the likes of Wayne Coyne, Damien Jurado and Inyang Bassey. Innocents also features contributions from Mark Lanegan, Cold Specks and Skylar Grey, who will all be appearing on the Fonda stage. Each night will be divided into two parts: songs from Innocents during the first half and selections from Moby's entire catalog in the second. These shows aren't just the debut of the new tracks, they're the only ones that he's planning to do worldwide in the near future. So, don't miss out!

Posted by Jigsaw Magazine at 11:16 AM