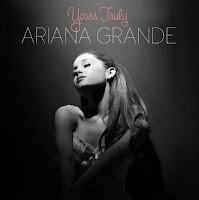 Ariana Grande – Yours Truly (Republic)
The Nickelodeon star has become such a popular radio presence that it's hard to believe her debut album is only being released today. Its lead single, "The Way" (featuring Mac Miller), has been in rotation for months, garnering Grande's breathy, soaring vocals plenty of Mariah Carey comparisons, and, thanks to pre-ordering, Yours Truly has already reached No. 1 on the iTunes Pop Chart. Grande hit the studio with the likes of Harmony Samuels and Babyface, and the album features more guest appearances from Big Sean, Nathan Sykes from the Wanted and Mika. Her pipes are more than strong enough to stand on their own, though, unlike some of the other artists in her manager Scooter Braun's stable. With tracks like "Tattooed Heart and "Piano," Grande proves her immense voice will allow her to go the distance. See what I mean when you hear her perform live Sept. 9 at Club Nokia.

John Legend – Love in the Future (Columbia)
Seriously, who doesn't love John Legend? The nine-time Grammy winner releases his fourth album, his first solo effort in five years. After collaborating with the Roots for 2010's Wake Up!, Legend became engaged, and Love in the Future definitely has a romantic air, with themes of love, marriage and commitment in songs like "The Beginning…," "All of Me" and "You & I." You can feel the touch of executive producer Kanye West in the pulsating beats of "Made to Love," "Who Do We Think We Are" and "Save the Night," while Legend's vocals and piano skills soar on "Open Your Eyes" and "Dreams." He collaborates with Q-Tip on "Tomorrow" and also covers Bobby Caldwell's "Open Your Eyes" and Anita Baker's "Angel." 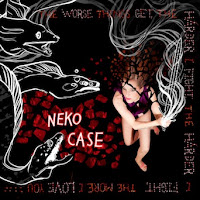 Neko Case – The Worse Things Get, The Harder I Fight, The Harder I Fight, The More I Love You (ANTI-)
Now, that is some title. While the singer-songwriter's last effort, 2009's Middle Cyclone, explored the power of nature, for this new album, her sixth, she turned her focus inward as she settled into her new home, a 100-acre farm in rural Vermont, got a couple of tattoos, read Moby-Dick for the first time and dealt with depression and the grief of her parents' and grandmother's deaths. From the rocking "Man" to a gorgeous cover of Nico's "Afraid" and the stark "Where Did I Leave That Fire," Case gives a glimpse into her emotions at the time and remains hopeful in "Ragtime." She performs as part of the Way Over Yonder Festival at the Santa Monica Pier on Oct. 5.

Nine Inch Nails – Hesitation Marks (Columbia)
I don't think I need to say to persuade die-hard NIN fans to purchase Hesitation Marks beyond reiterating the fact that it's the first collection of works from the band in five years. In the meantime, Trent Reznor released two albums with How to Destroy Angels, composed for a video game, The Social Network (which he won an Oscar for) and The Girl with the Dragon Tattoo, as well as contributing vocals to Queens of the Stone Age's latest, …Like Clockwork. Perhaps all of the time that's passed has brought forth a bit of a changed man, as there is markedly less screaming vocals on the album. Don't get me wrong, though, there is plenty of angst and aggression within and just under the surface of the 14 tracks, which feature guitar work from the great Lindsey Buckingham. For those who weren't lucky enough to have scored tickets to tonight's special release show at the Troubadour via the raffle that took place this morning, don't fret: The band returns to Los Angeles for a date at the Staples Center on Nov. 8.

Film – Jesse Eisenberg, Isla Fisher, Woody Harrelson and Dave Franco are magicians/bank robbers being pursued by an FBI agent (Mark Ruffalo) and an Interpol agent (Mélanie Laurent) in Now You See Me; Colin Firth stars as a middle-aged man who is so unfulfilled in his life that he assumes a new identity, Arthur Newman, and embarks on a cross-country trip that leads him to "Mike" (Emily Blunt); Julianne Moore, Michael Angarano, Greg Kinnear, Lily Collins and Nathan Lane in The English Teacher; The always-brilliant Michael Shannon is The Iceman, which also stars Winona Ryder, Ray Liotta, Chris Evans, James Franco and David Schwimmer

Also available – Beyond the Walls; Blancanieves; Cockneys Vs. Zombies; Empire State; Evocateur: Morton Downey Jr. Movie; Extracted; From Up on Poppy Hill; Fun Size; Hells Angels on Wheels; Hope for Love; I Do; The Lords of Salem; Mulan: Rise of a Warrior; Petunia; Scavengers; Slightly Single in LA; Somm; Stories We Tell; The Theatre Bizarre; Violeta Went to Heaven; What If…?