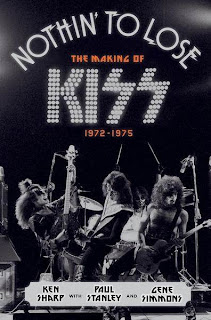 
Paul Stanley and Gene Simmons @ Barnes & Noble (The Grove)
The rock legends teamed with author Ken Sharp for Nothin' to Lose: The Making of KISS (1972-1975). The book draws from more than 200 interviews with the band, their staff, producers, club owners and promoters, rock photographers and journalists, as well as musical contemporaries such as Alice Cooper, Aerosmith, Iggy & the Stooges and Bob Seger, to document KISS' formative years. It offers an intimate look at all the ups and downs on their path to superstardom. Simmons and Stanley will sign copies of the book tonight at the Grove.


Lovelife @ El Rey Theatre (Mid-City West)
Get set for the weekend on the dance floor tonight at the El Rey. Londoners Lee Newell and Ally Young spent half of last year in New York, garnering praise from the likes of Under the Radar, Noisey and Entertainment Weekly for their self-produced Eps, El Regreso and The Fourth Floor. The duo pays the west coast a visit in anticipation of their third EP, Stateless, releasing Oct. 1. If you can't catch tonight's show, Lovelife return to SoCal in support of the Neighbourhood Nov. 1 at the Observatory in Santa Ana.


Lobster Fest @ Ports O'Call Village (San Pedro)
Since 1999, International Lobster Festivals has produced this celebration of all things lobster for the Port of Los Angeles. Strap on your plastic bib to prepare for the three-day event that offers $20 lobster meals, arts and crafts and vendor booths, the Pirate Camp sideshow and live performances from Big Black Delta, Sad Robot, Dead Sara, Deap Vally and the English Beat. 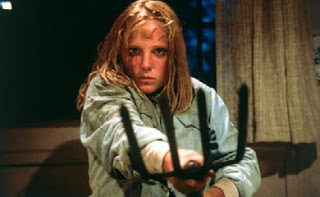 Friday the 13th Mini Marathon @ The Aero (Santa Monica)
Since it's Friday the 13th, American Cinematheque is paying tribute to the horror franchise by screening the first four installments of the series: the 1980 original, Friday the 13th Part 2 from the following year, 1982's Part III and The Final Chapter (1984) with Corey Feldman. There will also be costume and trivia contests with great prizes and a discussion hosted by BloodyDisgusting.com.

In Theaters This Week
The Family stars Robert De Niro, Michelle Pfeiffer, Dianna Agron and John D'Leo as a mafia family who enters the witness protection program and moves to France; Patrick Wilson and Rose Byrne reunite with director James Wan and writer Leigh Whannel for Insidious: Chapter 2; Jayne Mansfield's Car, written and directed by Billy Bob Thornton, is an ensemble drama set in the 1960s with John Hurt, Kevin Bacon and Robert Duvall; Kate Bosworth in And While We Were Here. Also in theaters: Fire in the Blood; Grand Masti; Harry Dean Stanton: Party Fiction; Informant; The Muslims Are Coming!; Sample This; A Strange Brand of Happy; Touchy Feely; Wadjda


Ramen Yokocho Fest @ The Cultural Arts Center (Torrance)
Thankfully the temperature has cooled so that a bowl of steaming-hot noodles actually sounds appetizing right now, and if you're a sucker for ramen then you probably already know about this first-ever festival. Admission and parking are free to what promises to be the largest ramen show in the country, with $8 ramen from some of Los Angeles' finest: Daikokuya x Ninben, Ikemen, Silverlake Ramen (who serve my favorite vegetable ramen), Gomaichi, Jidaiya and Iroha, among others. If you're still hungry, Tsujita will offer nigiri sushi and Hannosuke will be dishing up their Jonathan Gold-approved tendon.


Mad Decent Block Party @ L.A. Center Studios (Westlake)
Every year the party gets bigger and bigger. This year's players include Diplo with Major Lazer, Matt & Kim, Big Gigantic, Clockwork, the Partysquad, Samo Sound Boy, Sasha Go Hard, DJ El Dusty and Liz. The fun runs from noon to 8 p.m., and make sure to drink plenty of water beforehand, because you're definitely going to work up a sweat dancing all day long. 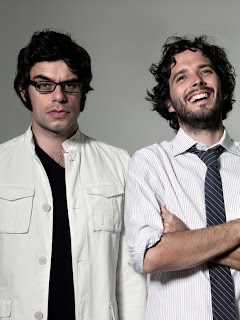 
The Oddball Comedy & Curiosity Festival @ Verizon Wireless (Irvine)
Funny or Die presents this new comedy tour that's been crossing the country with Dave Chappelle, Flightof the Conchords, Al Madrigal, Chris D'Elia, Demetri Martin, Hannibal Buress, Jim Jefferies, John Mulaney and Kristen Schaal. Although most eyes will no doubt be on Chappelle, I've seen the Conchords a few times and they are definitely not to be missed. There will also be plenty of street performers, vendors, psychics and tasty treats to occupy your time as well.


"The Wizard of Oz" @ Pantages (Hollywood)
The classic musical is revived in Andrew Lloyd Webber's new production, complete with new songs from the composer and longtime collaborator, lyricist Tim Rice. If you've never seen the stage production, then now's your chance to enjoy all the beloved songs and characters come to life in front of your eyes.


Aisha Tyler @ Book Soup (West Hollywood)
The comedian, actress and "The Talk" cohost is also an author. She follows up her 2004 debut, Swerve: Reckless Observations of a Post-Modern Girl, with Self-Inflicted Wounds: Heartwarming Tales of Epic Humiliation, which released in July. In the book, which was named for the popular segment of her "Girl on Guy" podcast, she shares brutally honest, and hilarious, tales from her standup career that have shaped her into the strong woman she is today.

Posted by Jigsaw Magazine at 11:19 AM