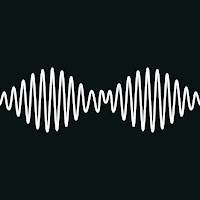 Arctic Monkeys – AM (Domino)
Much has changed for the English foursome since the release of their last album, 2011's Suck It and See. Most notably, their relocation to Los Angeles last year. They recorded their fifth album at Sage & Sound and Rancho De La Luna, and the atmospheres of both SoCal studios had a definite impact on the 12 tracks that appear on AM. The album is their strongest yet and features guest work from Josh Homme, Pete Thomas and Bill Ryder Jones. They catch your ear from the get-go – a drum machine blends with snarling guitar riffs in opener "Do I Wanna Know?," you'll be hooked on "Why'd You Only Call Me When You're High?" upon first listen and "No. 1 Party Anthem" will have you swaying along to Alex Turner's vocals. Catch the new songs, along with your older favorites, when Arctic Monkeys takeover the Wiltern for three nights later this month (Sept. 29 & 30 and Oct. 1).

Goldfrapp – Tales of Us (Mute)
My love for Alison Goldfrapp (one of music's best frontwomen, alongside Karen O.) and Will Gregory has no bounds, and they continue to entrance with their sixth album. Each track on Tales of Us is named in the first person – except for "Stranger" – and presents a suspenseful, romantic and/or dreamy narrative that surrounds characters such as "Jo," "Thea" and "Laurel" The duo weave the tales with their haunting synthesizers intertwined with Alison's gorgeous vocals for a cinematic album that inspired a film from Lisa Gunning that will screen in theaters later this year. 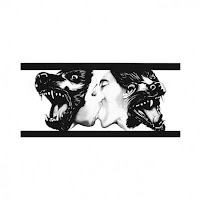 Holy Ghost! – Dynamics (DFA)
If you don't find yourself breaking into dance whenever a song from Nick Millhiser and Alex Frankel comes on, then there is seriously something wrong with you. The Brooklyn duo have been making music together since second grade and follow-up their critically acclaimed 2011 self-titled debut with Dynamics, which not only refers to their focus on contrast with the album but the songs' lyrical content (dealing with the dynamics of relationships) as well. Millhiser says, "I'm trying to make music that makes me as unabashedly giddy as music made me when I was a kid," and tracks like"Dumb Disco Ideas," "Changing of the Guard" and "It Must Be the Weather" successfully capture the feel of 1980s electro-pop to a T. They were just here for FYF Fest last month, and they'll be back for a show at the Fonda on Oct. 20.

Janelle Monáe – The Electric Lady (Bad Boy/Wondaland)
Ms. Robinson just wowed the New York Fashion Week crowd at Rebecca Minkoff's runway show the other day, performing an energetic set sporting her trademark pompadour and black-and-white threads. Her unique style is felt throughout her sophomore effort, which was inspired by her own dreams and experiences, as well as the stories of groundbreaking women like Dorothy Dandridge, Sally Ride and Cindi Mayweather. She teams with an impressive cast of collaborators, including Prince ("Given Em What They Love"), Erykah Badu ("Q.U.E.E.N."), Solange ("Electric Lady"), Miguel ("Primetime") and Esperanza Spalding ("Dorothy Dandrige Eyes"). Monáe embarks on a North American tour next month, which stops at Club Nokia on Nov. 2. 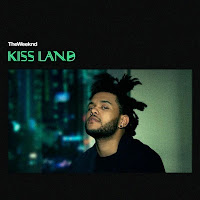 The Weeknd – Kiss Land (XO/Republic)
Abel Tesfaye's 2012 mixtape series, Trilogy, went platinum, and expectations for his debut studio album are just as high. The Canadian artist-producer, who reminds me of Maxwell both in appearance and smooth falsetto, breathes new life into the R&B world with Kiss Land. Although his work will never be for everyone, you can't deny the innovation behind his dark yet pretty, captivating cuts such as "Belong to the World," "Live For" featuring Drake and "Tears in the Rain." He'll be in town next week for a two-night stand (Sept. 16 and 17) at the Greek. 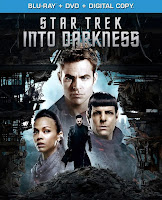 Film – Chris Pine, Zachary Quinto and Zoe Saldana reprise their roles in Star Trek Into Darkness, J.J. Abrams' second installment of the series' revival, and are joined by the fabulous Benedict Cumberbatch as Khan; Blood, with Paul Bettany, Mark Strong and Brian Cox; National Geographic photographer James Balog captures the disappearances of the world's glaciers in Chasing Ice, which received an Oscar nomination for Best Original Song for "Before My Time," performed by Scarlett Johansson and Joshua Bell; Wish You Were Here stars Joel Edgerton and Teresa Palmer

Posted by Jigsaw Magazine at 11:03 AM