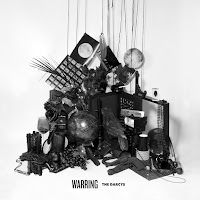 The Darcys – Warring (Arts & Crafts)
The Toronto foursome's latest is the culmination of over three years of writing and six months in the studio with producer Tom Mcfall (Stars, Bloc Party) and mixer Dave Schiffman (Vampire Weekend, System of a Down) and is the final installment in a trilogy of albums for Arts & Crafts that includes their 2011 self-titled debut and last year's tribute to Steely Dan's Aja. From the soaring vocals of "Hunting" and infectious beats of "Horses Fell" to lead single "The River," Warring pulsates with beauty. The art rockers' ability to create sonic masterpieces layered with various textures is guaranteed to keep your ears happy and busy for many months to come.

Elvis Costello and The Roots – Wise Up Ghost (Blue Note)
What at first might seem like an odd pairing, the collaboration between the legendary singer-songwriter and the amazing hip-hop/soul band makes sense. The Roots have proven their ability to match musical wits with a variety of guests on "Late Night with Jimmy Fallon," and Costello has dabbled in many genres throughout his 36-year career. With Wake Up Ghost, they create a new brand of cool that bursts every track, from openers "Walk Us Uptown" and "Sugar Won't Work" to "(She Might Be a) Grenade" and "Viceroy's Row."

The Goldberg Sisters – Stranger's Morning (Apology Music)
Most of the world knows of Adam Goldberg from his roles in Dazed and Confused and Saving Private Ryan or as the writer/director of films such as Scotch and Milk, but as evidenced by the score for his 2003 film I Love Your Work and 2009 LANDy album, he is also an accomplished musician. Currently he creates music under the moniker of the Goldberg Sisters, with his imaginary twin sister Celeste as songwriter and him playing all of the instruments. Stranger's Morning, his sophomore effort as the Goldberg Sisters, was born from his visual and aural outlet over the past three years (his Tumblr blog) and the psychedelic 14 tracks are definitely reminiscent of the Beatles' later years. 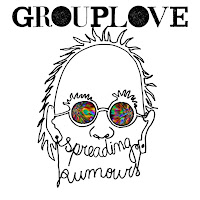 Grouplove – Spreading Rumours (Canvasback/Atlantic)
It's hard to believe that it has been two years since the New York/L.A. quintet released their debut; maybe because Never Trust a Happy Song's hit "Tongue Tied" is still in heavy rotation on the radio. "Ways to Go," the lead single from their sophomore effort that releases today, is just as infectious. You'll find yourself dancing to every track (even the slower ones) on Spreading Rumours, which was produced by the band's drummer, Ryan Rabin. They play sold-out shows tonight at the Troubadour and tomorrow at Hollywood Forever's Masonic Lodge.

MGMT – Self-titled (Columbia)
Benjamin Goldwasser and Andrew VanWyngarden return with a third effort, a self-titled album that could perhaps gives us the most honest glimpse into the duo's inner songwriters. While 2010's Congratulations was largely a reaction to the massive success of their Oracular Spectacular, they've taken the subsequent years to craft MGMT and continue to display eccentric electronic beeps and blips paired with dreamy vocals on this album. Make sure to check out the video for "Cool Song No. 2," starring "Boardwalk Empire"'s Michael K. Williams who plays a character more akin to his Omar role from "The Wire." 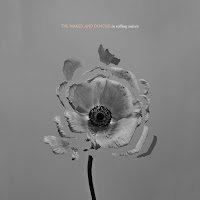 The Naked and Famous – In Rolling Waves (Republic)
If you love "Young Blood," then you will continue to take delight in the Naked and Famous. Although the Kiwi fivesome relocated from Auckland to Laurel Canyon last year to write their second album, the famed neighborhood's sound doesn't find its way onto the effort. In Rolling Waves is full of the electro-tinged rock anthems that made you love them in the first place: "The Mess," the gorgeous "Hearts Like Ours" and "I Kill Giants." Remarkably, their Sept. 27 show at the Wiltern hasn't sold out yet, so get your tickets ASAP.

Simple Dreams: A Musical Memoir by Linda Ronstadt (Simon & Schuster)
The amazing folk-country-rock singer stunned the world when she announced that she has Parkinson's disease last month, such a tragic loss of one of music's greatest voices. Her memoir, named after her No. 1 album from 1977, doesn't touch on her illness, though. In it, she takes a look back at her 45-year career, from her happy childhood in Arizona and moving to Los Angeles as a teenager to pursue her dreams to her years with the Stone Poneys and as a one of the most successful female artists of the 1970s.

Also available – 1st Night; Aberration; After All These Years; All's Fair in Love and Advertising; Anjelah Johnson: The Homecoming Show; A Big Love Story; Bless Me, Ultima; Breakout; The Crying Dead; Death By VHS; Drift; The East; Easy Rider: The Ride Back; Eyes of the Woods; Gimme the Loot; Greetings from Tim Buckley; The Haunting of Helena; Hidden in the Woods; I Don't Know How She Does It; In the Fog; Java Heat; The Last Tycoon; Muirhouse; Paranormal Asylum; Scenic Route; Self Storage; Shanghai Calling; Showgirls 2: Penny's From Heaven; Simon Killer; Somm; Suddenly; Universal; War of the Buttons; The We and the I

Posted by Jigsaw Magazine at 12:05 PM