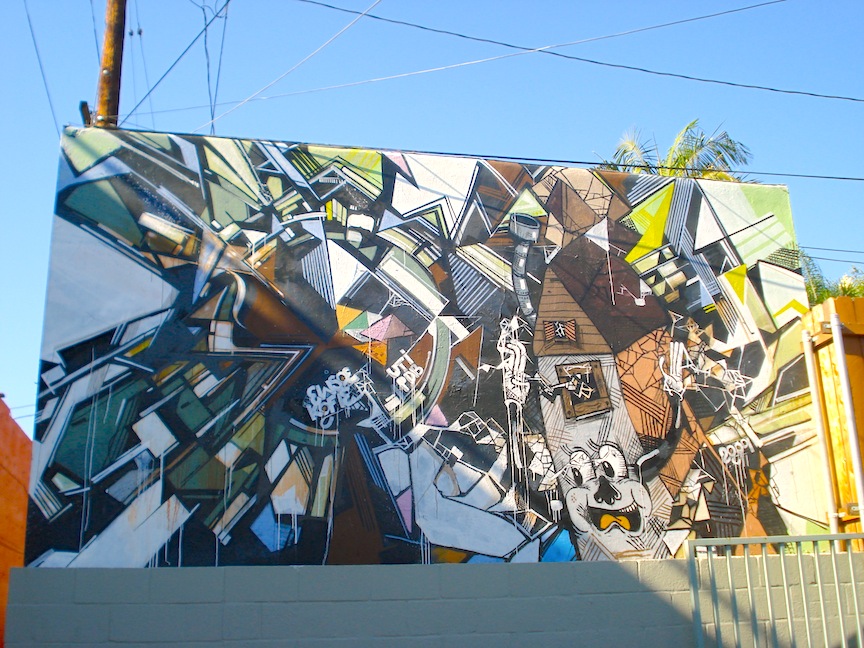 I came across this Ewsoe y Kofie Mural in the alley next to the Vista Theater on Sunset Drive (at Hollywood Boulevard) in Los Feliz one day after seeing a movie. A member of the West Coast Artists Crew, Augustine Kofie – who is known for the use of intersecting lines and geometrical shapes in his pieces – primarily painted the backgrounds of the mural. While PDB's Ewsoe did the house character, cracks and type. You can see more of Kofie's work in the #ArtShareLA exhibit at Art Share L.A. from March 1 through April 7, 2013 in Downtown.