I'm always curious as to what most Angelenos will say when I ask them what they like most about the city they live in. One of the most common answers is that they love the wide range of cultures and personalities that make up the fabric of Los Angeles. I don't think I've met anyone who so completely embraces this diversity as much as Renée Travis. The President/Founder of Heyday Media Group – which oversees promotions and media licensing for musicians while nurturing their creativity – not only appreciates the variety of people and experiences the City of Angels has to offer, she strives to represent an eclectic mix of artists.

Looking over the Heyday Media Group roster, pretty much every genre of music is present. From Pokey LaFarge and Amanda Jo Williams, Mickey Avalon and Saigon to the Parlotones and the B Side Players, artists of all breeds have found a home with Heyday.

"I feel very fortunate that I love all kinds of music. I've always been a fan of all genres," shares Renée. "I look for honesty and integrity in an artist. My body tells me when I'm moved by them. You said a good word: 'magical.' I like that word. That's exactly what I'm talking about when my body tells me. I work for the artists, so if I'm going to push and fight for them and help them grow, I need to believe and feel passionate about them and their music. You can usually tell when someone is being truthful to themselves creatively or just trying to copy something that's the current hit."

While Renée's instincts have led to her forming relationships with artists from all walks of life, she also has an open mind when it comes to sampling new culinary fare. When it came time for her to select a favorite place for us to do our interview, she had a hard time settling on a cuisine let alone just one restaurant. She eventually chose one of her go-to places for Chinese food, Din Tai Fung, known for their Xiaolongbao soup dumplings.

Named one of the Top 10 Restaurants in the World by The New York Times in 2010, Din Tai Fung was established as a cooking oil retailer in Taiwan by Yang Bingyai in 1958. Once the sale of canned oil became common in markets, Yang and his wife started selling their steamed buns on the side to make extra money. The Xiaolongbao were so popular that the business completely turned into a restaurant in the 1980s. Din Tai Fung locations have sprouted all over the world (Its Hong Kong branches have been awarded Michelin stars.), and luckily for us, there are two in Arcadia.

Din Tai Fung's Juicy Pork Dumplings are so famous that they were spotlighted on a recent episode of "The Layover," in which host Anthony Bourdain visits the original Taipei City location and instructs viewers on the proper procedure to fully enjoy the Xiaolongbao. Renée has her own method for eating the beautifully assembled dumplings, her usual order at the restaurant, that includes the mandatory accompaniment of sliced ginger.

We also try some fresh string beans sautéed with garlic and the Shanghai Rice Cake with Shrimp, which is delicious. I order the Shrimp & Pork Wonton Soup, the perfect dish to cure my cold. The pillowy wontons are stuffed with ground pork, minced scallions and Din Tai Fung's own blend of seasonings and spices swimming in a simple yet satisfying broth.

"I love Asian food. I can't decide what my favorite is. Even when I'm feeling sick, I usually go with Japanese miso," says Renée, before sharing some of her other preferred food spots around town. "For Vietnamese, there's Lemongrass in Eagle Rock, and Golden Deli in Alhambra is awesome. For Italian, Casa Bianca. I love that place – the best Antipasto in L.A. that I've ever had. For Mexican, La Abeja on Figueroa in Highland Park/Glassell Park. It's a hole in the wall and family-owned. I've been going there for 20 years, so I've seen all of their kids grow up. It's just really good, traditional food and very humble people that work there. I also go to La Cabanita, in Montrose/La Canada. It's a quaint place with a festive environment. Not too loud, and it's in the foothills of the mountains so you have that somewhat sleepy energy."

As for places she likes to check out bands at, Renée prefers smaller venues and outdoor spaces.

"I like intimate venues. I like being able to feel the energy of the artists, and I find there's a lot of excitement in arenas, but I like to be up close and personal. I really enjoy Echo Country Outpost and the Echo. I like outdoor venues, like the Greek and Hollywood Bowl – any outdoor venue really," she says. "We've done something called Solstice Skyline the past two years. It's an intimate series of outdoor shows. The last few years have been in my backyard but hopefully we'll open them up this year and take them into gardens."

Renée first came out to Los Angeles after high-school graduation and says that it just felt like home.

"The creativity, the arts here. I grew up in Upstate New York and there wasn't really much of that. It made sense. It was an adventure," she tells. "I had no intentions of ever going into music, it just kind of happened. But when I look back on my whole life, it makes sense why I'm doing what I'm doing."

Although she calls herself "way too uncoordinated to play any instrument," Renée's childhood was always full of music. Her parents filled her ears with Johnny Cash, Hank Williams, Janis Joplin, Deep Purple, Leo Sayer and the Eagles.

"My grandma was a huge fan of music, and that's why I said it makes sense to me now. She loved and still loves Patsy Cline and Brenda Lee," she recalls. "I feel so fortunate to have experienced that diversity of music."

As Renée grew to form her own musical appetite, she explored artists like UB40, Simon & Garfunkel, Depeche Mode, R.E.M. and Ozzy Osbourne. She also began to fall in love with film.

"Growing up, my world was very limited. There was Disney every Sunday night, On Golden Pond and Old Yeller. Once when I was on my own, I got into all kinds of classic films, like Sunset Boulevard, All About Eve, Sullivan's Travels, and started getting more into independent films," Renée remembers. "I enjoy documentaries, too."

Her interest in film and music fueled her work as a music supervisor and artist manager, and in 1995 she launched an independent music supervision company, Artists in Motion. Renée has supervised and consulted on over 30 productions and a variety of artists that include Tom Waits, Tim Buckley and Michelle Shocked. In 2000, she formed her first publishing company, Media Creature Music, which eventually evolved into Heyday Media Group in 2006. 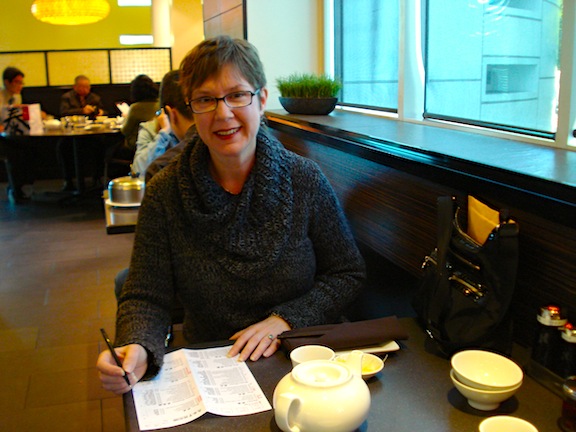 Heyday maintains its own record label, NocturnalSol, which released Amanda Jo Williams' Mary's Big Feet and Stephen Ashbrook's SOAP Box Set 1995-2010 in 2011, as well as a compilation called In This Together last November. Proceeds from In This Together go to the contributing artists and to an organization called Sound Art that Renée first started working through the Solstice Skyline series. Sound Art provides music education and tools for L.A. youth to create their own music. A group of these young adults formed a band, Breed Street Rookies, and recorded two songs that are part of In This Together.

"It makes these artists on the compilation that much more special since they're using their art form for something that's a little bit bigger than them. The opportunity for the kids to be a part of the project, to actually write and record, was an awesome experience. They're just amazing, insightful kids. They're aware of what opportunities they're not going to have by money being taken out of education. They're aware of the benefits and opportunities to play music together to keep them off the streets, out of gangs and to keep them inspired. Sound Art is so important, so they have an outlet that encourages collaboration, art and freedom of expression," Renée stresses. "There are not many things in life like music. It really is a gift."

Giving back to the community is something that is incredibly important to everyone involved with Heyday. Besides In This Together, they run a program called PATH.

"PATH is a three-month campaign with a group of songs and artists that put money into 10 different organizations, from healthcare to art. We're also launching something called Wings this year. It's very similar to PATH, but it's just for one organization and it's a shorter campaign," informs Renée, "It's a good reminder and motivator to be the person that I want to be. Some people might put a Post-it on their refrigerator, this is my Post-it. I hope that from many different perspectives, from the artists and organizations to the people licensing the music to productions, that it's all a positive experience."

It really is a family atmosphere whenever their artists and label representatives get together. A few weeks ago at the release show for In This Together at Echo Country Outpost, there was such a great vibe being emitted from everyone at the celebration as bands that contributed to the compilation – RT 'N the 44s, Jim Reynolds of Cave Country, Tommy Santee Klaws and Fort King – performed. I think that everyone really supports and gets along so well with each other because they share the same intense passion for music that Renée does.

"There are so many artists who do music for just the money, to be on the biggest billboard on Sunset Boulevard. To see a resurgence of artists doing it because they have to, because it's in their spirit is refreshing," comments Renée. "One of my artists said to me, 'I will always do music.' He was saying, 'This is who I am; this is what I need to do whether I'm hugely successful or not.' I melted when he told me that. This is the kind of artist that I want to work with because I know how much I'm going to put into them."

In This Together is currently available. For more information, visit heydaymediagroup.com.

Posted by Jigsaw Magazine at 11:02 AM