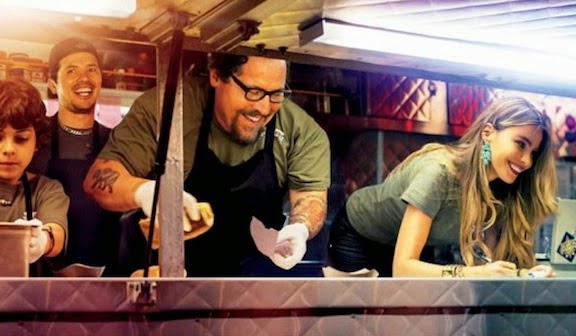 From Caped Crusader to Dark Knight: 75 Years of Batman @ Egyptian Theatre (Hollywood)
Batman first appeared in Detective Comics in May of 1939, and to celebrate, American Cinematheque is screening double features dedicated to the superhero two nights in a row. If you have never hiked up to the caves in Bronson Canyon that were used in the "Batman" television series while singing the theme song in your head, well, you're sorely missing out. Never fear, you can na na na na na na along with fellow fans during tonight's screening of the 1966 feature that was spawned from the show with Adam West as Batman and Burt Ward as Robin, followed by Batman: Mask of the Phantasm, the feature spinoff of the animated show. Saturday's double feature is of Tim Burton's Batman and Batman Returns, starring Michael Keaton as Batman.


OC Night Market @ OC Fair & Event Center (Costa Mesa)
Since its inception two years ago, the 626 Night Market has grown into a huge affair, drawing more than 50,000 people to its monthly event inspired by the nighttime markets of Asia. This year, they've decided to spread the fun around to other areas of SoCal, including this weekend's first-ever festivities in Orange County. Beginning at 4 p.m. today, Saturday and Sunday, you can sample dishes from over 200 different vendors – the bacon jerky from Banzai Jerky, a lobster roll from the Lobsta Truck, lychee macarons from JoJo Cakes – and enjoy presentations from visual artists, musicians and dancers.


Thunder vs. Clippers @ Staples Center (Downtown)
Having begun the healing process after the shock and mayhem created by the unfortunate Donald Sterling, the Clippers were able to take care of business against the Warriors and head into the Western Conference Semifinals with a fresh attitude and outlook. Los Angeles took Game 1 against Oklahoma City, 122-105, on the Thunder's home court, but the OKC squad won Wednesday night's game by 11 points. Los Angeles has a fierce hunger to make it to the Finals, but don't expect this season's league MVP Kevin Durant, Russell Westbrook and the rest of the squad to just let the Clips walk all over them. Game 3 tonight and Game 4 on Sunday afternoon are going to feature some exciting playoff basketball. 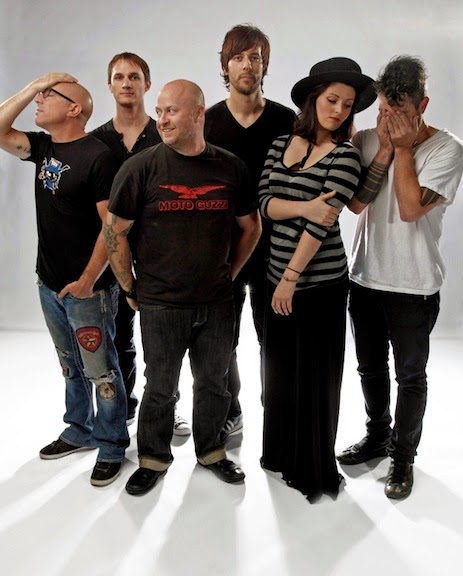 
Cinquanta @ Greek Theatre (Griffith Park)
Just like 15-year-old Latinas celebrate their special birthday with a blowout celebration, the great Maynard James Keenan is commemorating his 50th year of life with this grand event taking place tonight and tomorrow night at the Greek. The L.A. singer-songwriter, musician, producer, winemaker and actor is known for his on-stage theatrics, so expect even more awesome performances from his bands Puscifer and A Perfect Circle than you have seen before. As a treat, Failure has agreed to hold reunion sets on both nights as the band's gift to MJK, who says, "This was the perfect opportunity to tick off one of my bucket list items in the form of a Failure reunion. What better birthday present could one ever hope for?"


The Return of Outdoor Movie Nights
Warm weather doesn't only mean beach days and wearing flip flips 24/7, it ushers in the season of having picnics and watching movies under the stars with friends. Tonight, two of the city's biggest outdoor movie event organizers kick off their schedules for the year. Cinespia sets up stakes at their usual site, Hollywood Forever Cemetery, with a screening of Harold Ramis' 1983 ode to the summer family road trip, National Lampoon's Vacation. Join the Griswolds (Chevy Chase, Beverly D'Angelo, Dana Barron and Anthony Michael Hall) on their cross-country trek to Walley World. Or, you can head a little southwest to Pan-Pacific Park where Street Food Cinema opens their season with a 30th anniversary double feature of two awesome comedies from 1984, Revenge of the Nerds and Bachelor Party. It's an all-out '80s party with a costume contest, DJs spinning music from the decade, food trucks and special guest Curtis "Booger" Armstrong.

Showing mom just how much you appreciate her doesn't mean you have to empty your wallet on an extravagant brunch at one of the city's best gourmet restaurants. Treat her to a homemade spread for brunch or dinner, or just spend the day doing something together. Go for a hike in Runyon Canyon or walk along the Santa Monica Pier. See a matinee of The Wizard of Oz at Aero Theatre, The Sound of Music at the Egyptian or Mildred Pierce at the Cinefamily. Take in exhibits at MOCA, LACMA or the Getty Center. Or head to a play, like the one below.


"Letters From Zora: In Her Own Words" @ The Pasadena Playhouse (Pasadena)
Most everyone has to read Their Eyes Were Watching God in school, and Zora Neale Hurston's own life is just as inspiring for women and men of every color. Playwright Gabrielle Denise Pina's "Letters From Zora: In Her Own Words" explores the author's opinions on integration, segregation and social justice through the dramatization of personal letters set to original music composed by Ron McCurdy and archival images collected by Margie Labadie. Get to know the woman behind the stories, as well as the friends and foes that comprised her world during the Jazz Age. Running through May 18.


Fallen Fruit of the Skirball @ Skirball Cultural Center (Brentwood)
From the vibrant red of its skin and seeds to the numerous health benefits contained in its juice, the pomegranate is quite an appealing fruit. Furthermore, the symbolic meanings of the fruit – particularly relating to marriage and fertility in Jewish, Persian, Greek and Turkish cultures – are many. After being inspired by an illustrated ketubbah (Jewish marriage contract) on display at the Skirball, David Burns and Austin Young of the L.A. art collaborative Fallen Fruit (who are known for using fruit as a medium) began work on this exhibit that focuses on the pomegranate, as well as the emotional, cultural and intellectual "ingredients that make for a great relationship." On display through Oct. 12.


Science & Food: How We Taste @ UCLA's Schoenberg Hall (Westwood)
The second lecture in UCLA's Science & Food series explores how humans taste through the lens of a scientist (Dr. Dana Small), a chef (Wylie Dufresne) and a food writer (Peter Meehan). Dr. Small explains how different flavors stimulate our brains and also sheds light on the link to obesity. Chef Dufresne, who is known for his inspired dishes that utilize molecular gastronomy techniques, tells of his approach to creating unique flavors and textures. Cookbook author and former New York Times writer Meehan shares his experiences with food and how they have shaped his writing.

Posted by Jigsaw Magazine at 8:47 AM