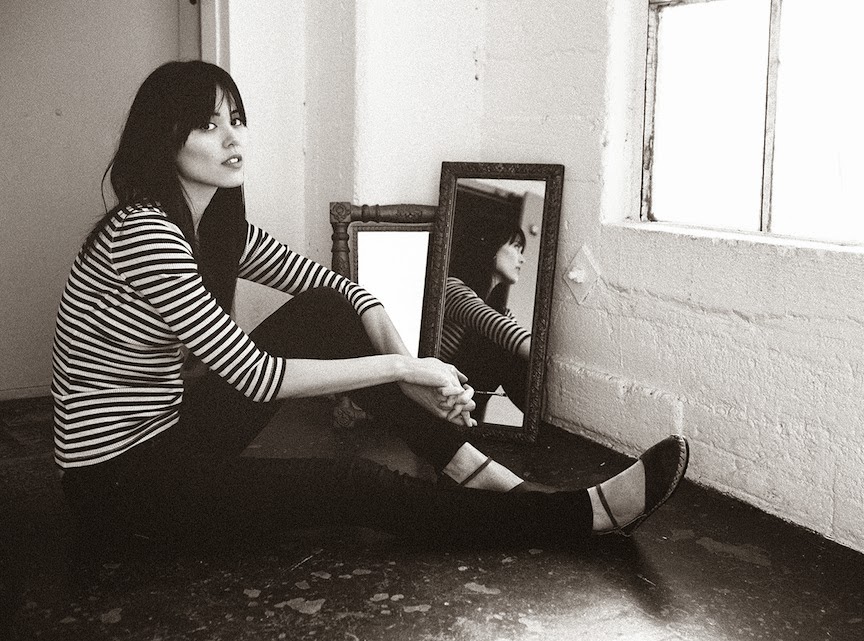 My Los Angeles with


If you watched Kate Hudson and Anne Hathaway duke it out in the film Bride Wars, you probably shed some tears during the touching scene right before they walk down the aisle. "Dream, "the song that provided the soundtrack to this climactic scene was pivotal in tugging at the heartstrings, perhaps even more than the wistful glances between the movie's leads.

Priscilla Ahn is the L.A. singer-songwriter who penned "Dream," and while that tune is beautiful and powerfully emotional, it's really just the tip of the iceberg when it comes to the artist's talent. Growing up in Pennsylvania, Ahn began crafting songs and playing the guitar at age 14; she performed in front of an audience for the first time before even turning 18. Music eventually led Ahn to Los Angeles, and I was lucky enough to have witnessed some of her first shows in the city almost a decade ago. Her stellar voice had me from first listen.

Since then, she has released two full-lengths via Blue Note (2008's Joey Waronker-produced A Good Day, When You Grow Up from 2011) and two Japanese albums, as well as touring the world with the likes of Willie Nelson, Ray LaMontagne, Joshua Radin and Devotchka. For her latest effort, last February's This Is Where We Are, Ahn took a solitary trip to the desert for songwriting inspiration.

The journey proved transformative, as the resulting tracks mark a slight departure from her sparse, acoustic-based songs into the realm of electropop. There's not doubt that the pulsating beats of This Is Where We Are's opener "Diana," "Home" and "You And Me" make you want to dance. Additionally, the electronic elements on the album's quietly gorgeous ballads ("Remember How I Broke Your Heart," "I Can't Fall Asleep," "OOOOOOO") never overshadow her dreamy vocals.

Ahn is winding down a North American trek in support of the album with two L.A.-area shows next week. After a month on the road, it's going to be good to be back home and visit some of the places she's been craving. She took some time away from tour madness to share the special places that make up her Los Angeles with Jigsaw.

Favorite venue to play, and your fondest show memory there: The Hotel Cafe (Hollywood)
There are so many great venues in the city that I love, but I've played at Hotel the most. I have so many old recordings of when I was just starting out there. That place holds a lot of good memories for me ... lots of support and love.

Venue to see another singer-songwriter or band play: The Hotel Cafe (Hollywood)
It's usually a great listening room, and it's not far from where I live, which always helps. I'm an old, house lady now – the closer, the better.

Last great local act you caught: Alex Lilly
She's amazing. I love all her other projects too, including Obi Best and Touché. Her new solo stuff is rad!

Café to grab a coffee/tea, and usual order there: Broome Street General Store (Silver Lake)
I usually get an iced latte. [They have] great coffee, a sweet outdoor patio and beautiful clothes and wares inside. Who doesn't like to shop and sip coffee at the same time?

Place for people-watching: Hollywood & Highland (Hollywood)
Not that I ever go there, but I drive through there almost every day. I love seeing all the tourists and the guys dressed up as creepy Spider-Man, etc.

Restaurant, and favorite dish there: Jitlada (East Hollywood)
This restaurant slays me – my all time fave, in the country! I always get the crab claw curry with morning glories.

Clothes shop: Mohawk General Store (Silver Lake)
My last few great finds are from here. It's expensive, but it's really high quality. Whenever I make a purchase, I just tell myself I will wear it for the rest of my life.

Bookstore: The Last Bookstore (Downtown)
I love getting lost in a bookstore, and that's easy to do here.

Place to take out-of-town visitors: Griffith Park Observatory (Griffith Park) or Venice Beach
We'll either do the beautiful and easy hike to the observatory, or rent bikes at Venice.

For Inspiration/Rejuvenation: Zuma Beach (Malibu)
It's a little bit of a drive, so it feels like you're removed from the city, and it's just gorgeous there.

This Is Where We Are is currently available. Priscilla Ahn performs May 30 at the Masonic Lodge at Hollywood Forever and May 31 at the Constellation Room. For more information, visit priscillaahn.com.

Posted by Jigsaw Magazine at 9:16 AM

Email ThisBlogThis!Share to TwitterShare to FacebookShare to Pinterest
Labels: A Good Day, Diana, Dream, Priscilla Ahn, This Is Where We Are, When You Grow Up