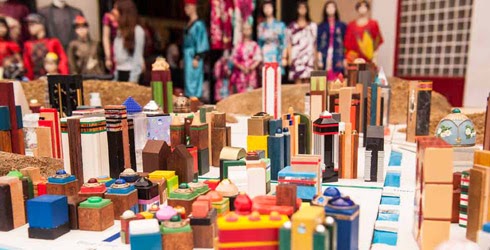 
Artopia @ Grand Central Market (Downtown)
Sometimes I just love walking through the Arts District to look at all the street art and just absorb all of the creativity that is in the air in the neighborhood. LA Weekly celebrates the area's vibrant art scene with this event that brings together live art installations, music, film and fashion under one roof. Since the venue is Grand Central Market, there is plenty of food and drink to be purchased from vendors who are staying open after regular hours (Horse Thief, Sticky Rice, Valerie at GCM, G&B Coffee, to name a few) as you're walking through the exhibits.


TMZ Comedy Tour @ The Ice House (Pasadena)
Often times what makes the bits of celebrity gossip revealed on "TMZ" so riveting are the people that deliver them. That's because some of those personalities have been entertaining crowds from comedy stages for years. Tonight's stand-up event gives four of the TV show's regulars – Brian McDaniel, Rick Mitchell, Katie Hayes and Myke Anthony – the spotlight to share their witty commentary on pop culture and beyond.


Maximo Park @ Troubadour (West Hollywood)
The British fivesome is touring the nation in support of their latest album, Too Much Information, that released last month and stop in Los Angeles tonight. Kick off your weekend swaying to the beat of new songs "Leave This Island" and "Midnight on the Hill" and singing along with older tracks like "Apply Some Pressure," "Going Missing" and "Our Velocity." You are sure to work up a sweat, let go of some of the week's stress and have some fun.


Amgen Tour of California (Santa Clarita to Mountain High)
One of the best parts of the Tour de France broadcast in the summer is watching the fans that stand on the sidelines, yelling at the top of the their lungs while wearing awesomely ridiculous outfits to ensure they get on TV. If you have ever longed to be one of those passionate crowd-goers, then don't miss your chance to cheer on world-class riders, like Peter Sagan and Mark Cavendish, as they breeze through Southern California. Today they ride from Newhall to Palmdale then up to Big Bear and Mountain High ski resort. Saturday's course runs from Town Center Mall in Santa Clarita and over to Mount Wilson before passing the Rose Bowl, Colorado Street Bridge and Old Town Pasadena. The tour's final stage takes place on Sunday in Thousand Oaks, and it will be thrilling to see who ends up wearing the yellow jersey. 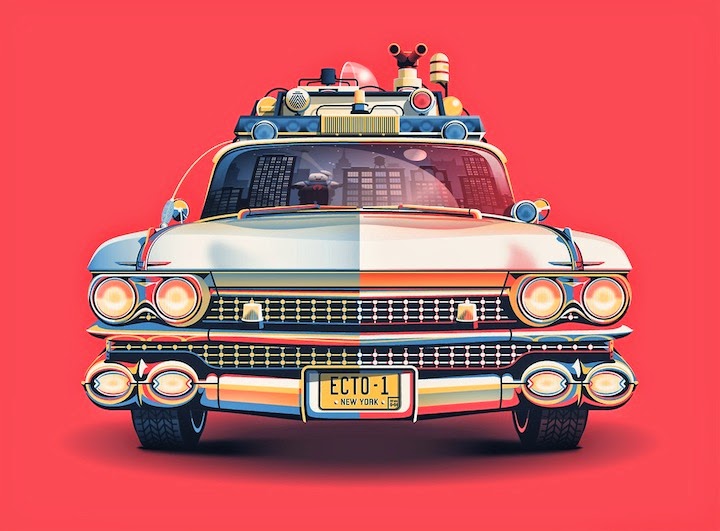 
Ghostbusters 30th Anniversary Art Show @ Gallery 1988 West (Mid-City West)
"Are you troubled by strange noises in the middle of the night? Do you experience feelings of dread in your basement or attic? Have you or your family ever seen a spook, spectra or ghost? If the answer is 'yes,' then don't wait another minute. Pick up the phone and call the professionals…" This year marks many ups and downs for the supernatural comedy: losing one of its writers and stars (Harold Ramis), celebrating its 30th anniversary and the confirmation of a third Ghostbusters film coming to theaters next year. If you're a fan, then you should definitely head over to this touring exhibit's L.A. stop at Gallery 1988 West through June 1. Every piece in the show is awesome, from DKNG's Ecto-1 (above), Joshua Budich's They're Here to Save the World, Tom Whalen's Confectionary Kaiju and Richard Kelly's Keymaster.


Super Saturday @ Barker Hangar (Santa Monica)
If you love searching for bargains at estate or yard sales every weekend, then this "Rolls Royce of garage sales" (as dubbed by the New York Times) is for you. Hosted by celebrity stylist Rachel Zoe and model/actress Molly Sims, Super Saturday not only offers you luxury brands for 30- to 50-percent off, all proceeds go to the Ovarian Cancer Research Fund. You can get clothes and accessories for the whole family for a bargain and help a good cause while you're at it.


Office Space @ Santa Monica High School's Memorial Greek Amphitheatre (Santa Monica)
Eat|See|Hear's outdoor movie-food-music series is in full swing for the summer, and tonight's feature is one of my favorite comedies. If you're loving Mike Judge's new series, "Silicon Valley," on HBO, then you should see Office Space, his first feature-length film. It stars Ron Livingston, Jennifer Aniston, Gary Cole and Stephen Root in a story about workers who can't stand their job or their greedy boss. The End of Summer perform a set before the movie, so grab some grub from food trucks like Son of a Bun, India Jones and Coolhaus and settle in for an awesome night under the stars.


California Strawberry Festival @ Strawberry Meadows of College Park (Oxnard)
As you're driving up the 101 with your windows down on a hot summer day, It's hard to ignore the pleasant, hunger-inducing aromas as you pass the many strawberry farms located in Ventura County. I'm salivating just thinking about it. You can easily satisfy your every strawberry craving today and tomorrow at this year's California Strawberry Festival. Aside from treats like chocolate-dipped strawberries, strawberry pizza, strawberry funnel cake and strawberry margaritas, there are performances from the Young Dubliners and Mariachi Divas, a strawberry pie eating challenge, relay race, hat competition and shortcake build-off contest.


Artists & Fleas @ Arts District (Downtown)
What could be more relaxing on a Sunday afternoon than perusing the wares of artists, designers and vintage sellers all in one place? This curated marketplace that is open all year long in Brooklyn and Manhattan finally makes its way west. With local vendors like Gull and Marie, Soiyl, Mt. Washington Pottery and Groceries Apparel, you can pick up clothes, jewelry and home goods. There are food vendors and a DJ on site for you to enjoy as you take a break from shopping.  Also Saturday, 11 a.m. to 6 p.m.


Isabel Beyoso @ Molly Malone's (Beverly Grove)
This is the perfect show to get you over the mid-week hump. The L.A. singer-songwriter, model and actress released her debut full-length, It's Time, last summer and is performing a special acoustic set tonight. From the heart-wrenching "Pursue Me" to the sassy "Better Than Nothing" and delightful "Mm-Mm Spell," Beyoso crafts songs that touch upon your every mood. When she performs them live, they are absolutely entrancing.
Posted by Jigsaw Magazine at 1:24 PM