Theme Parks: If you don't want to stay home to hand out candy to trick-or-treaters or battle the throngs of people at West Hollywood's annual Halloween Carnaval, you still have three more nights to visit one of the SoCal theme park's annual Halloween haunts. There's Halloween Horror Nights at Universal Studios where you can dodge zombies in a prison like the one in "The Walking Dead" or try to escape demons from Evil Dead, Insidious. This year's Knott's Scary Farm Haunt has five new mazes, an Elvira stage show and the always entertaining "Hanging" with a gothic fairytale theme. Not to be outdone, Queen Mary's Dark Harbor offers six mazes (including a new circus-themed one), live musical performances, a burlesque show, costume contests and rides.

L.A. Haunted Hayride @ The Old Zoo (Griffith Park)
Tonight is the last night to experience the annual attraction that is "Based on Actual Events" of murder and paranormal activity that haven occurred at the park. There's also the In Between that has you navigating the maze in utter darkness and the Purgatory sideshow with a ride, psychic readers, the House of Mirrors, live shows and more. 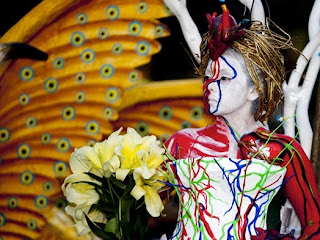 DAY OF THE DEAD

No-Ho Zombiewalk @ Metro Red Line Station at Lankershim/Chandler (North Hollywood)
Put on your finest zombie make-up and take part in this walk along Lankershim Boulevard, from the Metro station to Huston Street.


Taste of Venice @ Electric Lodge (Venice)
The even highlights the neighborhood's culinary talent while supporting Inside Out Community Arts. It kicks off with a VIP Reception at 3 p.m. hosted by Adam Gerler and Jet Tila, with fare from Chaya Venice, Café Gratitude, Tasting Kitchen, Barnyard and more, along with music, cocktails, demos from local chefs. From 4:30 p.m. to 6:30 p.m., you can go on a walking/tasting tour of some of the best restaurants on Abbot Kinney, including my favorite Joe's. There's also Hal's, Willie Jane, Primitivo and Abbot's Pizza, among others, to visit. 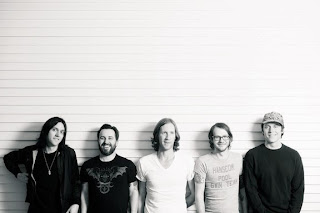 
Desaparecidos @ The Fonda (Hollywood)
The Nebraska five-piece released their only album, Read Music/Speak Spanish, in 2002, but finally released new material last year. The original lineup of Conor Oberst on vocals/guitar, Landon Hedges on bass/vocals, Matt Baum on drums, Denver Dalley on guitar and Ian McElroy on keyboards reunites for a national tour that stops in Los Angeles tonight. With lyrics that are definitely more political charged and more explosive melodies than the frontman's main Bright Eyes project, be forewarned: your ears will be ringing from the sonic assault on your eardrums at a Desaparecidos show.


Muse Live at Rome Olympic Stadium @ Vista Theatre (Los Feliz)
If you missed the British trio the last time they swung through town, then here's your chance to see their first concert film in 4K ultra high definition in my favorite L.A. movie theater before it comes out on CD/DVD and Blu-Ray Dec. 2. Shot in July of this year, the film captures what the band calls their biggest tour – which translates to your average group's stadium shows on steroids – complete with pyrotechnics, huge digital screens and a troupe of actors complimenting hits like "Uprising," "Supermassive Black Hole," "Time Is Running Out" and "Starlight." The screening begins at 9:45 p.m.

"Play Dead" @ Geffen Playhouse (Westwood)
The opening minutes of the show, created by magicians Todd Robbins and Penn & Teller's Teller, are performed in total darkness, setting the tone for a terrorizing and mesmerizing evening. Be prepared for some gruesome yet brilliant tricks woven with crafty storytelling and telepathy in this production that takes a look at life, death and the in-between.

Posted by Jigsaw Magazine at 10:23 AM