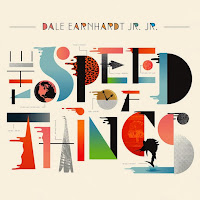 Dale Earnhardt Jr. Jr. – The Speed of Things (Warner Bros.)
One of my favorite things about Joshua Epstein and Daniel Zott is that they rarely take take anything too seriously, which isn't to say that they aren't serious when it comes to crafting infectiously good, indie pop gems. There is a carefree effortlessness and humor in all of their tracks, though, and these traits infuse their sophomore full-length with joy and fun. Just try listening to first single from The Speed of Things, "If You Didn't See Me (Then You Weren't on the Dancefloor)," or "Hiding" without breaking into dance with a smile on your face. It's impossible. They'll be swinging through Los Angeles at the Wiltern on Nov. 6, so make sure to bring your dancing shoes.

Deap Vally – Sistrionix (Cherrytree/Communion/Interscope/Island)
Drummer Julie Edwards and guitarist Lindsey Troy may have met at a crochet class in the L.A. neighborhood of Atwater Village, but their music is far from relaxing or tranquil. Their vocal howls and screeches join together on their debut for one powerful rock roar that is the all-female answer to duos like the White Stripes and the Black Keys. "If our mothers only knew the trouble that we get into," they sing on Sistrionix's "Bad for My Body," and their mothers, as well as the rest of the world, are about to find out just what kind of mayhem the two can create. 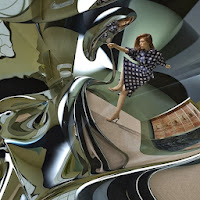 Glasser – Interiors (True Panther Sounds)
After releasing her debut, 2010's Ring, Cameron Mesirow (aka Glasser) left Los Angeles for the crowded sidewalks of Manhattan and experienced the end of a longterm relationship, two events that sparked an exploration on the theme of space, both within and without an individual, that influenced the dozen tracks that appear on her second album. Prone to bouts of mild agoraphobia, the close confines of downtown Manhattan helped ease Glasser into her new city so she could focus on creating Interiors with her partner and producer Van Rivers. The resulting songs are gorgeous, intricately layered sonic landscapes that you'll be happy to get lost in. She performs at Hollywood Forever's Masonic Lodge on Thursday (Oct. 10) and as part of KCRW's annual Halloween Masquerade on Oct. 26.

The Fratellis – We Need Medicine (BMG)
After a few years apart, the Scottish trio reunite with a new album full of songs chock full of the energetic guitar-pop that put them on the map with the release of Costello Music in 2006 and its follow-up, Here We Stand. While tracks like "This Old Ghost Town" and "Seven Nights Seven Days" will undoubtedly get you moving, it's the darker "Rock 'n' Roll Will Break Your Heart" that leaves a lasting impression. See all the Fratellis live on Nov. 12 at the Fonda.

Lissie – Back to Forever (Fat Possum)
If you listened to "Morning Becomes Electic" yesterday, you probably caught Lissie performing tracks from her sophomore effort, the follow-up to 2010's Catching a Tiger. The Ojai-based singer-songwriter spoke of her continuing evolution as an artist and working with Jacknife Lee (R.E.M., Silversun Pickups) on Back to Forever, which indeed sees her injecting more rock into her folk- and country-laced songs. Standouts include "Further Away (Romance Police)," "Sleepwalking" and "I Don't Wanna Go to Work." Can't wait to see the new songs performed live when Lissie visits the Fonda on Dec. 9. 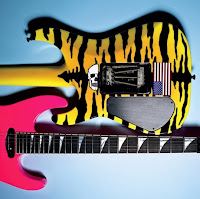 Sleigh Bells – Bitter Rivals (Mom + Pop)
It's crazy how fast vocalist Alexis Krauss and guitarist-producer Derek Miller churn out new material. The Brooklyn duo only came together in 2008 and release their third album today. Just because they produce tracks fast and furiously doesn't mean that they aren't always striving for even better and more creative paths. Whether it's the snappy title track, smooth as silk "Sugarcane" or the breathy pop ballad "To Hell With You," Sleigh Bells are as in your face as ever with their uncompromising melding of genres on Bitter Rivals. Make sure to catch their Oct. 18 show at the El Rey, because if you like their albums you will love their live performances. 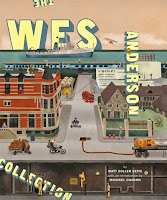 The Wes Anderson Collection by Matt Zoller Seitz (Abrams)
Award-winning film and television critic Matt Zoller Seitz puts forth the first extensive examination of filmmaker Wes Anderson's career thus far. The book includes unpublished photos, artwork and interviews with the writer-director behind such films as Bottle Rocket, Rushmore, The Life Aquatic with Steve Zissou, Moonrise Kingdom and, my favorite, The Royal Tenenbaums, as well as an introduction by Michael Chabon. If you are a lover of the auteur then you will love that the work successfully captures his unique flair for the original, and if you have yet to see any of his film, perhaps the book will encourage you to see what all the fuss is about. 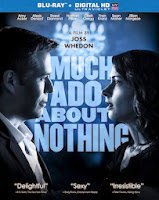 Film – Joss Whedon's wonderful, modern adaptation of William Shakespeare's Much Ado About Nothing was filmed in only 12 days at his L.A. home and stars Alexis Denisof, Amy Acker and Nathan Filliion; After Earth, directed by M. Night Shyamalan, centers around Jaden and Will Smith crash-landing on Earth, years after humanity has abandoned the planet; Jacob Hatley's documentary, Ain't In It for My Health: A Film About Levon Helm, follows the Band founding member as he created his first album in 25 years; Todd Phillips reunites the gang (Bradley Cooper, Zach Galifianakis and Ed Helms) in The Hangover Part III; Ethan Hawke and Lena Headey are parents trying to keep their family safe during the 12-hour period of The Purge

Also available – After Effect; The Beautiful Beast; Curse of Chucky; Europa Report; The Guild: Season Six; Hello Herman; Home Run; How to Seduce a Virgin; In the Flesh; In Hell; Lifeguard; The Look of Love; Midnight's Children; Nothing Left to Fear; Oral Generation; The Secret of Crickley Hall; Shiver; Stuck in Love; Studio C; Vampira and Me; Virgin and the Lover + Lustful Feelings; Zombie Hunter

Posted by Jigsaw Magazine at 10:19 AM