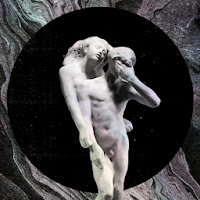 Arcade Fire – Reflektor (Merge)
I can't stand it when detractors dismiss Arcade Fire as being too dramatic. From the first time I experienced the Montreal group headed by Win Butler and Régine Chassagne perform live at Coachella in 2005, they won me over with their anthemic songs and infectious spirit of fun. I have never felt put off by the passion they exude from the stage at any of their shows since and was happy to hear their ability of rocking with carefree abandon captured on Reflektor. Their fourth album was produced by LCD Soundsystem's James Murphy, and with its punched-up dance grooves, you can feel his touch on every track. He doesn't overwhelm, though, as the album's primary themes of the Greek Orpheus myth and Chassagne's parents' homeland of Haiti are woven throughout. If you aren't already addicted to the title track, you will fall in love with "Flashbulb Eyes," "Here Comes the Night Time" and "You Already Know."

The Devil Makes Three – I'm a Stranger Here (New West)
The trio of singer/guitarist Pete Bernhard, guitarist/banjoist Cooper McBean and stand up bassist Lucia Turino have found boundless inspiration on the road since leaving their rural Vermont hometown for their new base in Santa Cruz, Calif. and playing festivals and stages across the country. Ten of these road songs find their place on the band's fourth album, recorded with producer Buddy Miller at Dan Auerbach's Nashville studio, and they're some of the Devil Makes Three's darkest (both lyrically and sonically) and biggest sounding yet. Coming to terms with mortality ("Dead Body Moving"), friends' addiction battles ("Mr. Midnight") and relationship struggles ("Worse or Better") are all documented on I'm a Stranger Here, as is the destruction of Hurricane Katrina and the flood in Brattleboro ("Forty Days") with guests the Preservation Hall Jazz Band. 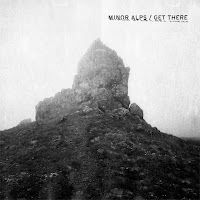 Minor Alps – Get There (Barsuk)
The debut effort from the collaboration between Juliana Hatfield and Nada Surf's Matthew Caws is a a departure from most of their past work but terrific in its own right. The two artists wrote each of the 10 tracks together, share lead vocals and play every instrument (except for some drumming and programming by Parker Kindred and Chris Egan) on Get There. Their harmonies are beautiful on songs like "Far from the Roses," "Radio Static" and "Waiting for You." Catch them at the Echoplex  Nov. 12.


Isabel Beyoso – "Mm-Mm Spell"
The L.A. singer-songwriter debuted the new video for the first single from her album, It's Time, today. Check out "Mm-Mm Spell" below:


The Pioneer Woman Cooks: A Year of Holidays by Ree Drummond (William Morow)
I am totally obsessed with Ree Drummond's "Pioneer Woman" show and frequently replicate many of her recipes at home. The blogger, bestselling author, photographer and "accidental cowgirl" releases her third cookbook today, and it's definitely going on my Christmas list. She shares ideas  and 140 recipes for every special event you might find yourself hosting, from brunches and dinner parties to Halloween and Fourth of July. She beat Bobby Flay in a Thanksgiving "Throwdown" three years ago, and you can find some of those dishes in the 19 recipes she shares in A Year of Holidays' Thanksgiving section. The cookbook sold out in mere seconds when it debuted on QVC a few weeks back, so I know I'm not alone in my obsession.

Also available – The 21-Day Sugar Detox by Diane Sanfilippo; After Dead by Charlaine Harris; A Cruel and Shocking Act by Phillip Shenon; Codex Seraphinianus by Luigi Serafini; Dark Witch by Nora Roberts; The De-Textook by Cracked.com; The Hogwarts Library boxed set by J.K. Rowling; Hyperbole and a Half by Allie Brosh; Monsters by Rich Cohen; Pok Pok by Andy Ricker; S. by Doug Dorst; Stitches by Anne Lamott; The Southerner's Handbook by the Editors of Garden and Gun; Their Life's Work by Gary M. Pomerantz; Tune In by Mark Lewisohn; What's So Funny? by Tim Conway

Posted by Jigsaw Magazine at 12:01 PM