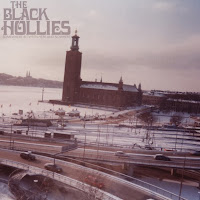 The Black Hollies – Somewhere Between Here and Nowhere (Ernest Jenning)
The title track from the Black Hollies' new album grabbed me from its opening lines ("hey hey hey, oh ay oh"), and the rest of Somewhere Between Here and Nowhere is just as addictive. Formed by three members of Rye Coalition – Justin Morey, Herbert Wiley and Jon Gonnelli (as well as White Hills' Nick Ferrante on drums) – the Black Hollies spent three years crafting their fourth album in their hometown of Jersey City, N.J., and the constant recording and rearranging has resulted in some of their best work to date. There's the danceable "Unless It's My Imagination," dreamy "Wake Me When it's Over" and fuzzy walls of pure rock "When It's Time to Come Down."

David Dallas – Falling Into Place (Dawn Raid/Dirty/Duck Down)
The United States has yet to embrace a foreign hip-hop artist as wholeheartedly as we do our own, aside from Canadian Drake. New Zealand rapper David Dallas throws his hat into the ring with his first American full-length, Falling Into Place. He has already released two albums in his native country, and both made it onto the charts in addition to garnering him Best Urban Album at the New Zealand Music Awards and Best Male Artist at the Pacific Music Awards. The new album's standout track is "Runnin'," the lead single that you might recognize if you watch ESPN or from the "FIFA 14" soundtrack and "Madden 25" trailer.

Gringo Star – Floating Out to See (My Anxious Mouth)
A lot has changed for the Atlanta band since the release of their debut All Y'all and even since Count Yer Lucky Stars from 2011. Their third album, Floating Out to See, marks the only time they have worked without a producer, mixer or engineer to record entirely in a home studio. The 13 tracks are also the first to have been created solely by the Furgiuele brothers since third writing member Pete DeLorenzo parted ways with the band. Although past influences culled from music played by their grandfather who started worked in radio during the 1940s and '50s find their way onto the album in whispers of artists like Buddy Holly, Santo & Johnny, the Stooges and Sam Cooke, Gringo Star are clearly cutting their own path with songs such as "Find a Love," "Taller" and "The Start." 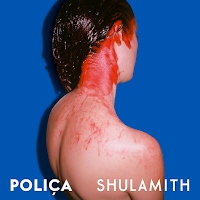 Poliça – Shulamith (Mom + Pop)
Something's definitely in the water in Minnesota; the Midwest area has turned out some remarkable indie acts in the past few years. Bon Iver, Dessa, Gayngs and Poliça, who present the follow-up to their Give You the Ghost debut from last year, to name just a few. Founded by Gayngs' Ryan Olson and Gayng's contributor Channy Leaneagh, the group's sophomore effort continues to put forth slick electropop with seething beats enriched by Leaneagh's soft and ethereal vocals. Named for feminist Shulamith Firestone, the album questions cultural norms from energetic opener "Chain My Name" to the smooth "Tiff" that features Bon Iver's Justin Vernon and pulsating rhythms of "Matty." Dance along with the band in person when they stop at the Fonda on Nov. 20.


In Stores This Week – Allegiant by Veronica Roth; Days of Fire by Peter Baker; Extortion by Peter Schweizer; The Goldfinch by Donna Tartt; I Heart My Little A-Holes by Karen Alpert; The Map and the Territory by Alan Greenspan; The Power of Right Believing by Joseph Prince; Sycamore Row by John Grisham; Things That Matter by Charles Krauthammer; We Are Water by Wally Lamb; Week in a Day by Rachael Ray; Well Fed 2 by Melissa Joulwan

Film – In Before Midnight, the story of Jesse and Celine picks up almost two decades since their first meeting, and once again the film's leads Julie Delpy and Ethan Hawke wrote the screenplay with director Richard Linklater; Patrick Wilson, Vera Farmiga and Ron Livingston in James Wan's The Conjuring; The Internship's Vince Vaughn and Owen Wilson are salesmen trying to find their place in the digital age; Ryan Gosling reunites with Drive director Nicolas Winding Refn for Only God Forgives, which is set in Bangkok's criminal underworld; The Way, Way Back stars Steve Carell, Toni Collette and Allison Janney

Also available – As Cool As I Am; Black Friday: Dark Dawn; Dead in Tombstone; I Give It a Year; King's Faith; Leviathan; Love, Sex & Missed Connections; Return of the Killer Shrews; Shepard & Dark; Standing Up; Storm Rider; This American Journey; Waiting Room; The Wall

Posted by Jigsaw Magazine at 9:03 AM