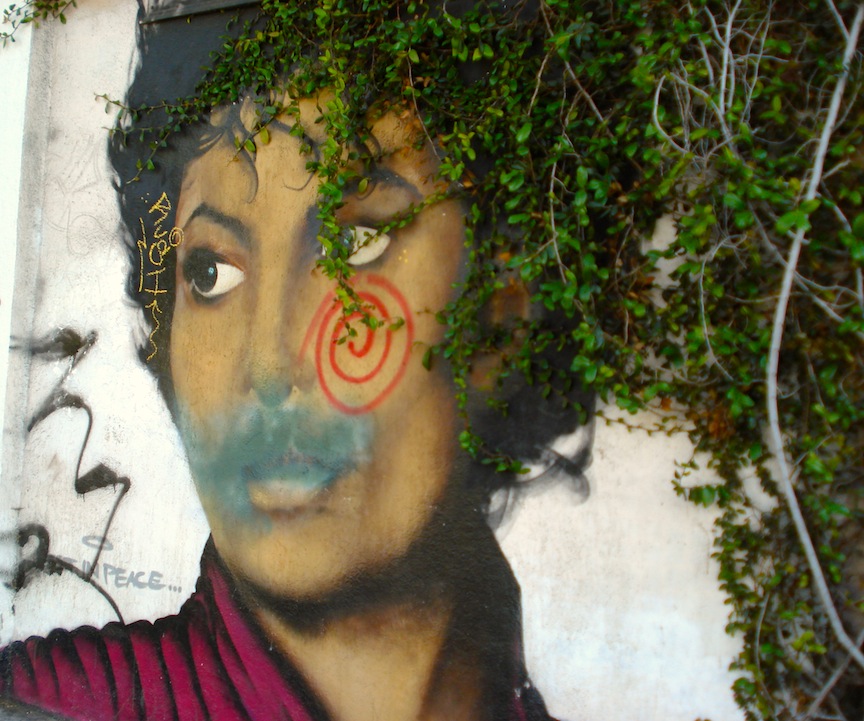 When the King of Pop died in 2009, artists like Jersey Joe/RIME and Mr. Brainwash chose to channel their grief by painting pieces in tribute of the artist throughout the city. One of the murals, which was done by Rabbi (aka Rabí) of dtladesigns, captured Michael Jackson during the Thriller era in his signature red leather jacket. As the years have passed, the ivy on the side of 4326 Melrose Avenue (at Heliotrope Drive) in Wilshire Center has grown so that its green branches cascade across MJ's forehead like his tendrils of black hair.