Dave Stewart and Friends @ The Troubadour (West Hollywood)
The iconic British singer-songwriter, guitarist and a founding member of the Eurythmics unveiled his love of country music with 2011's The Blackbird Diaries and last year's The Ringmaster General. He and some very special guests celebrate the upcoming release of his latest album, Lucky Numbers, with an all-out extravaganza at the Troubadour tonight. Expect more blends of rock and country in the new songs, as Stewart is backed by a band of some of Nashville's best players.


In Theaters This Week
My grandpa ran track with Jackie Robinson at UCLA and shared a lot of stories about their times together as we were growing up, but for those unfamiliar with the baseball legend's life story, 42, starring Chadwick Boseman and Harrison Ford, is for you; Jason Bateman, Hope Davis, Alexander Skarsgård and Paula Patton in Disconnect; Scary Movie V spoofs films like Paranormal Activity, Mama, Inception and Black Swan with Ashley Tisdale, Charlie Sheen, Snoop Dog, Molly Shannon, Jerry O'Connell, Lindsay Lohan and many others; Written and directed by Terrence Malick, To the Wonder stars Ben Affleck and Olga Kurylenko as lovers who become involved with a priest (Javier Bardem) and a childhood sweetheart (Rachel McAdams). Also in theaters: It's a Disaster: Are You Prepared?; Lotus Eaters; No Place on Earth; Upstream Color 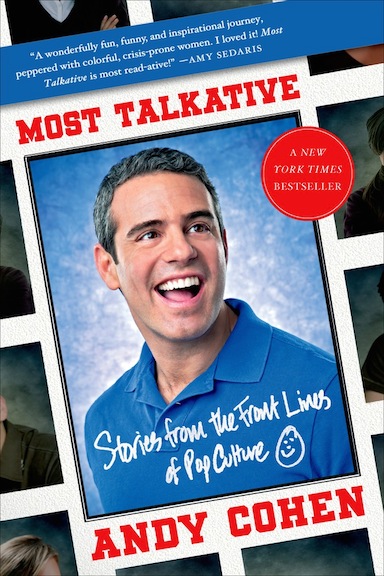 Andy Cohen @ Barnes & Noble (The Grove)
Although most of you know him from "Watch What Happens: Live," Cohen, as Bravo's VP of Development and Talent, is also an executive producer of the Emmy and James Beard Award-winning "Top Chef" and, of course, "The Real Housewives" franchises. His first book, Most Talkative: Stories from the Frontlines of Pop Culture, appeared on the New York Times bestsellers list when it released last summer, and he appears at the Grove as the title releases in paperback. Get your copy signed, then read about how he transitioned his lifelong infatuation with pop culture into a successful career.


Mira Nair @ The Aero (Santa Monica)
The acclaimed director of such films as Mississippi Masala, Monsoon Wedding, Vanity Fair and The Namesake previews her new film, The Reluctant Fundamentalist, before it releases in theaters April 26. She will discuss the thriller, which stars Live Schreiber, Riz Ahmed, Kate Hudson, Kiefer Sutherland and Om Puri and examines the effects of globalization and the war on terror.


Ozomatli @ The Pasadena Playhouse (Pasadena)
The groundbreaking L.A. group plays an intimate show at the beautiful and historic venue to benefit the Playhouse's Wells Fargo Theatrical Diversity Project, which strives to promote tolerance of our community's diverse cultural richness in the artistic and theatrical realm. Ozomatli is the perfect band for the cause, as they're known for blending cultures in their music that touches on hip-hop, salsa, dancehall, cumbia, samba, funk, merengue, R&B, reggae and raga. They are set to debut new tunes from their upcoming album throughout the night, as well.


The King Khan & BBQ Show @ Troubadour (West Hollywood)
The Canadian duo of BBQ (aka Mark Sultan) and King Khan (aka Blacksnake, Arish Ahmad Khan) returned from hiatus last year, and if you've never experienced one of their shows before – and when I say 'experienced,' I mean partaken in an all-out, thrashed your body around so much you're drenched in sweat, hijinks-laden party – this is your chance. An absolute good time, guaranteed. NRML Studios, Monterrey, Mexico

Rodriguez @ The Orpheum (Downtown)
Hopefully you've watched the Oscar-winning documentary Searching for Sugar Man by now and are just as eager to see Sixto Rodgriguez as those first throngs of South Americans were at his initial concerts there. Although he's no stranger to L.A. stages, there couldn't be a more beautiful indoor setting to hear his folk tunes in than the Orpheum.


Guts and Glory: An Evening with Anthony Bourdain and Roy Choi @ The Pantages Theatre (Hollywood)
The chef, author and host of "Anthony Bourdain No Reservations," "The Layover" and CNN's new "Anthony Bourdain: Parts Unknown" embarks on his first American tour, sharing stories and his own brand of provocative insights into the happenings behind a restaurant kitchen's doors. Angelenos get a special treat, as local chef, author and entrepreneur Roy Choi (Kogi trucks, A-Frame, Chego) joins Bourdain for the evening.

Posted by Jigsaw Magazine at 11:28 AM