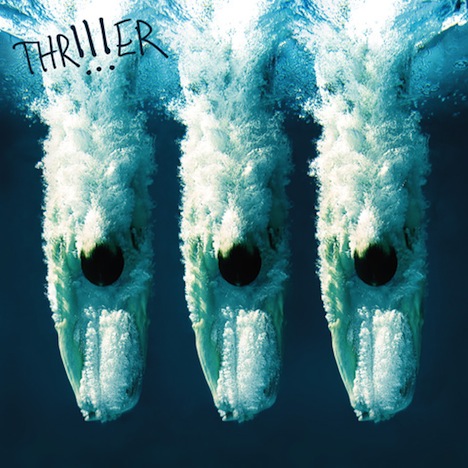 
!!! – Thr!!!er (Warp)
The Brooklyn (via Sacramento) transplants celebrate 17 years together with the release of their fifth album. The six-piece enlisted Spoon's Jim Eno to record the majority of Thr!!!er, invigorating the process with the use of unique and unexpected sounds within the songs. However, just as all of !!!'s previous songs have succeeded in getting you to dance, so do each of this album's nine tracks. Don't miss one of the band's unparalleled live shows when they stop by the El Rey on June 1.

Big Black Delta – Self-titled (Masters of Bates)
The highly anticipated debut from Jonathan Bates under his current moniker of Big Black Delta. The former Mellowdrone frontman and M83 collaborator expands his wings as a solo artist on the album, which is full of sweeping, melodic tracks that push the boundaries of electronic rock. Songs such as "Side of the Road," "IFUCKINGLOVEYOU," "Money Rain Down" and "Betamax" are guaranteed to become your favorite dance-party jams, even if it's just a dance party of one. See the new material performed live June 4 at the Echo. 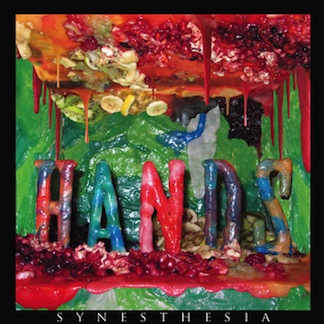 Hands – Synesthesia (Kill Rock Stars)
TIME named Hands one of the 11 Great Bands You Don't Know (But Should) last year, and the L.A. quartet just completed an April Monday-night residency at the Echo, continuing to woo Angelenos onto the dance floor with songs from their debut full-length. Tracks from Synesthesia, such as "Videolove," "The Game Is Changing Us" and "Kinetic," grab you with their multiple textures of smooth synths, precise drums, thumbing bass, simmering guitar riffs and soaring vocals.

Pushmen – The Sun Will Rise Soon on the False and the Fair (The End)
The debut release from the Austin trio explodes with energy from the first second of lead track "Child From Chaos." It seems that the band was born screaming, with a pedigree of former bands that include the Swod, Ratking, Sea of 1000, Bad Powers, Made Out of Babies and Heartless Bastards. This is the perfect album to put on and unleash all of your pent-up frustrations as you belt out lyrics in your loudest metal growl.


Film – David O. Russell directs an adaptation of Matthew Quick's novel, starring Bradley Cooper as a bipolar man and Jennifer Lawrence as a sex addict, a role that garnered her an Oscar, and The Silver Linings Playbook also features Robert De Niro, Jacki Weaver, Chris Tucker and Julia Stiles; The Guilt Trip pairs Seth Rogen and Barbra Streisand as an inventor who invites his widowed mother on a cross-country road trip.

TV – Combat!: The Complete First Season; NOVA: Earth From Space; Syndicate: Series 1; WWE: The Best of In Your House

Music – History of the Eagles

Also available – Ben Hur: The Epic Miniseries Event; Broken City; Crazy Wisdom; The Details; Little Red Wagon; Manborg; Neighboring Sounds; Night of the Living Dead: Resurrection; Night of the Scarecrow; Not Fade Away; Nurses: If Florence Could See Us Now; Only the Young; Parked; The Revisionaries; Shelter Me; Vito; Wagner & Me; The Wicked; Young and Wild

Posted by Jigsaw Magazine at 11:04 AM