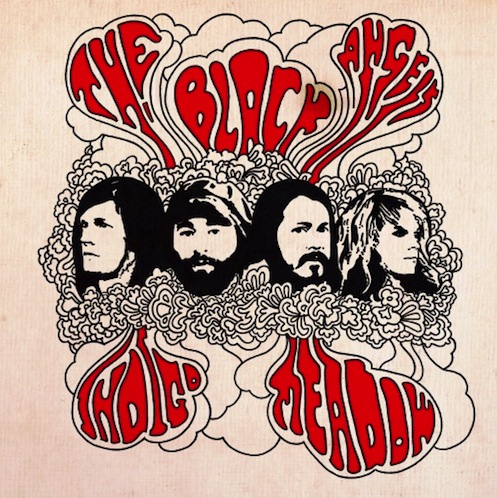 The Black Angels – Indigo Meadow (Blue Horizon Ventures)
The Austin band is now a foursome, which is fitting since this is their fourth full-length release since their formation in 2004. From the first thudding beats of the title/opening track to the sinister guitar riff of "Evil Things" and the dreamy "Holland," Indigo Meadow is testament to the group's importance in the evolution of contemporary psychedelic rock. Grab your copy today so you have plenty of time to get familiar with the new songs before the Black Angels land at the Mayan on May 21. While their recorded material is always great, their live shows are beyond compare, so you won't want to miss it.

Caveman – Self-titled (Fat Possum)
Even if you missed the New Yorkers' headlining show at the Troubadour last week, your ears can satisfy their aural cravings for the vibe collective with their new self-titled sophomore effort. Whether Caveman is the soundtrack to a road trip up the coast, the perfect end to a first date or a solitary sing-along session in your bedroom, there's a track for every situation or mood you might be in just as the album's press release states: "Like a marriage between Tangerine Dream, late period Slowdive and Lindsey Buckingham, tracks like their new single 'In the City' and 'Ankles' boast synth lines that sound simultaneously retro and futuristic, while 'Pricey' and 'Never Want to Know' overflow with guitar sounds that could have miraculously floated off an old Cure album."

Dark Horses – Black Music (Last Gang)
Frontwoman Lisa Elle's vocals lend a fierce rawness to fuzzy synths and droning bass of Dark Horses' overall sound. For this debut, the six-piece enlisted the production skills of Richard Fearless (Death in Vegas). The album also features guest vocals from Kasabian's Tom Meighan. If you're a fan of the Kills, the Duke Spirit or even Ladytron, give Black Music a spin. 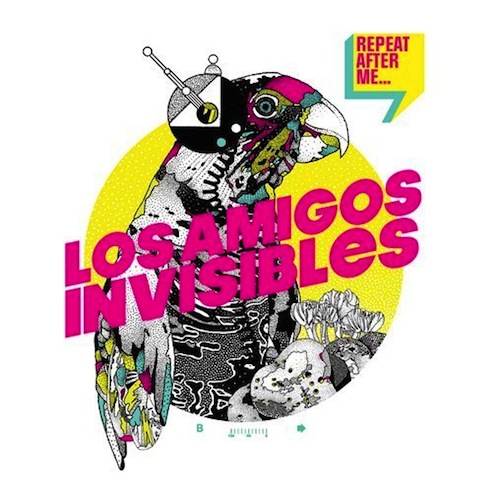 Los Amigos Invisibles – Repeat After Me (Nacional)
The Grammy-nominated and Latin Grammy-winning, New York-based Venezuelan funk combo's new album has already hit No. 1 as a pre-order on the iTunes Alternativo and Top 10 Latino charts. Although Repeat After Me is their 10th album, the six-piece continually work hard to keep things fresh and get you sweating as you dance to their disco, acid jazz and funk beats, with lyrics in Spanish and English. After all, the language of funk grooves is universal. They kick off a North American tour today, with the L.A. stop scheduled for April 26 at the Fonda.

Rilo Kiley – RKives (Little Record Company)
It's been six years since the release of the L.A. quartet's last album, and while the notion of the band returning from hiatus seems improbable anytime soon, fans at least have this compilation of unreleased material to keep their ears warm at night. Besides never-released tracks, there are a variety of demos, rarities and b-sides on the cleverly titled, RKives. The first single, "Let Me Back In," is a soulful ode to Los Angeles, complete with hand claps (and you know how much I love those). Frontwoman Jenny Lewis is set to be a part of the Postal Service's reunion tour, so the chance of a Rilo Kiley tour in support of RKives is also quite bleak.

TV – The HBO film Hemingway & Gellhorn stars Clive Owen as the explosive author and Nicole Kidman as the irrepressible journalist who inspired For Whom the Bell Tolls; The Bible: The Epic Miniseries; Dark Matters: Twisted But True – Season One; The Killing: Season Two