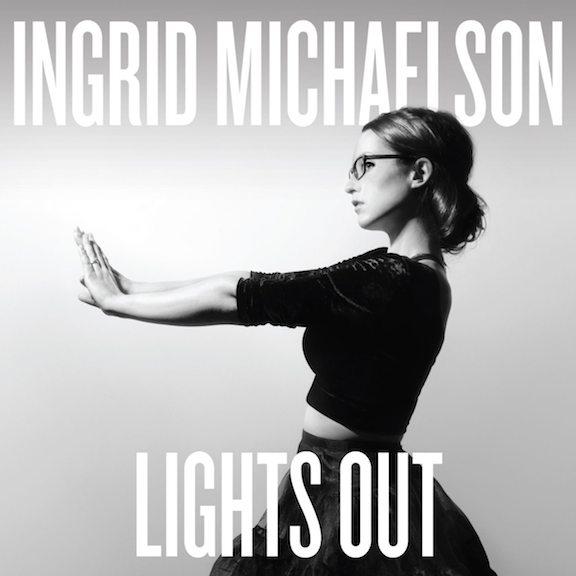 Ingrid Michaelson – Lights Out (Cabin 24/Mom +Pop)
If you're a fan of "Grey's Anatomy," then you have undoubtedly heard music by the New York singer-songwriter; fifteen of her songs have appeared in episodes of the show. "Be OK," the title track from her 2008 album, is quite recognizable as well, from all the commercial spots it was used in. She continues to craft infectious melodies, such as lead single "Girls Chase Boys" and "Afterlife," on her sixth studio album, Lights Out. Usually Michaelson writes alone, but this time, she worked with co-writers on 10 of the tracks, which also feature artists like Greg Laswell ("Wonderful Unknown"), Mat Kearney ("One Night Town") and A Great Big World ("Over You"). See her perform the new songs, and all of your favorites, May 7 at the Wiltern.

Jason Derulo – Talk Dirty (Beluga Heights/Warner Bros.)
Since blowing up onto the scene with "Whatcha Say" five years ago, Jason Joel Desrouleaux (aka Jason Derulo) has sold over 30 million singles, with five reaching the Top 5. The singer-songwriter continues to belt out the hits with his latest album, Talk Dirty, a reissue of last year's Tattoos. Along with familiar tracks like "The Other Side," "Marry Me," "Vertigo" with Derulo's girlfriend Jordin Sparks and the title song that features 2 Chainz, Talk Dirty includes guest spots from Snoop Dogg on "Wiggle" and Tyga on "Bubblegum," which was co-produced by Timbaland. See him perform for free at 7 p.m. tomorrow night (April 16) at Universal CityWalk.

Nas – Illmatic XX (Sony Legacy)
It's crazy that 20 years have passed since Illmatic was released, and the world was introduced to the poetic stylings of Nasir bin Olu Dara Jones, otherwise known as Nas. The album has more than lived up to its name, and to commemorate the anniversary, a special edition with rare remixes, unreleased demos and freestyles hits stores today. Fall in love with tracks like "Halftime," "It Ain't Hard to Tell" and "The World Is Yours" all over again. Nas performs this Saturday (April 19) on Coachella's Outdoor Stage at midnight. 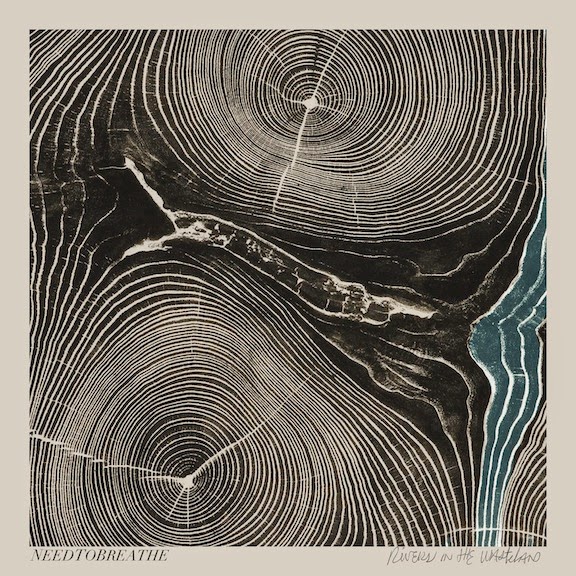 NEEDTOBREATHE – Rivers In The Wasteland (Atlantic)
The South Carolina trio spent over two years touring after the release of The Reckoning in 2011, and as they captured the ear of many new fans and music critics, turmoil and tension also developed. After taking a break to reflect on what they wanted the future of NEEDTOBREATHE to be, Bear Rinehart, Bo Rinehart and Seth Bolt decided to return to the band's roots and musical simplicity for their new material, which became Rivers In The Wasteland. Songs like "The Heart," "Difference Maker" and "Rise Again" reflect this simplicity. They are doing an in-store at Fingerprints in Long Beach tomorrow (April 16), but if you can't make it, get your tickets now for their Wiltern show on May 6.

Songs Only You Know: A Memoir by Sean Madigan Hoen (Soho)
Many have said that music has the power to save lives, and such is the case for author Sean Madigan Hoen. In his debut book, Songs Only You Know: A Memoir, he shares scenes from his years as part of Detroit's hardcore punk scene during which his father succumbed to crack addiction and his sister fell into depression. Through it all, music was his salvation as part of bands like Thoughts of Ionesco. It is an honest look at family, growing up and a music subculture.

Also available – The Alchemist, 25th Anniversary Edition by Paulo Coelho; All Fishermen Are Liars by John Gierach; The Collector by Nora Roberts; The Confidence Code by Katty Kay and Claire Shipman; Essentialism: The Disciplined Pursuit of Less by Greg McKeown; The Nourished Kitchen by Jennifer McGruther; Players First: Coaching from the Inside Out by John Calipari and Michael Sokolove

Film – Based on the book by journalist Martin Sixsmith, Philomena stars Judi Dench and Steve Coogan in the true story of Philomena Lee's search for her son; Ralph Fiennes and Felicity Jones in The Invisible Woman; Action/comedy Ride Along stars Kevin Hart and Ice Cube as future brother-in-laws; Ben Stiller directs and stars in this remake of The Secret Life of Walter Mitty with Kristen Wiig, Sean Penn, Adam Scott and Shirley MacLaine

Music – Billy Bragg's Live at the Union Chapel London; One Direction - In Their Own Words; Sunset Strip

Posted by Jigsaw Magazine at 11:01 AM