Chromeo @ The Fonda (Hollywood)
Before the Canadian duo of Dave 1 and P-Thugg head to Coachella, they're warming up with an L.A. crowd tonight at the Fonda. The self-proclaimed "Larry David of funk" and "most successful Arab/Jewish partnership" are poised to release a fourth studio album, White Women, next month, so expect to be treated to new tracks such as the ultra-smooth "Over Your Shoulder" and "Come Alive" featuring Toro Y Moi, as well as favorites like "Needy Girl."


Paul Taylor Dance Company @ Dorothy Chandler Pavilion (Downtown)
From the car radio to a conversation between to women waiting in line at the drugstore, no matter where I go lately, I keep hearing people talk about this show. It's no wonder, though. Paul Taylor is one of the foremost American choreographers of the 20th century, and he is still at the helm of this world-renowned modern dance company. They have performed in more than 540 cities over 60 years, and this engagement at the Music Center spans their vast repertoire. But the program is only here for the next three days, so make sure to get your tickets ASAP.


Charlie Parr @ The Satellite (Silver Lake)
The Minnesota country bluesman released a new album, Hollandale, at the beginning of the year containing five 12-string instrumental songs that were completely improvised. Portions of these songs are going to be played tonight, but they are guaranteed to not be played in the same exact way they were on the album or at any other performance. That's what's so great about this style of music, and exactly what Parr loves about it. I was fortunate enough to see him perform at a backyard party last fall, and whether he's strumming an instrumental or belting out a tune, his is a show not to miss.


Toyota Grand Prix @ Long Beach Convention Center (Long Beach)
The 40th annual event speeds into Long Beach for three days of action-packed fun. Practice and qualifying rounds begin, while the Lifestyle Expo opens and a concert from Kinky round out today's activities. Saturday is the Pro/Celebrity Race (with the likes of Adrien Brody, Vanessa Marcil and Eric Braeden), a performance by Bad Company's Paul Rodgers, the TUDOR Championship and the Super Drift Finals. The big Indy race – with top drivers such as Will Power, Ryan Hunter-Reay and Helio Castroneves – takes place on Sunday afternoon. 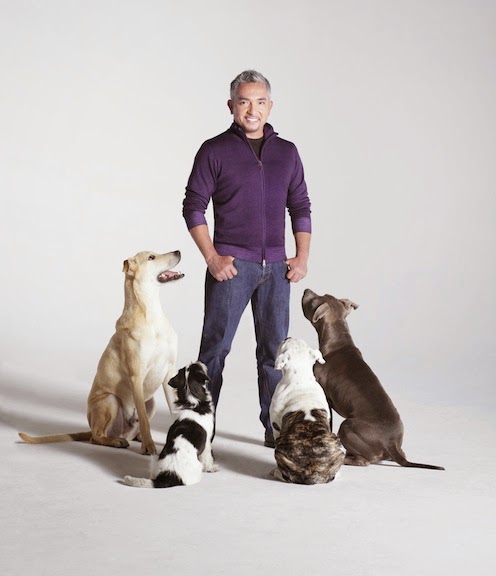 
Cesar Millan @ Thousand Oaks Performing Arts Center (Thousand Oaks)
Before her dog passed away, my friend was in dire need of help with him, and Cesar Millan was able to train the naughty behavior right out of her and her beloved canine. For years, the Dog Whisperer has been able to bring balance to dogs of all breeds and their humans on his television shows. This is your chance to see him and his famous four-legged companion Junior demonstrate techniques live on stage. Just in case you need assistance with your pets at home, there is going to be a Q&A session with Millan during the event as well.


The Grilled Cheese Invitational @ L.A. Center Studios (Westlake)
Eleven years ago Tim Walker created the grilled cheese competition between friends, and since then, it has grown into the largest cook-off in the country dedicated to the sandwich. Amateurs and professional chefs go head-to-head with their inventive takes on the classic sandwich. They're judged, and a champion is crowned. And, your ticket gets you in for a taste of these cheesy concoctions. Unfortunately, Walker has announced that this is the last invitational ever, so if you have never been to one before, don't let the opportunity pass you by.


Festival of Books @ USC Campus (South Los Angeles)
Even if you're not a book lover, you will enjoy this annual festival because aside from the author readings there are also art, celebrity, culinary, film, music and cultural events happening throughout the two days. Appearances include John Green (The Fault in Our Stars), Alicia Silverstone, B.J. Novak, Hugh Acheson, Terry McMillan, Mayim Bialik, Richard Lange and my favorite bloggers, the Fug Girls (Heather Cocks and Jessica Morgan), who have also released two novels. New this year is the Festival After Dark on Saturday night with comedy, conversation and songs from Margaret Cho, Superchunk and Will Sheff.


"The Tallest Tree in the Forest" @ Mark Taper Forum (Downtown)
African-American lawyer, football player, actor, singer, political and civil rights activist Paul Robeson had such an amazing story. As the son of an escaped slave-turned-minister father and Quaker mother, he fought all odds to carve a place for himself and make a difference in the world. Obie Award-winning performer Daniel Beaty brings Robeson's story to the stage in this one-man show filled with inspirational words and songs.


Mike Sempert @ Hotel Café (Hollywood)
The songwriter and frontman of the Bay Area's Birds & Batteries is taking a break from the band and has relocated to Los Angeles. New songs sprouted in the months leading up to the transition in the form of an album called Mid Dream (releasing May 6 via Velvet Blue). Since he was preparing to marry his longtime love while making the album, it is a meditation on love and commitment, art and assuming the roles of adulthood. Sempert is celebrating the album's upcoming release with this show at Hotel Café, so expect to hear many of the new songs tonight.

Posted by Jigsaw Magazine at 11:36 AM