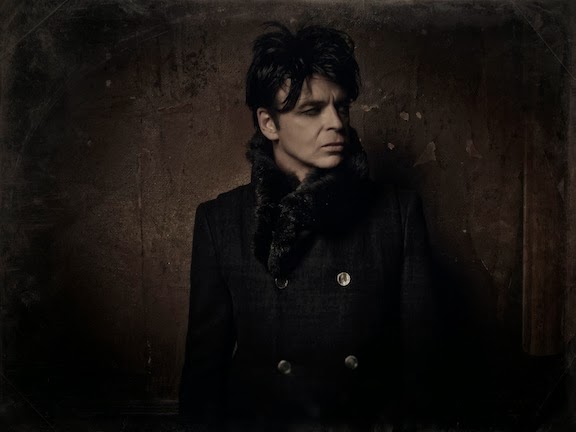 
Gary Numan @ The Mayan (Downtown)
If you weren't fortunate enough to see industrial/electro pioneer perform in support of his latest album, Splinter (Songs From a Broken Mind), last fall, then this is your chance to see him in all his glory in a great venue, which is intimate yet allows you enough room to dance comfortably. The album marked Numan's return to the Billboard 200 for the first time in over 31 years, and it's no wonder why. With guitar work from Nine Inch Nails' Robin Finck and compositions produced with long-time collaborator Ade Fenton, there is ample of ear and brain candy in each track. There are solid opening acts, Big Black Delta and Roman Remains, on the tour as well, so get there early.


Billy Connolly @ The Montalbán (Hollywood)
You might recognize Billy Connolly as Dain (aka the King Under the Mountain) from The Hobbit movies or his voice as King Fergus from Brave, but if you haven't seen any of his stand-up comedy routines you're sorely missing out. His shows have been known to leave sides aching and cheeks sore from so much laughter and smiling. His latest tour, The Man Live, begins its two-night stand at the Montalbán this evening at 8 p.m.


Savion Glover @ Valley Performing Arts Center (Northridge)
Although I love dance, I'm not super fond of tapping – unless it's a routine by a phenomenal tap dancer – and there is no question that Savion Glover is a tap prodigy. The dancer, actor and choreographer has been tapping since age 7 and has spread his love for the art form throughout the world. He and his ensemble of dancers (TLHS) fuse traditional music of the past with modern flair in STePz tonight at 8 p.m.


Aer @ El Rey Theatre (Miracle Mile)
Word of Mouth Tour
I might be a bit obsessed with the Boston duo's "Says She Loves Me" off their self-titled sophomore album that released in January. Once you give the track a listen, you probably will be, too. Boston's David von Mering and Carter Schultz combine rap, reggae, pop and indie rock for a sound that  can be described in one word: fun. Having shared the stage with the likes of Macklemore & Ryan Lewis, Slightly Stoopid, A$AP Rocky and Iggy Azalea, Aer have crafted a live show that is as infectiously energetic as their recordings. 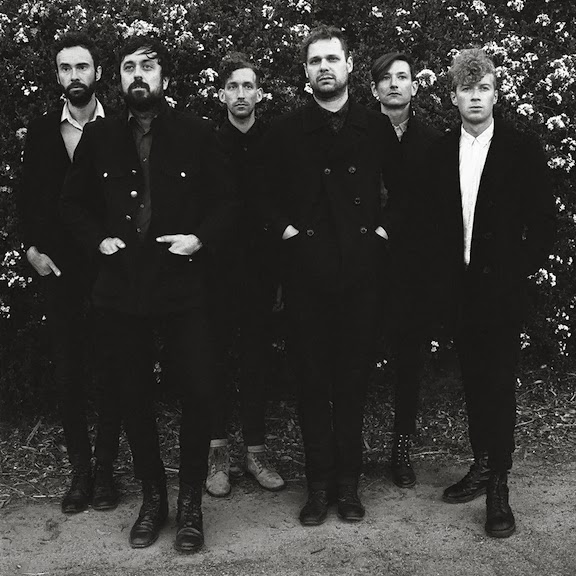 
NO @ Troubadour (West Hollywood)
The Echo Park sextet released their Arts & Crafts debut, El Prado, last month and head out on a North American tour on Sunday. So let's give them a proper send off tonight at the Troubadour. Just give songs like "Leave the Door Wide Open," "Stay With Me" and "There's a Glow" a few spins and you'll be able to sing along to the anthemic gems in no time flat. Led by the fantastic Bradley Hanan Carter, the band's live show will undoubtedly persuade you to say 'yes' to NO.


Festival of the Kite @ Redondo Pier (Redondo Beach)
If you haven't flown a kite lately (or ever), I strongly urge you to take part in Redondo's 40th annual festival dedicated to the pastime. See kites of all shapes and sizes floating in the sky, with prizes going to the Highest Flying, Best Handmade and Youngest Kiteflyer, and help launch a massive, 25-foot wide kite. There are also dance and music performances, a hot dog on a stick eating contest and yo-yo competition.


Brontë Sister Double Feature @ New Beverly Cinema (Fairfax)
Curling up by a fire with a book by one of the Brontës sounds like a fabulous way to spend a Sunday afternoon to me, but if you're in the mood for something more visually stimulating then head on over to the New Beverly for this screening of two of the sisters' literary masterpieces adapted to the big screen. First up is Andrea Arnold's 2011 version of Emily's classic tale of love and revenge, Wuthering Heights, starring James Howson and Kaya Scodelario as Heathcliff and Cathy. The double feature continues with Charlotte's romantic drama Jane Eyre, directed by Cary Joji Fukunaga ("True Detective") and starring Mia Wasikowska, Michael Fassbender and Jamie Bell.


The Aussie BBQ @ Bootleg Bar (Westlake)
The cloudy weather lately may not immediately scream barbecue time, but here in Los Angeles, we can always be sure that sunny afternoons ideal for grilling are never too far away. The Fold and Sounds Australia are throwing a good, old-fashioned Aussie-style BBQ this afternoon with over 20 Australian acts hitting the stage for the biggest live showcase of talent from Down Under in the city ever. Headlining the bill are Ben Lee, Glass Towers and Gossling.


"Harmony" @ Ahmanson Theatre (Downtown)
C'mon, admit it. I know there are more than a few of you who list Barry Manilow as one of your guilty pleasures. The singer-songwriter composed all of the songs – with longtime collaborator Bruce Sussman penning the book and lyrics – in this new musical about the world's first boy band. Six young lads formed the Comedian Harmonists in late-1920s Germany and went on to sell millions of records, star in dozens of films and pack concert halls around the globe until their mixed races (three of them are Jews, three of them Gentiles) become an issue. Through April 13.

Posted by Jigsaw Magazine at 10:55 AM