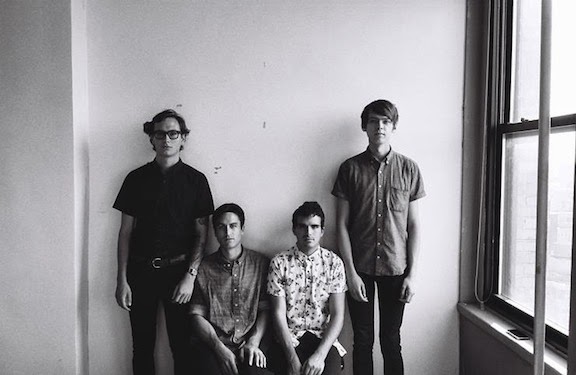 
Ski Lodge @ Bootleg Bar (Westlake)
Andrew Marr, the multi-instrumentalist, singer-songwriter at the helm of Ski Lodge, put everything into the New York City foursome's debut, which released last summer and was aptly titled Big Heart. Tracks like "Anything to Hurt You," "You Can't Just Stop Being Cruel" and "Just To Be Like You" deal with heavy emotions, but won't put you into a deep depression whenever you listen to them. They just released a new song last month, "Our Love Is Over Now," that is quite gorgeous, so I'm curious to see what else they've got up their sleeves.


Bob Saget @ Club Nokia (Downtown)
While it's been almost 19 years since "Full House" left the air, sitcom fans are bracing themselves to say goodbye to another beloved show with Bob Saget, who provides the voice of the narrator in "How I Met Your Mother." With coarse stand-up routines and an in-your-face appearances in "Entourage" and The Aristocrats, Saget has shown the world he can go bolder and more vulgar than any of his family-friendly roles allowed him to. He delves even deeper into his dark side with his publishing debut, Dirty Daddy: The Chronicles of a Family Man Turned Filthy Comedian (available April 8) and its support tour which hits Club Nokia tonight.


Musink @ OC Fair & Event Center (Costa Mesa)
The seventh-annual music and tattoo festival is being presented by Travis Barker and takes place over three days this year. Over 300 of the world's finest tattoo artists put their finest pieces on display, and there are daily tattoo contests in categories like best back piece, sleeve and music-related. Friday's musical lineup includes Love Canal, the Vandals and Descendents. Saturday features Rittz, the Transplants and Tech N9ne. Soul Search, Strife, H2O, Judge and Gorilla Biscuits perform on Sunday.


L.A. Heat: Taste Changing Condiments @ Chinese American Museum (Downtown)
With all of the hubbub over the Sriracha factory shutdown earlier this year, the spicy condiment has never been so popular. While there is always a bottle of Sriracha in our refrigerator, Tapatio is another of our most frequently used hot sauces. Either way, both have a definite impact on Los Angeles' culinary landscape, hence this exhibit featuring curated work from artists like Daniel Gonzalez, Trinh Mai, Eye One and Henry Taylor. Running through July 12.


Winners' Circle BBQ Championship @ Santa Anita Park (Arcadia)
Go ahead and try to look at the photos on the event's site without salivating. It's impossible. The West Coast's top pit masters gather for this annual competition for $15,000 and the chance to represent California in the big national event. Get a taste of their best barbecued offerings, take in some live music, arts and crafts and bet on a horse race or two.


Los Angeles Seafood Festival @ Placita Olvera (Olvera Street)
Do you go nuts over a good ceviche? Perhaps, a plate of fresh oysters is your thing. Whether it's a bowl of chowder, poached salmon steak or heaping pile of fish and chips you crave, this fest has you covered. Aside from the plethora of seafood dishes, there are carnival games, crafts, musical acts and all kinds of exhibits to check out from 10 a.m. to 6 p.m. today. 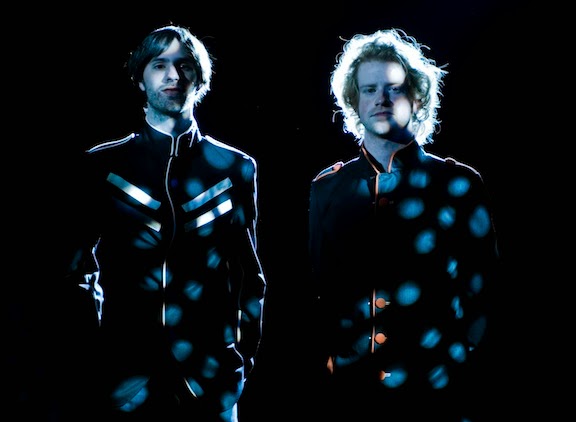 
yOya @ Bootleg Bar (Westlake)
It's easy to become enamored with the L.A. duo just by listening to their new single, "Fool's Gold," one time. Although once you hear it, you'll wind up hitting repeat again and again. Alex Pfender and Noah Dietterick blend elements of classic folk with electronic beats and synthesizers, creating a sound that is just right. Fall in love with more of their tunes when they play Bootleg tonight with the brilliant Moses Sumney.


The National @ Shrine Auditorium (South Los Angeles)
I'm sure you know that the National is literally a band of brothers – with Aaron and Bryce Dessner on guitar, Bryan and Scott Devendorf on drums and bass – so the only member without a sibling in the group, vocalist Matt Berninger invited his younger brother, Tom, to join them on tour as a roadie. Tom chose to film the experience as a documentary entitled Mistaken For Strangers, which Michael Moore calls "one of the best documentaries about a band that I've ever seen." The film makes its theatrical premiere tonight, along with a full set from the band who released their latest album, Trouble Will Find Me, last May.


By the Way, In Conversation with Jeff Garlin @ Largo at the Coronet (Mid-City West)
In addition to currently starring in "The Goldbergs," the comedian also hosts a series of casual talks with different personalities that are part of his By the Way podcasts. Tonight's talk is with one of Garlin's comedy contemporaries, writer/director/actor/comedian Stephen Merchant. The co-writer and co-director of "The Office," Merchant was also in part of "The Ricky Gervais Show" and starred in "Extras" and, most recently, "Hello Ladies." He can make me laugh with his facial expressions alone, so I'm sure an evening with him and Garlin together is going to be hilarious.

Posted by Jigsaw Magazine at 12:28 PM