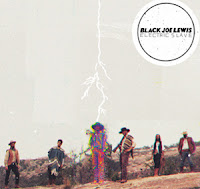 Black Joe Lewis – Electric Slave (Vagrant)
Whether you're in line for your morning coffee, having lunch at a café or in the midst of a crowd at a concert, it's certain that you'll be surrounded people staring at their smartphones – or you might even be one of them. Austin's Joe Lewis titles his latest album as a nod to the fact that most of us are indeed slaves to our cell phones and other electronic devices, as he continues to challenge genre boundaries with searing tracks infused with blues, punk, soul and rock. Electric Slave, produced by Stuart Sikes (White Stripes, Cat Power, Modest Mouse) and John Congleton (Explosions in the Sky, St. Vincent, Okkervil River) alternatively soothes the soul (the horns on "Dar es Salaam" and "The Hipster") and rattles your eardrums with Lewis' screaming guitar solos on songs like "My Blood Ain't Runnin' Right" and "Guilty." Experience the new album in person Dec. 5 at the El Rey.

Carly Ritter – Self-titled (Vanguard)
It's no wonder that the singer-songwriter's debut bursts with lyrics and melodies that scream California – the album features some amazing L.A. musicians: husband-and-wife team Joachim Cooder and Juliette Commagere, Robert Francis and living legend Ry Cooder. Having grown up surrounded by the rock 'n' roll songs favored by her mother and beloved actor/comedian father John Ritter, it wasn't until Carly Ritter's adolescence that she began to explore folk and country by the likes of her paternal grandfather Tex Ritter, genres that she continues to explore in her own music today. Must-listen tracks are "Princess of the Prairie," "It Is Love" and "Save Your Love," a beautiful duet with Francis. Join Ritter in celebrating the album's release at Hotel Café on Sept. 3. 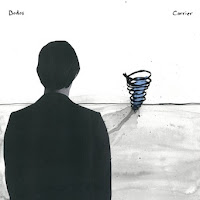 The Dodos – Carrier (Polyvinyl)
A somber tone is set from the first bars of Carrier's opener, "Transformer," that carries on throughout this fifth album from the San Francisco duo of Meric Long and Logan Kroeber. Much of the solemnity is due to the tragic passing of guitarist and former Dodo Christopher Reimer last year. There is a warmth imbued in Carrier, however, and Reimer's influence is definitely felt on the album, especially on tracks like the lead single, "Confidence." See the pair perform at the El Rey on Oct. 15.

Foy Vance – Joy of Nothing (Glassnote)
Although Foy Vance was born in Northern Ireland, it's the music of the American south that stimulated his passion for traditional music. After immigrating to the Oklahoma, he traveled throughout the south with his father, immersing himself in the region's rich musical history. Those travels deeply affect his writing, and he's continued to craft his own sound touring with artists like Bonnie Raitt, Michael Kiwanuka, Snow Patrol and Ed Sheeran. Vance pours all of these experiences into his latest album, from the emotional, heart-pounding opener, "Closed Hand, Full of Friends," to the beautiful title track and "You and I," which features backing vocals from Raitt. And, no, it wasn't just his nifty mustache that grabbed my attention. Check him out at Hotel Café Oct. 28. 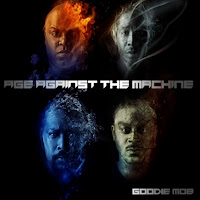 Goodie Mob – Age Against the Machine (The Right)
Most know CeeLo Green from his breakout The Lady Killer album, as a judge on "The Voice" or his work with Gnarls Barkley, but hip-hop lovers came to recognize him as a member of the Atlanta-based act known as Goodie Mob. It's awesome to hear Green rap again alongside Khujo, T-Mo and Big Gipp on their first album in almost a decade, and they give props to band that was a big influence during Goodie Mob's formative years, Rage Against the Machine, in its title. The foursome continue to incorporate social issues into their raps for songs like "Power" and "Amy," and strive for innovation by incorporating rock, electronic and classical elements into tracks such as "Pinstripes," which features T.I., and "Ghost of Gloria Goodchild." My favorite cut, "Special Education," features Janelle Monáe singing the hook. See many of the new songs performed live tomorrow (Aug. 28) at the House of Blues Sunset Strip.

Posted by Jigsaw Magazine at 12:11 PM