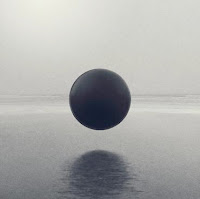 Braids – Flourish // Perish (Arbutus)
This sophomore album from the Montreal trio is a successful blend of cerebral electronic effects and rhythms with engaging, from-the-gut lyrics by frontwoman Raphaelle Standell-Preston. I could imagine Flourish // Perish being played at a hip restaurant, boutique or as a workday soundtrack. Songs like "Fruend" and "Hossak" are not to be missed. Catch their live show Oct. 17 at Bootleg Bar.

Crocodiles – Crimes of Passion (Frenchkiss)
The fourth album from the Crocodiles duo erupts with energy with album opener "I Like It in the Dark," keeps your head bopping with "Heavy Metal Clouds" and tugs at the heartstrings with "Un Chant D'Amour." Bandmembers Brandon Welchez and Charles Rowell began collaborating at 18 in San Diego and currently split their time between New York City and London. Although their locales may change, the elements of noise-pop fuzz they became known for remain, with a clear nod to eras past. They make a return visit to SoCal for a show at the Echo Nov. 8.

John Mayer – Paradise Valley (Columbia)
The singer-songwriter/guitar virtuoso continues to explore American roots music with his sixth studio album that was named for the Montana river valley where he frequently seeks solace. The direction for his follow-up to last year's Born and Raised (his initial foray into folk and country territory) is made clear with the hand-clap inducing opening track "Wildfire," which gets a soulful makeover from Frank Ocean deeper into the album. Mayer teams with Katy Perry for the sweet love duet, "Who You Love," covers J.J. Cale's "Call Me the Breeze" and responds to Taylor Swift's "Dear John" in "Paper Doll." Even if you aren't a huge fan of his albums, Mayer's live shows are not to be missed, so make sure to get tickets for his Oct. 5 show at the Hollywood Bowl.

Joseph Childress – The Rebirths (Empty Cellar)
Speaking of great guitarists, acoustic maverick Childress' debut is quite captivating. The 10 songs were written over two years spent hitchhiking, hopping freight trans and living out of a car before he returned to his childhood home nestled in the Colorado Rockies and recorded The Rebirths in a bathroom. Cracks, thumps and whirring sounds from the home environment add flavor to the tracks, which burst with powerful emotion from his honest lyrics, heartfelt vocals and intricate guitar work.

Travis – Where You Stand (Red Telephone Box)
The Scottish quartet took a five-year hiatus before returning with this new album, their seventh full-length, brimming with the anthemic and cinematic pop songs that put them on the map. If you love Coldplay and Keane, then you must get to know the band, headed by the remarkable Fran Healy, who paved the way for modern Brit-Pop's success in America. Travis visit Los Angeles in the midst of a world tour in support of Where You Stand for an Oct. 4 show at the Wiltern. 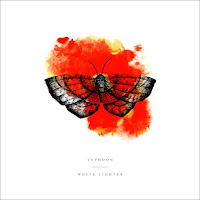 Typhoon – White Lighter (Roll Call)
Grandiose folk? Orchestral pop? It's hard to put a finger on just one phrase that might attempt to categorize the Portland, Ore. collective, and that's the beauty of their music. What could be a mish-mash of 11-plus musicians playing all at once results in bold, beautiful and harmonious compositions. Songwriter Kyle Morton's struggles with Lyme disease led him to think that White Lighter would be his last work, and the passion put into the melodies and lyrics are evident and quite touching. I dare you to listen to tracks like "Young Fathers" or "Summer Home" without dancing and crying and dancing some more. Their Oct. 17 show at the Satellite is going to be one not to miss. 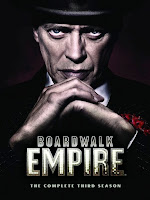 Posted by Jigsaw Magazine at 10:06 AM