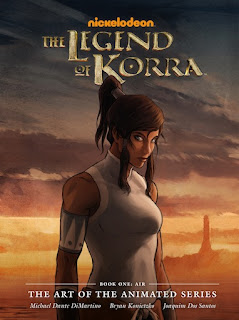 
"The Legend of Korra" Art Book Signing @ Barnes & Noble (The Grove)
I'm not exaggerating when I say that everyone in my family loves "Avatar: The Last Airbender." Each member has watched the entire series at least once, and a couple of us have even read all of its companion books. While its M. Night Shyamalan big-screen adaptation was a huge disappointment, its sequel series, focusing on the new Avatar Korra, is quite good. Both shows' creators Michael DiMartino and Bryan Konietzko released a hardcover collection of never-before-seen artwork from the development of "The Legend of Korra" last month and appear at Barnes & Noble with its co-directors, Joaquim Dos Santos and Ki Hyun Ryu, for a panel discussion and signing tonight.


Everything Is Festival @ The Cinefamily (Mid-City West)
The Cinefamiily and Everything Is Terrible!'s Everything Is Festival IV: The Dreamquest continues this evening (and through Aug. 21), bringing you the best found footage, accidental movie masterpieces, alternative comedy experiments and awesome art and video installations. Tonight's programming features Tony Clifton hosting the stand-up comedy special Comic Relief Zero, a talent show with Thu Tran and Matt Fitzpatrick, Wham City and John Moschitta Jr., and a screening of three Amy Fisher TV movies in the EIF Triple Fisher: The Lethal Lolitas of Long Island complete with Joey Buttafuoco in person. In addition, there is the JUNK pop-up serving unique treats like Watermelon Oreos and Kit Kat Panna Cotta and an Island of Misfit Video Games exhibit.


Watermelon Festival @ The Rose Bowl (Pasadena)
The festival outgrew its Sunland location and celebrates its 52nd year with a move to the Rose Bowl through Sunday. Aside from the delectable food items to be sampled (including free watermelon all weekend), there's plently of entertainment to be had, like fun contests, the crowning of the Royal Court, watermelon carving and cooking demos, rides, games and live music from VIZA, Fever the Ghost and Sad Robot.


Bobby Long @ Troubadour (West Hollywood)
The British singer-songwriter released his latest album, Wishbone, last month and set off on a national tour that finds its way to the legendary Troubadour tonight. Known for his heartfelt song-crafting, Long worked with producer Ted Hutt (Old Crow Medicine Show, Gaslight Anthem) to bring out a grittier edge on Wishbone while continuing to let his awesome vocals and guitar work shine. The new tracks are sure to add even more energy to his captivating live performances, so make sure not to miss this one.


Echo Park Rising (Echo Park)
This is my favorite local festival because I can walk to it! Spanning two days with over 90 acts performing in 22 spaces, as well as participating local business like the Sage, Two Boots, Ballard's Artwork Framing and Red Hill, and food trucks from the Melt and Greasy Wiener to Coolhaus and Los Angeles Shaved Ice, there is so much to fill your eyes, ears and stomach with. The line-up includes Big Black Delta, Sir Sly, White Arrows, the Soft Pack, the Henry Clay People and Eastern Conference Champions. 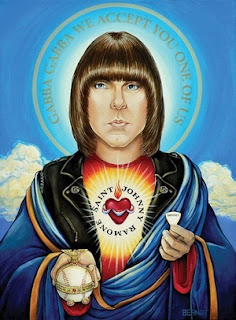 
Johnny Ramone Tribute @ Hollywood Forever (Hollywood)
The ninth annual tribute to the Ramones guitarist promises to be the most exciting yet. After visiting the 8-foot bronze statue of Ramone – as well as Dee Dee's gravesite – you can take part in a Ramones look-alike contest and watch a screening of the John Waters film Cry-Baby. The director is going to be on hand to present the film, do a Q&A and sign autographs with one of the movie's stars, Traci Lords.


Rosemary's Baby/Repulsion @ The Egyptian (Hollywood)
Author James Greenberg just released his new book Roman Polanski: A Retrospective and will be on hand to introduce this double feature of two of the director's works. First up is Mia Farrow and John Cassavetes in the 1968 thriller Rosemary's Baby, followed by Polanski's second film, 1965's Replusion, starring Catherine Deneuve. Greenberg will sign copies of the book in the theater's lobby before the screenings.


Dîner en Blanc
It's quite exciting that the French flash-mob/pop-up picnic with class is taking place for the first time in the City Angels as it celebrates its 25th year. For those unfamiliar with the event, more than 1,000 people, all wearing white clothes, gather together in a public location (past sites include Versailles, the Louvre pyramid and the Eiffel Tower) that is only disclosed to those who RSVP'd, and in a span of minutes set up an elaborate, all-white picnic area. Diners must bring their own tables with white tablecloth, white chairs, china, flatware, drinks and gourmet feast, but despite all the rules, the events always seem like so much fun.

Posted by Jigsaw Magazine at 11:11 AM